From an award-winning author, another title in a chapter book series featuring African American and Latino boys that’s full of kid-friendly charm and universal appeal

In the fourth book in the Carver Chronicles series, third grader Calvin is dealing with his next door neighbors moving away—and the school bully moving in. Meanwhile, competition at the school science fair is heating up, and Calvin must decide what to do when his data doesn't prove his theory. This lively installment in a chapter book series about a diverse group of elementary schoolers by Coretta Scott King Honoree Karen English offers spot-on storytelling, relatable characters and situations, and plenty of action. (Spanish copy TK)

Calvin is pacing the floor in his room. He has a problem. He has to come up with an idea for the science fair. His topic and hypothesis are due on Wednesday, and he can’t think of anything. He made the mistake of putting it off even though Ms. Shelby-Ortiz gave the stragglers an extra week. It turns out that Calvin and all his friends—?Carlos, Richard, and Gavin (yes, even Gavin)—?are in the group of stragglers.

As he paces, he runs stupid ideas through his head: how to make a rain cloud in a bottle (Rosario did that in second grade), how to keep a balloon from popping (Gavin did that one last year, and it seemed kind of like a baby project), how to keep an egg from breaking (That was Richard’s project, and, unfortunately, he managed to break eggs during his demonstration. So that project is out of the running. Could Calvin actually do Richard’s old project when it didn’t work?).

Maybe if he plays just one video game—?just to relax and free his mind—?an idea will pop into his head like magic. He pulls the controller out from under his bed, turns on the TV, sets it up, and starts a quick game of Wuju Legend.

While he’s playing, he listens for his father’s footsteps on the stairs. If he catches Calvin, then he’ll think that Calvin’s mother was probably right about not wanting Calvin to have a TV in his room.

It had been a close call. His mother had argued, “No. Absolutely not.”

But his father had said that they could give it a trial run, and if it became apparent that Calvin couldn’t handle it, the TV would be removed. Since then, Calvin has made sure he looks like the kind of kid who can handle having a television in his room. He tries to keep it mostly off—?except when he needs to play a video game to relax.

Calvin takes the stairs two at a time, marveling at his own athletic prowess. Then he’s out the front door, sitting on the top step of the porch, and noticing an interesting hustle and bustle next door. Movers are carrying things to a huge moving van. What? The Hendersons are moving?

The movers are carrying furniture and lamps, and neatly sealed boxes labeled DISHES, BOOKS, LINENS. How could the Hendersons be moving? They’ve been there forever.

They’re an older couple—?older than his parents, even. They happen to have three grandsons, all around Calvin’s age. Every year since Calvin was old enough to remember, the grandsons have come up from Florida to visit. For the whole summer. It’s been like suddenly having brothers and not being an only child anymore. How can the Hendersons be moving? How can they be doing this to him?

His father probably knew all about it. Why hasn’t he said anything? Calvin pulls himself up and heads for the kitchen, where his dad is sitting at the table reading the newspaper.

His father is just raising a coffee cup to his lips as Calvin bursts into the kitchen.

“The Hendersons are moving?”

“Oh, yeah.” He doesn’t even look up from his paper. “I meant to tell you. They’re moving down to Florida to be closer to their grandkids.”

“That’s not fair! That means I’m not going to see Robbie, Todd, and Evan anymore.”

Calvin looks at him as if he’s grown horns. How could he not have thought of that? How could he have kept all this from him? It’s major! Doesn’t his father care about how he feels? Now he puts down his coffee cup and looks as if he’s trying to come up with something that will make Calvin feel better.

“Well, you can always write them a letter.”

“Because no one writes letters, Dad. They’d think I was crazy if I wrote them a letter.”

“Then how are kids pen pals?”

“That’s not the same as them being here, right next door.”

They just look at each other for a few seconds. Then Calvin flops down in a chair and stares at the box of cereal in the middle of the kitchen table. He feels abandoned all over again. His mom has been gone for a month helping Grandma Kate. She fell and broke her hip, and his mother had to go off to New Mexico to take care of her. She’s going to be gone for another whole month.

If his mother were here, they’d be having pancakes right now. He’d be pouring blueberry syrup over a stack of buttermilk pancakes instead of staring at the back of a box of whole-grain cereal.

“Well,” his father says, “maybe the new family will have kids. They could have three boys.” He shrugs. “It’s possible.” Calvin doesn’t respond. After a while his dad says, “They could have five.”

Calvin pours himself some cereal in silence. Of course they’re not going to have five boys. Does his father think he’s some kind of baby who will believe anything?

On Sunday, while Calvin is back to thinking and thinking about the science fair—?and playing just one more video game—?he hears the sound of a truck backfiring next door. He ignores it. Earlier that morning, he’d been busy looking at the calendar on his door and coming up with a plan. A weak plan, but still—?a plan. Every day until he comes up with a project idea, he’ll spend thirty minutes brainstorming. He’ll brainstorm and brainstorm until there’s a payoff. More noise next door distracts him then.

It sounds like someone’s moving in already. Maybe it will be a family with a kid after all. A boy just his age—?one who loves basketball like Calvin does and has the latest Wuju Legend video game. The one Calvin asked for and his father s...

"...it’s the realistic portrayal of Calvin’s emotions and his struggles to understand Harper that make this early chapter book so very readable."

"Freeman’s black and white spot art is cute without being cartoony, catching reality in the slouch of a kid over a gaming console or the glare of a girl about to get reported to the teacher. Readers following the Carver School students will appreciate another warm and approachable outing with the gang."

"...Carver is a welcoming, multicultural place. Chronicling the importance of empathy and openness, this fourth in the Carver Chronicles is a pleasing addition to a series in which diverse readers can recognize themselves in starring roles."

Praise for The Carver Chronicles

"Many independent readers, particularly boys, will identify with these . . . appealing and likeable characters."—Kirkus

"A much-needed story in which African American boys can see themselves reflected in a positive light, completely free of the usual tropes."—Booklist

"Chapter book readers have few options if they want to read about urban boys of color; here's hoping for more.”—The Horn Book 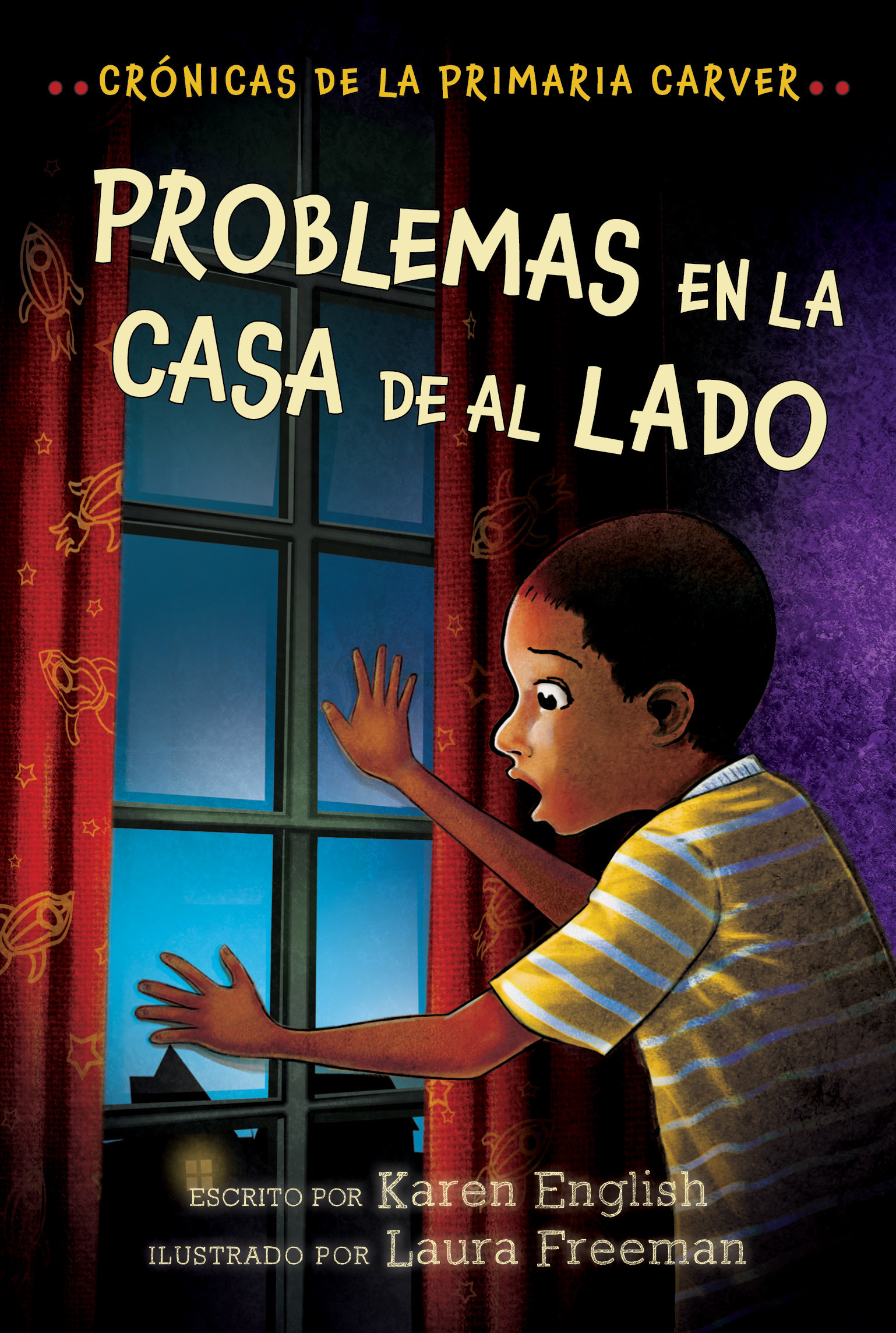