Told in alternating points of view from Pocahontas and John Smith, the authentic story of how Pocahontas took her place as the leader of her people.

In 1607, when John Smith and his "Coatmen" arrive in Powhatan to begin settling the colony of Virginia, their relations with the village's inhabitants are anything but warm. Pocahontas, the beloved daughter of the Powhatan chief, Mamanatowic, is just eleven; but in spite of her age, this astute young girl acts with wisdom and compassion, and plays a fateful, peaceful role in the destinies of two peoples.
Drawing from the personal journals of John Smith, Joseph Bruchac, winner of the American Book Award for Breaking Silence, reveals an important part of history through the eyes of two historic figures.

About the author
Joseph Bruchac

JOSEPH BRUCHAC is a poet, storyteller, and author of more than sixty books for children and adults who has received many literary honors, including the American Book Award and the PEN Syndicated Fiction Award. He is of Abenaki and Slovak heritage, and lives in Greenfield Center, New York.

STEPHEN T. JOHNSON has illustrated many books for children, including two by Robert Burleigh: Goal and Hoops, an ALA Notable Children's Book and a School Library Journal Best Book of the Year. He lives in Kansas.

Long ago, Ahone, the Great Mysterious Spirit, created the world. Great Ahone created Moon and Stars to brighten the darkness of the night and to be companions and dwell with Great Ahone.

Sun was also made by Great Ahone to give brightness and warmth to the days. With that light of the Sun, all could be seen, and all that had been made by Ahone was good to see.

I AM MY FATHER'S favorite daughter. This means a great deal, for he is Mamanatowic, the Great Chief of all the Powhatan towns. My formal name is Amonute. But my everyday name is Pocahontas. That name, which almost everyone calls me, fits my personality much better. In the language of the Coatmen it might be translated as One Who Makes Mischief. My father suggests that it really means She Who Wants to Know Everything. He says that although I have only seen the leaves return eleven times, I have already asked more questions than most people do in a whole lifetime.

It is because I ask so many questions that, even though I was not there, I know what it was like in times past when the great swan canoes swam into sight on Chesepiock, our great salt bay. The man of Kecoughtan who first saw them said that for a few heartbeats-and his heart was beating very fast-he did not recognize what they were. Those quintansuk looked like birds, giant swans with huge white wings, breathing smoke and fire out of their beaks. When he realized what they were and who they must be carrying, his heartbeat became even faster. Tassantassuk. Outsiders! He quickly turned his quintans, made from the trunk of a cypress tree, and paddled as fast as he could to shore. He had to warn the people. The Tassantassuk had returned! They had come from the sunrise to our lands and waters before. Our memories of them were not good.

I am too young to have my own memories of the first arrival of the Outsiders. But my father's memory and the memories of our elders all look much further back along the circle of seasons than my eyes can see. It would be better if they were the ones to speak of what happened, but I will do my best to tell their memories truthfully.

The first Outsiders to come in such giant canoes called themselves Espaniuk. Some wondered if they were really men and not giant squirrels dressed in long coats. The faces of those coat-wearing men were as red and furry as squirrels. They also had long, clever fingers like those of Arakun, the masked one who scratches with his hands. Further, the Coatmen spoke in a strange language, which sounded to some of us like the growls and whines and barks of animals. Strange as they were, our people greeted and welcomed them as friends. That friendship did not last long. Those first Coatmen treated our people badly. When we protested the way they pushed us about, they attacked us.

Some of the Coatmen had what we thought to be hard shells like Terrapin, the Sea Turtle. Those shells were so hard that arrows and spears could not pierce them. The men also carried sticks that burned and then roared like thunder. Whenever the thunder sticks roared, they shot out a hail of small stones that made terrible wounds when they struck a person.

When our men finally caught one of those hard-shelled Espaniuk during a battle and skinned him, they were surprised at how easily his shell came off. They realized then that it was only a hard kind of clothing. Those first Coatmen finally saw they could not make us do as they wished. They left our land and waters.

When those Outsiders left, they stole one of our people, a man named Young Deer, whose father was werowance of Paspahegh. They took him across the wide water to a great island called Kew-ba. Then they sailed even farther, to the place where all men have faces like furry animals. Ten winters passed before those Outsiders came back. With them was Young Deer, who now dressed as the Coatmen dressed, wearing a long black robe. They called him Ton Loo-wee. He looked much like them, but our people recognized him. Hair had not grown to cover his cheeks, and he still knew how to speak as we human beings do.

The Coatmen thought Young Deer had become one of them. He had not. He threw off his long black coat and rejoined his people. Some of those black-robed Coatmen followed him to his uncle's home. They insulted Young Deer and tried to beat him. They called our people thieves because we picked up and took some of the things the Black Robes left lying about. Those black-robed Coatmen behaved so badly that all but one of them were killed. Some of our people thought that this ended the trouble. Young Deer told them otherwise.

"You do not know the Espaniuk as I do," he said. "More will come again from the sunrise in their great swan canoes. When they come, they will try to kill us."

Six moons passed, and it happened just as Young Deer had said. When the Corn Moon came, the Espaniuk returned. They killed many of our people with their thunder sticks. Then, once again, they left our land and waters. From that day on, the people of Paspahegh held both fear and hatred for the Coatmen.

From then on, I am told, we kept a watchful eye. More than anyone else, my father saw that we must be ready for danger. He was then the werowance, the commander of our village, of Powhatan, the place at the head of the waterfall. His vision told him what must be done. All the different villages of our people had to band together to be strong for when our enemies returned from the sunrise. My father's vision was strong. Some joined his great alliance willingly. Other villages only gave in after we made war upon them and defeated them. My father became Mamanatowic, Great Chief of all the villages, the Powhatan. All decisions for peace or war were now made through him and his council of advisers. So it was that word was quickly brought to him about the arrival of these new Tassantassuk.

Some prepared to fight, especially the Rappahannocks. Only three winters ago, a swan canoe like these three had come to our shore bearing Outsiders who called themselves Songleesuk. Those Songleesuk visited my father. The Great Man of those Songleesuk, who was very tall, said he came to trade with us and wanted to be our friend. This pleased my father. Perhaps these new Coatmen were different. He gave them permission to trade with our villages. The new Coatmen then took their big ship up the Rappahannock River. The werowance of Rappahannock made them welcome. But the Songleesuk did not continue to behave as guests should. They did something awful.

It is said that the strangers did that awful thing because a Rappahannock man picked up one of their tools as if to carry it away with him. It is hard to believe that. Why would anyone hurt another person for only picking up a tool? But perhaps it is so. One of the strange things about Coatmen is that many of them seem to value their possessions over friendship or human lives. For whatever reason, the tall Great Man of the Tassantassuk pointed his thunder stick and killed the man who had picked up the tool. Then the other Coatmen fired their thunder sticks, too. They killed the werowance of Rappahannock, burned the town, took some of the shocked villagers as captives, and sailed away. So it was that the Rappahannocks swore they would fight the Coatmen if they ever returned.

Many of our own people, though, hoped that these new Coatmen would finally be different. Perhaps they would be true friends. After all, some Tassantassuk had learned to live peacefully among us. Those Outsiders came to the outer shore five returnings of the leaves before I was born. They made a small village on the island Roanoak. Then their swan ship left them. They were abandoned so long by their own countrymen that they began to starve. All would have died without the help ...

"Both characters come to life instantly, and the daily accounts are rich with details of everyday life . . . A first choice for those interested in exploring the topic."--Kirkus Reviews 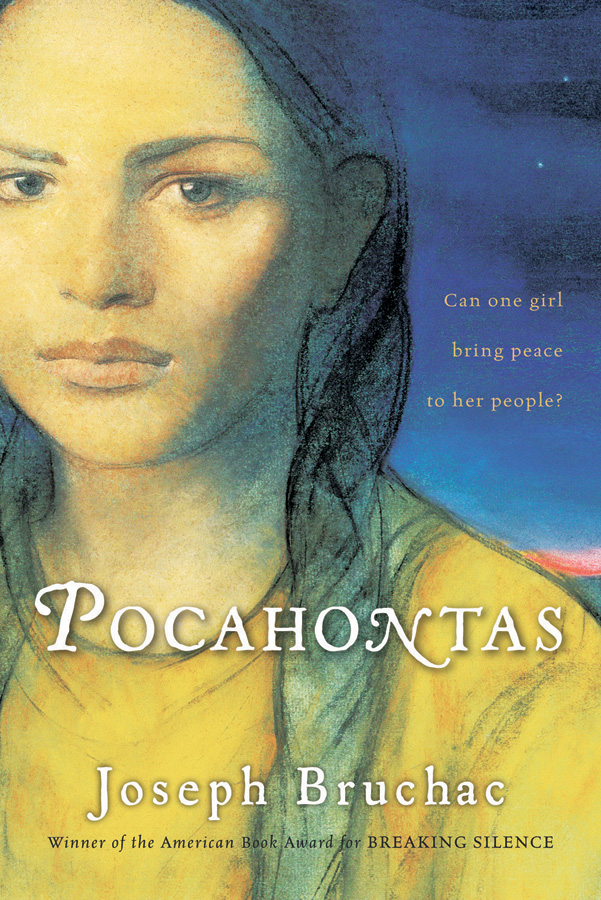