When Mortimer's parents allow him to bring home Mr. Lester's seemingly innocent classroom plant for vacation, he finds that when you give a living thing love, you just don't know where it will lead!

Mortimer Henryson loves Plantzilla, the plant he's been taking care of all year in his third-grade classroom. He loves him so much, he takes him home for summer vacation. What could go wrong with a . . . plant? But life in the Henryson household soon takes a strange turn. A pot roast disappears, then steaks from the grill--and where has Mrs. Henryson's prize Chihuahua gone?
In this hilarious story told ingeniously through letters, Jerdine Nolen and David Catrow team up to show that when there's enough love, even the most unlikely character can become part of a family.

About the author
Jerdine Nolen

David Catrow is an editorial cartoonist and the illustrator of more than seventy books for children, including the New York Times bestseller I Ain't Gonna Paint No More! and I Like Myself!, both written by Karen Beaumont, Dozens of Cousins by Shutta Crum, Plantzilla by Jerdine Nolen, and Rotten Teeth by Laura Simms. He lives in Ohio. www.catrow.com.

"Nolen delivers another picture book with a far-out premise and plenty of heart."

"A terrific story about caring and friendship."--The MetroWest Daily News 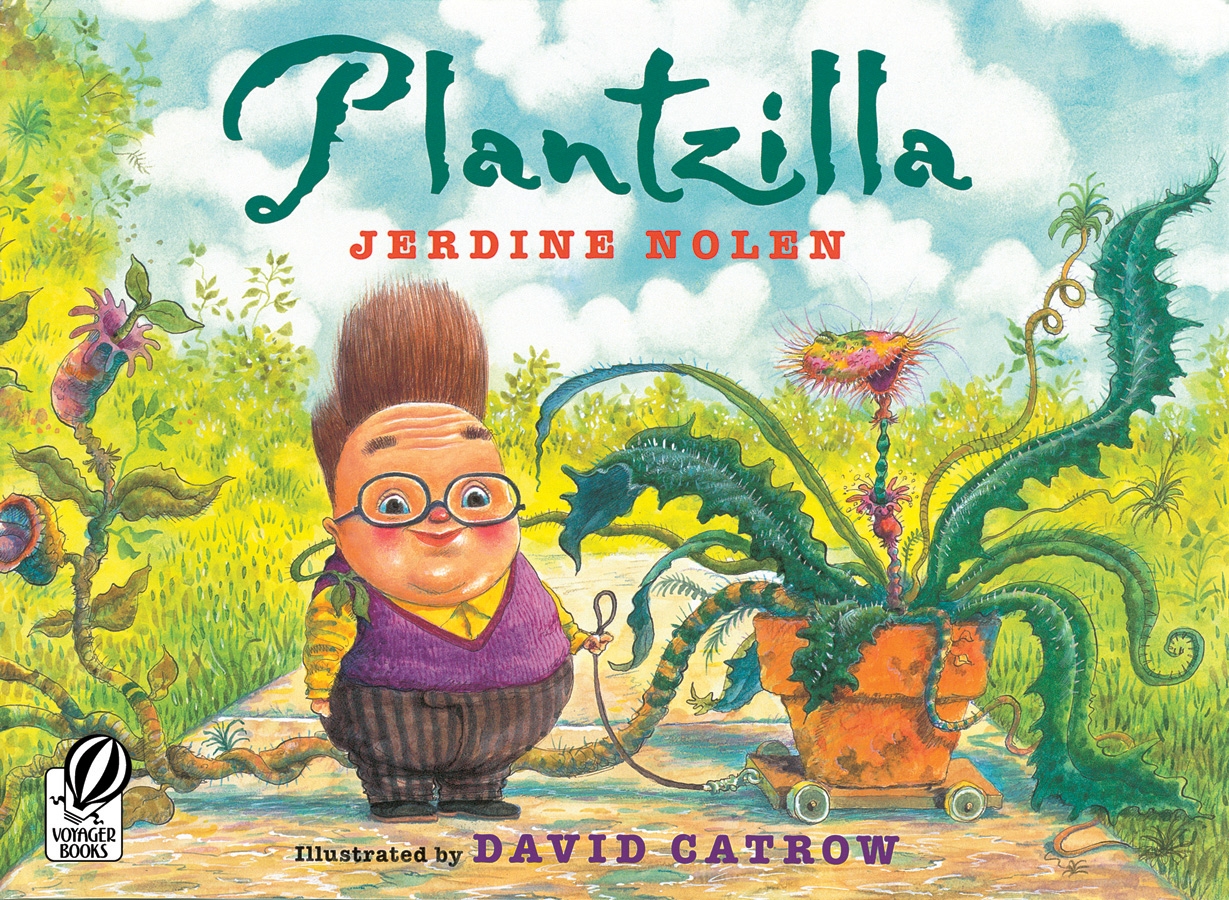