by Karen English and Laura Freeman
$15.99

Third-grader Richard and his friends are just four days away from setting a record for excellent behavior and earning a classroom pizza party when disaster strikes—their beloved teacher is out sick, and the strictest, meanest substitute has taken her place! Will their dreams of pizza be dashed when the sub suspects that some of them have been cheating?

This gently humorous installment in a chapter-book series about a diverse group of elementary schoolers by Coretta Scott King honoree Karen English offers spot-on storytelling, relatable characters and situations, and plenty of action.

Stupid Is Not a Bad Word

The children of Room Ten (except Ralph Buyer, who’s absent again) at Carver Elementary School are standing in line, ramrod straight, heads forward, mouths closed. They are waiting for their teacher to pick them up from the yard. It’s Monday, and it’s their sixteenth day of excellent lineup behavior. Four more days of perfect morning lineup behavior and they get to have a pizza party. Their teacher, Ms. Shelby-Ortiz, has promised them. And she always keeps her promises.

So they wait, arms at their sides, mouths empty of chewing gum, lips pressed together against conversation spilling out. Well, Richard can see Calvin Vickers rolling his shoulders every once in a while—which he can completely understand, because suddenly he’s feeling a teensy bit antsy too.

Richard wishes he could run in place—just a little. It’s hard to hold this very still posture. He sneaks a look at the main building’s closed double doors. The doors Ms. Shelby-Ortiz usually comes through when she picks them up from the yard. Most of the teachers have already picked up their classes and are walking back in that direction at the front of their lines. But nearly all of those lines are loose lines, Richard notes.

Not straight. Not quiet. Not everyone keeping their hands to their sides. He sees Montel Mitchell yank the hem of Brianna’s jacket. She turns around and yells something at him, and their teacher just keeps walking them toward the main building like she doesn’t even notice.

Richard lets out a tiny laugh. He’s pleased that Room Ten’s line has outshined all other lines for the past sixteen days. He’s pleased that he’s done his share. The slight smile on his face freezes when he suddenly hears hissing behind him. It’s Yolanda.

“What are you doing?” she whispers.

“Nothing,” he whispers back.

“You’re not standing perfectly straight and I can hear you laughing about something.”

He straightens up. “I am too standing perfectly straight.”

This catches Miss Goody-Goody Antonia’s attention and she says to him in a voice slightly louder than a whisper, “You’re not supposed to be talking. Will you two please just shut up!”

Now Carlos, in front of her, jumps in. “Ooh, you said a bad word!” He turns practically all the way around to make his point face-to-face.

“I did not say a bad word,” Antonia counters in her normal voice. “It’s only a bad word at school. Nobody outside of school thinks shut up is a bad word.”

Deja joins in, but she keeps her head forward and her voice low. “We are at school. So shut up is a bad word.”

“Not in the regular world,” Antonia replies. Then she lets go with a long, long sigh, closing her eyes and leaning her head back a bit, as if exercising extreme patience with her classmates.

“It’s not stupid by itself that’s a bad word. Calling someone stupid is what makes stupid a bad word,” Nikki says.

Carlos looks toward the main building’s closed doors and then says in a loud voice, “Would you all just be quiet! We’re going to lose the pizza party!”

That stuns everyone into silence. They adjust their postures and look straight ahead, returning to their perfect lineup behavior. Then, way across the yard, they see the main doors open. It’s not Ms. Shelby-Ortiz, Richard is surprised to see. It’s Mr. Blaggart, the sub they’d had when Ms. Shelby-Ortiz broke her ankle.

He was mean. It had seemed like he was their punishment for driving away their first sub, Mr. Willow—who was way nicer.

Richard remembers some of their bad behavior. It had been Carlos’s idea to skip around while he was reading out loud. And Ayanna was the one who decided to read in a voice so low no one could hear her. He’s not sure whose idea it was for a bunch of kids to have a coughing fit during silent reading, but it was definitely Rosario who’d told everyone to sit wherever they wanted. And to keep switching names so poor Mr. Willow could never learn them.

The last straw—after the class’s coughing fit—had come after lunch. Another teacher must have told Mr. Willow about the “Kick Me!” Post-it Carlos had stuck on the back of his sportcoat when he went up to ask him a question about the Social Studies assignment.

Poor Mr. Willow. He finished out the day, but he did not come back. That’s when Richard felt extra guilty. Mr. Willow didn’t deserve to be treated like that.

The next day, they’d had Mr. Blaggart. Former drill sergeant, current mean, mean, super-mean substitute teacher. Richard sighs. He wants to say something to Gavin, who’s three people ahead of him in line, but knows he’d better not.

You can hear a pin drop as the class enters Room Ten. There’s a list of their names on the whiteboard with a series of tally marks next to each. Richard looks at Gavin. Gavin shrugs. “I think we have to not get any of those tally marks erased. You have to keep as many as possible,” he whispers.

Richard thinks about this. “He didn’t do that last time.”

Those who have permission to bring their backpacks to their desks to hook onto the backs of their chairs head to their tables. Those who Ms. Shelby-Ortiz has decided can’t be trusted to have their backpacks within reach place them in their cubbies. Then they find their seats. Richard has to—temporarily—leave his backpack in his cubby. The week before, Ms. Shelby-Ortiz caught him with a toy in his desk.

“Wonder where Ms. Shelby is?” Carlos whispers to Richard before he heads to his desk with his backpack. Not fair, Richard thinks. The toy was Carlos’s. He’d let Richard “see” it right before line-up, and Richard hadn’t had a chance to give it back.

“Yeah. Where is she?” Richard mumbles to himself. He looks around. And where is Khufu? He doesn’t even know yet that Room Ten has a sub. And not just any sub.

Suddenly the shrill blast of a whistle interrupts the hushed silence. Everyone freezes in place. Richard and Carlos exchange looks.

“This getting into your seats and taking out your journals and getting started writing is taking too long.” Mr. Blaggart looks around the room, then walks over to the board. “Obviously this class does not remember my rules. Let’s go o... 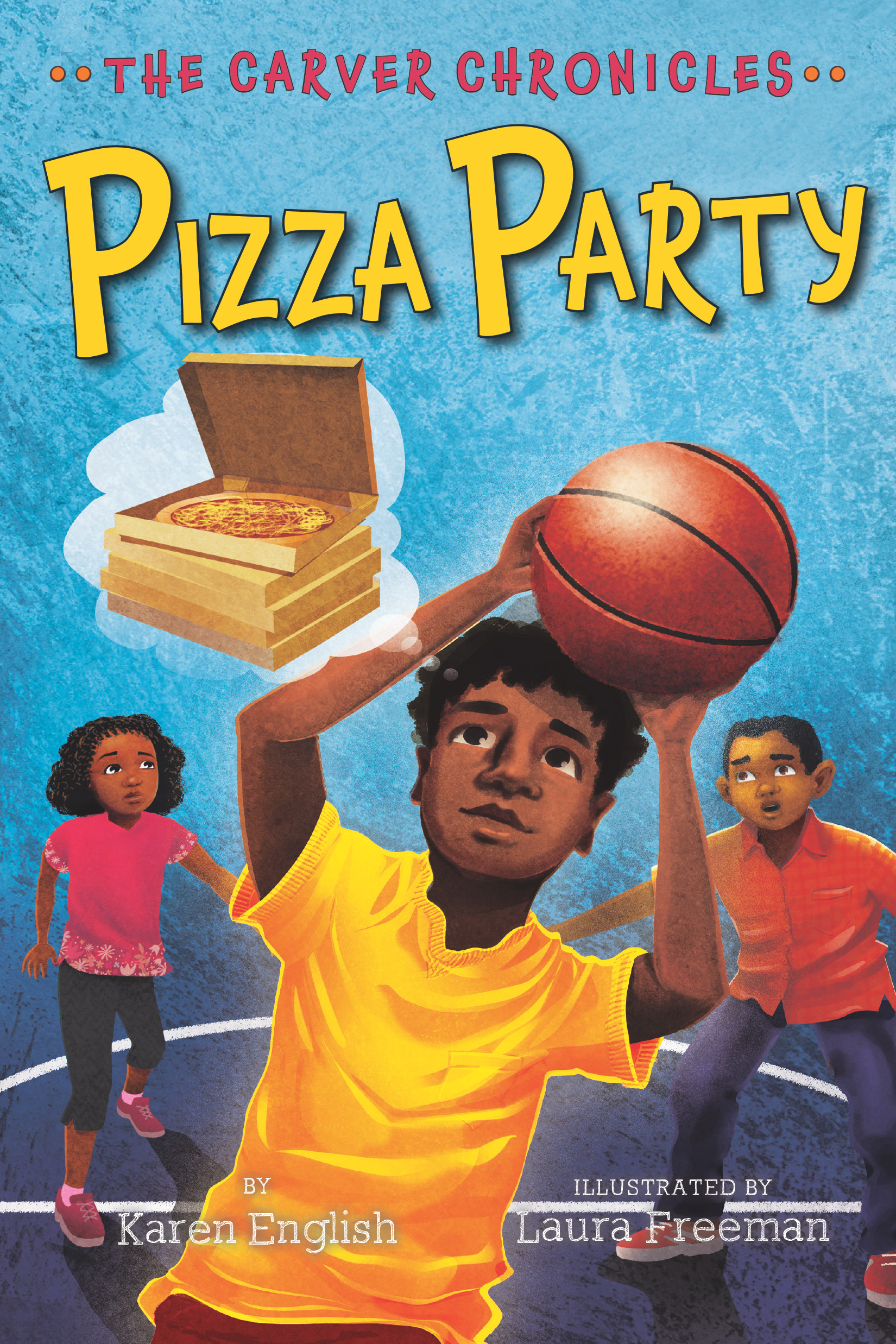