Peggy: A Brave Chicken on a Big Adventure

Swept away by gusty wind and deposited on an unfamiliar city street, Peggy the hen goes for a walk, taking in the sights, and manages to make her way back home with new friends and a new routine that includes trips to the city. An engaging and funny picture book on the important theme of independence.

Peggy the hen is contented with her quiet existence and daily routine. When a powerful gust of wind sweeps her up and deposits her in the midst of a busy city, she explores her new surroundings, makes new friends, and cleverly figures out how to get home—with a newly kindled appetite for adventure. Evocative full-color paintings follow Peggy’s journey, offering comical details that reward repeated viewing. This reassuring tale and its unruffled heroine invites discussions of exploration, safety, and resourcefulness

About the author
Anna Walker

* "A charmer of a chicken. . . Here's hoping that Peggy has many more big adventures."

"The subtle color palaette remains constant, regardless of Peggy's surroundings, exuding a calm throughout that is emulated by the varied illustration formats, the text, and Peggy herself." 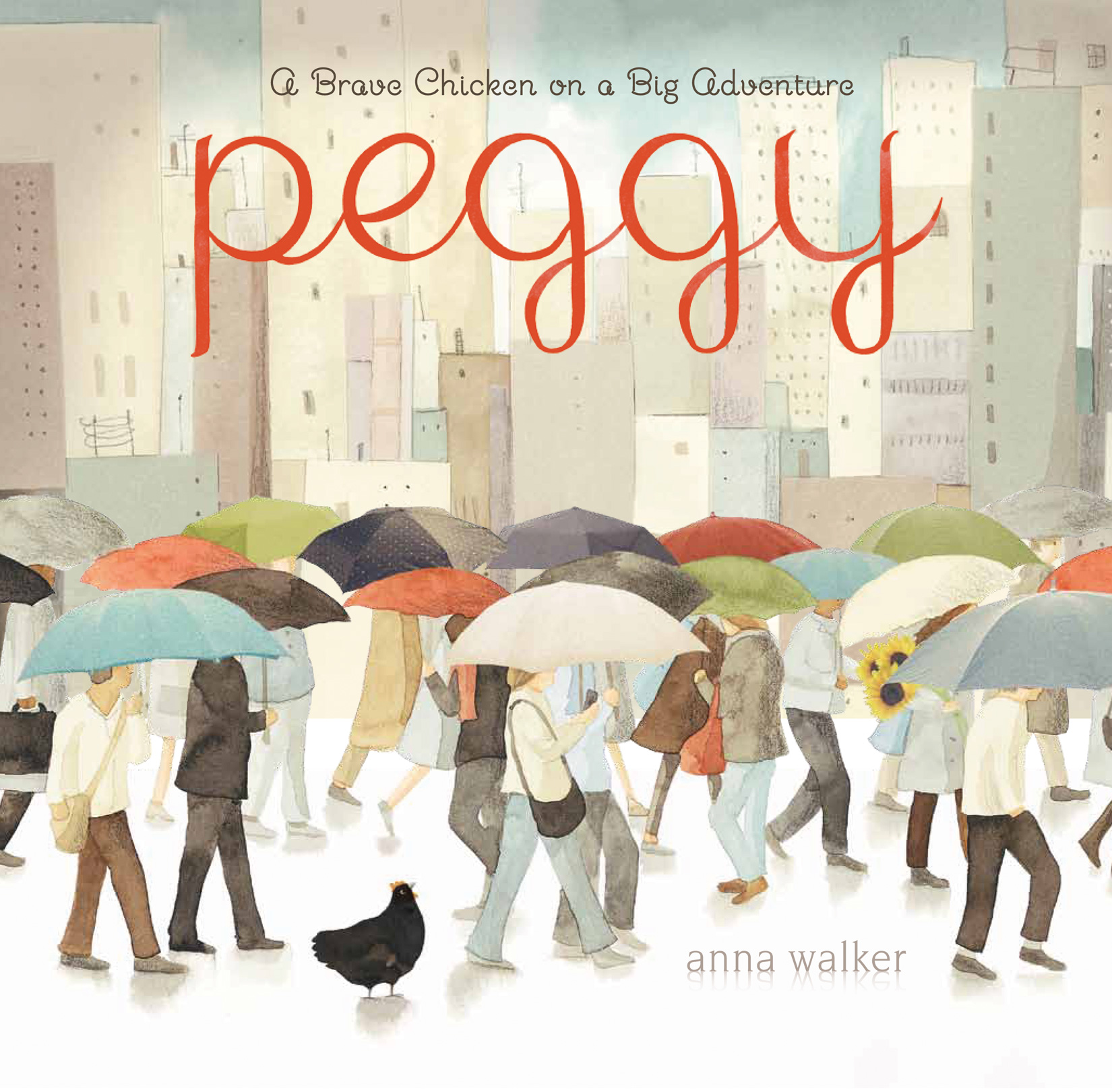