One for Sorrow: A Ghost Story

Against the ominous backdrop of the influenza epidemic of 1918, Annie, a new girl at school, is claimed as best friend by Elsie, a classmate who is a tattletale, a liar, and a thief. Soon Annie makes other friends and finds herself joining them in teasing and tormenting Elsie. Elsie dies from influenza, but then she returns to reclaim Annie's friendship and punish all the girls who bullied her. Young readers who revel in spooky stories will relish this chilling tale of a girl haunted by a vengeful ghost.

Although I didn’t realize it, my troubles began when we moved to Portman Street, and I became a student in the Pearce Academy for Girls, the finest school in the town of Mount Pleasant, according to Father. I was shy, maybe even a little timid, and I had no idea how to make friends. In my old town, there were three girls my age living in my neighborhood, and I didn’t remember making friends with them. We lived on the same street, and we were friends. It was as simple as that.

But no girls lived on my new street, so when I walked into class on a sunny September day, I didn’t know anyone. All I saw was a sea of white blouses, blue ties, and blue skirts. Row after row of them. I was too nervous to notice the faces, just the uniforms.

Miss Harrison introduced me. “Girls, it’s my pleasure to introduce Annie Browne, new to our school from the Fairfield Academy in Mount Holly. Please make her feel welcome in true Pearce fashion.”

I didn’t smile for fear no one would smile back. With my head down, I took my seat, folded my hands on my desktop, and stared at the stack of books Miss Harrison gave me. World Geography, the biggest and thickest, was on the bottom. Weighing it down were five more books—?Sixth-Grade Arithmetic, Adventures in Reading Book II, Grammar Handbook, United States History, and A Girl’s Treasury of Poetry, as well as a penmanship workbook.

Miss Harrison began the morning exercises with the Lord’s Prayer, but before we began the Pledge of Allegiance, she said, “Let us say a prayer for our boys overseas. May God bring them home safely from this terrible war.”

We bowed our heads, and I prayed especially hard for Uncle Paul, Mother’s brother who was in France fighting the Germans. The newspapers were full of dreadful stories of trenches and poison gas and bombs and battles. I worried every day about my uncle. I wished President Wilson had never declared war, but Father said it was our duty to save Europe from Germany. I was glad he was too old to be drafted.

After we pledged allegiance to the flag, we took our seats and Miss Harrison pulled down a large map of the world and quizzed us about the war. Tapping her pointer on northeast France, she asked what was happening there. I wasn’t sure, so I lowered my head and prayed she wouldn’t call on me.

Plenty of hands shot into the air. Miss Harrison looked around the room and said, “Rosie O’Malley. Stand up and tell us what you know.”

A red-haired girl in the back row got to her feet. She had so many freckles you could hardly see her skin.

She grinned at the girl who sat beside her. “That’s the Argonne Forest,” she told Miss Harrison. “We’re fighting a big battle there against the dirty rotten Huns.”

Miss Harrison frowned. “Correct on location, Rosie, but I’ve told you before not to use slang. In this class, we speak formal English. Please repeat your answer, using appropriate terminology.”

Rosie shrugged. “All right. We’re fighting the dirty Germans in the Argonne Forest, and I hope we kill every one of them.”

A low giggle spread through the room, and Miss Harrison frowned again. “Just answer, Rosie, without the adjective and your opinions.”

Rosie’s face turned as red as her hair. “We’re fighting the Germans in the Argonne Forest, but we all know they’re dirty Huns. That’s what everybody calls them. Huns, Krauts, Fritz, swine—?why can’t we say what they are?”

“You may use crude language when you are not in school, Rosie, but in this room you will speak formally. Please see me after school.”

Rolling up the map with a snap, Miss Harrison told us to open our arithmetic books. Instead of giggles, I heard soft moans. Whether it was sympathy for Rosie or dread of arithmetic, I couldn’t tell. Maybe both.

After a lesson on changing fractions to percentages, we diagrammed long complex sentences that used up a whole page in my notebook and took a spelling test. Not too hard; I only missed two words out of twenty—?a solid B. Father would ask why I missed two, of course, but Mother would say there was nothing wrong with a B.

When Miss Harrison dismissed us for recess, I was happy to stretch my legs but worried about going outside to play with girls I didn’t know. I walked to the cloakroom slowly, hoping the others had already gotten their coats and rushed to the playground.

Only one girl remained. She had a pale, round face, and her blond hair was pulled tightly into French braids. She was taller than I was and heavier, not actually fat, but definitely not thin. When I reached for my sweater, she smiled at me, revealing a mouthful of the most crooked teeth I’d ever seen.

“My name is Elsie Schneider,” she said. “And we’re going to be friends, Annie Browne. I knew it when I saw you come through the door.”

She grabbed my hand. Her skin was cold and damp, and I wanted to snatch my hand away and wipe it on my skirt. But that would have been rude, so I let her hold it.

Elsie led me down the empty hall. “There’s lots you need to know about this school,” she said. “Things I wish somebody had told me when I started here last year.”

“It seems nice,” I said. “As far as schools go,” I added so she wouldn’t think I was a goody-goody.

“Nice?” Elsie laughed. “Just wait. You’ll see. The girls here are all conceited snobs. They’ve already chosen who they want for friends. They didn’t choose me, and they won’t choose you, either.”

She squeezed my hand so hard it hurt and added, “But that’s all right because we have each other.”

Pushing open a door, she stopped on the top step. Below us, the girls in our class played tag, jumped rope, and gathered in laughing groups.

Of all the girls, Rosie laughed the loudest and talked the most. She was like a toy wound up too tight. She swung high and ran fast, and everyone followed her, doing what she did, and calling “Rosie, wait.” “Rosie, I’ll share my cookies with you if you sit next to me at lunch.” “No, sit next to me, and I’ll give you my cupcake, devil’s food with chocolate icing.” “Rosie, come to the sweet shop after school, and I’ll buy you a peppermint stick.”

Rosie never said yes or no. She laughed and kept going as if she was waiting for the best offer.

Elsie made a face. “And that girl, Rosie O’Malley, is the worst one of all. You saw how rude she was to Miss Harrison. She’s abs...

"Hahn’s story is characteristically steeped in eerie atmosphere, and the novel’s blend of historical drama, the supernatural, and the intricacies of adolescent friendship is a gripping combination." —PW

"Hahn is a veteran author who clearly knows her apples about writing ghost stories, as this, her latest inventive page-turner, evidences... Shivers aplenty, but also genuine emotion that will invite empathy." — Booklist

"Another historical and chilling success." —Kirkus

"Another solid addition to Hahn’s oeuvre, this would also make a spine-chilling pair with Cohen’s The Doll’s Eye." —Bulletin 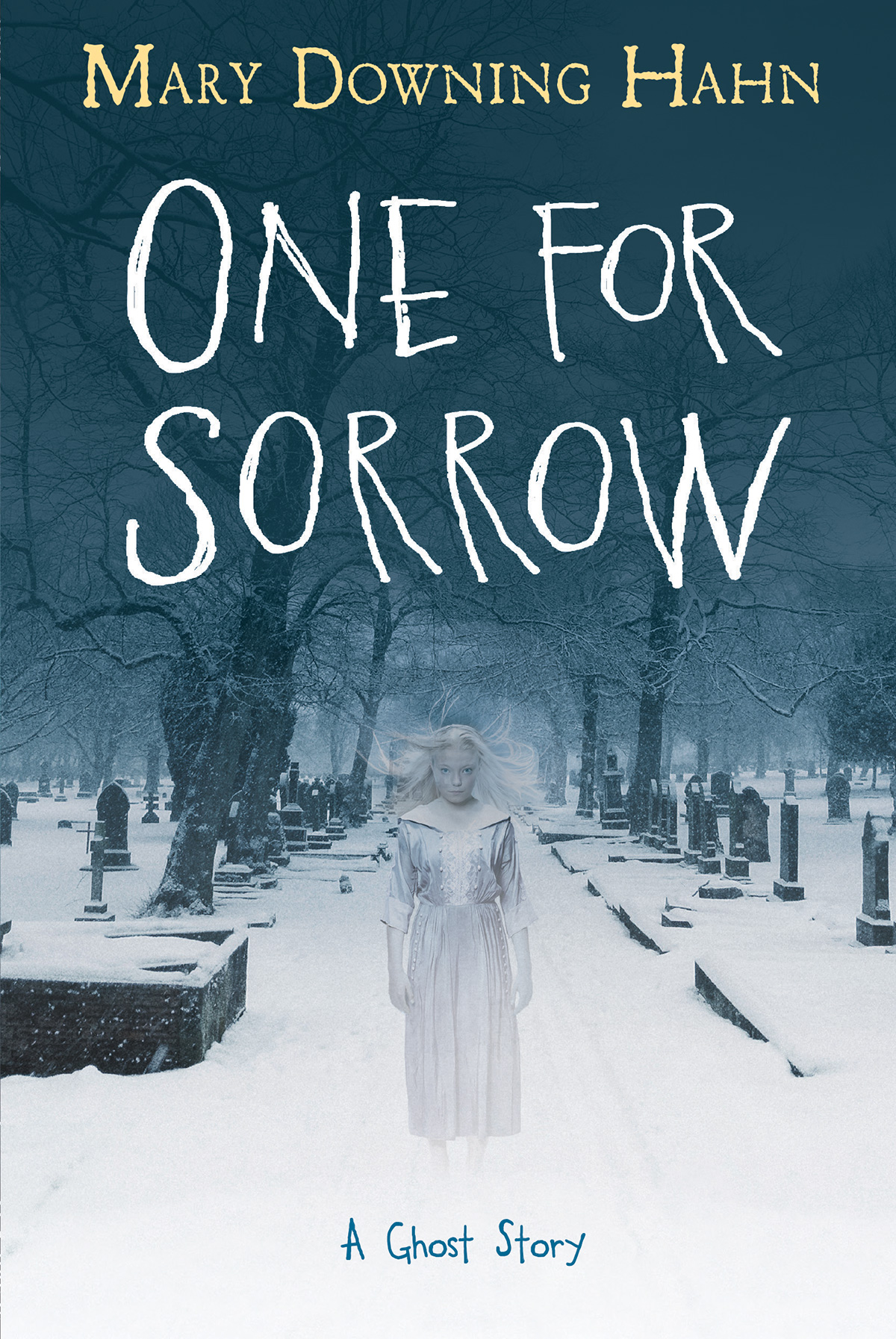