Beloved author Gary D. Schmidt expertly blends comedy and tragedy in the story of Doug Swieteck, an unhappy "teenage thug" first introduced in The Wednesday Wars, who finds consolation and a sense of possibility in friendship and art.

Beloved author Gary D. Schmidt expertly blends comedy and tragedy in the story of Doug Swieteck, an unhappy "teenage thug" first introduced in The Wednesday Wars, who finds consolation and a sense of possibility in friendship and art.

At once heartbreaking and hopeful, this absorbing novel centers on Doug, 14, who has an abusive father, a bully for a brother, a bad reputation, and shameful secrets to keep. Teachers and police and his relatives think he's worthless, and he believes them, holding others at arm's length. Newly arrived in town, he starts out on the same path—antagonizing other kids, mouthing off to teachers, contemptuous of everything intimidating or unfamiliar. Who would have thought that the public library would turn out to be a refuge and an inspiration, that a snooty librarian might be a friend, or that snarky redheaded Lil would like him—really like him? With more than his share of pain, including the return of his oldest brother from the Vietnam War, shattered and angry, will Doug find anything better than "okay for now"?

About the author
Gary D. Schmidt

Gary D. Schmidt is the best-selling author of many books for young readers, including the Newbery Honor and Printz Honor book Lizzie Bright and the Buckminster Boy and the Newbery Honor book The Wednesday Wars. He is a professor of English at Calvin University in Grand Rapids, Michigan.

"This is Schmidt's best novel yet—darker than The Wednesday Wars and written with more restraint, but with the same expert attention to voice, character and big ideas."—Kirkus Reviews, starred review

"Reproductions of Audubon plates introduce each chapter in this stealthily powerful, unexpectedly affirming story of discovering and rescuing one’s best self, despite family pressure to do otherwise."—Booklist, starred review

"Readers will miss Doug and his world when they’re done, and will feel richer for having experienced his engaging, tough, and endearing story."—School Library Journal, starred review

"The book is exceptionally well written. Schmidt creates characters that will remain with the reader long after the book is done. Doug’s voice is unforgettable as he tries to help and protect his mom. . . .While there is much stacked against him, he is a character filled with hope that the reader cannot help but root for. Push this one on readers; they will not be sorry. . . .Schmidt writes a journal-type story with a sharp attention to detail, patterns in the story line, and an unexpected twist at the end."–VOYA 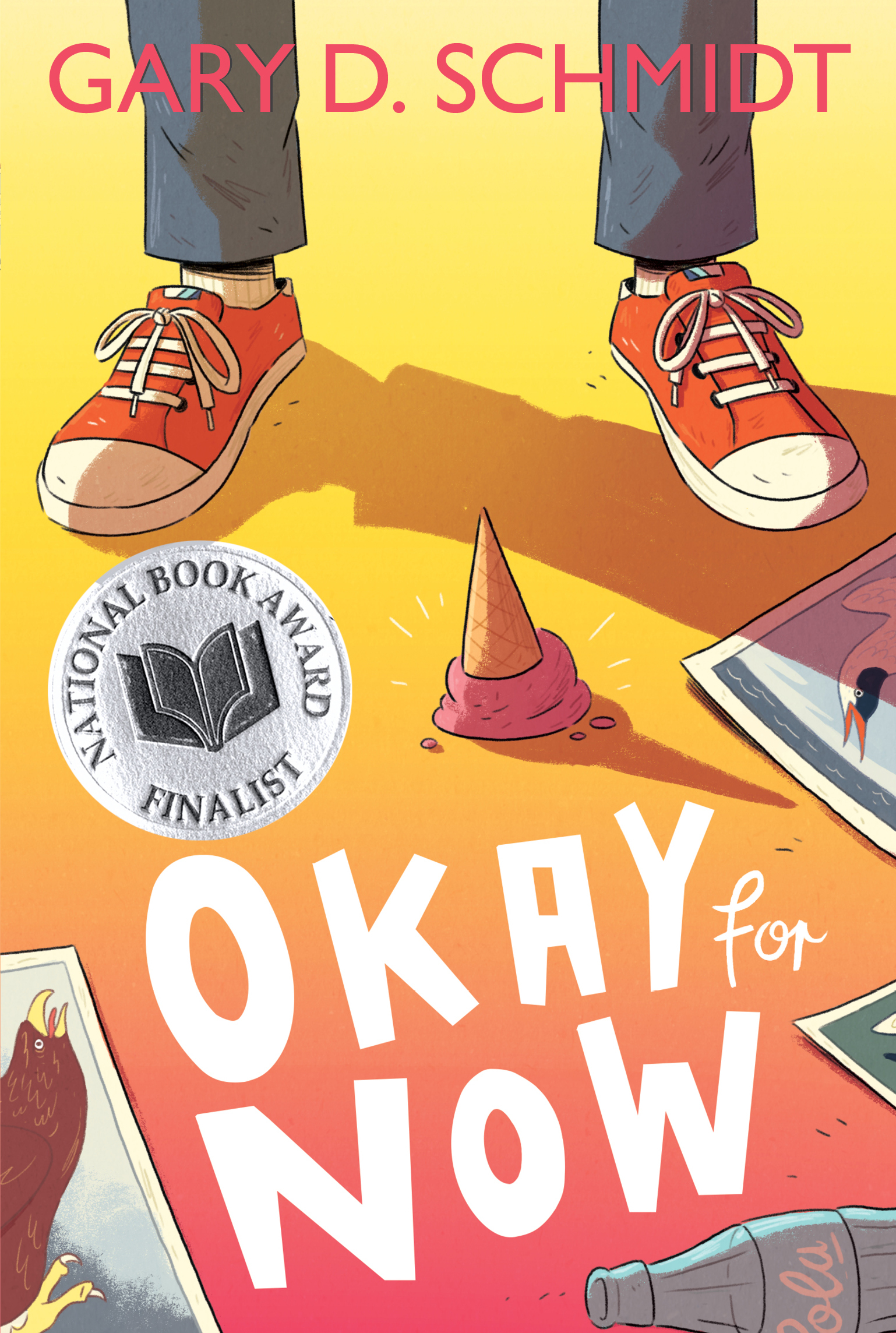