Odd Girl Out, Revised and Updated: The Hidden Culture of Aggression in Girls

When Odd Girl Out was first published, it became an instant bestseller and ignited a long-overdue conversation about the hidden culture of female bullying. Today the dirty looks, taunting notes, and social exclusion that plague girls’ friendships have gained new momentum in cyberspace.

In this updated edition, educator and bullying expert Rachel Simmons gives girls, parents, and educators proven and innovative strategies for navigating social dynamics in person and online, as well as brand new classroom initiatives and step-by-step parental suggestions for dealing with conventional bullying. With up-to-the-minute research and real-life stories, Odd Girl Out continues to be the definitive resource on the most pressing social issues facing girls today.


About the author
Rachel Simmons

RACHEL SIMMONS, best-selling author of Odd Girl Speaks Out and The Curse of the Good Girl, is an educator and cofounder of the Girls Leadership Institute. A Rhodes Scholar, she has appeared on Today, Oprah, and other major shows, including her own PBS special, and writes frequently for Teen Vogue. www.rachelsimmons.com

the hidden culture of

that seem to hold at bay the bustling city in which it resides. On Monday

catching up on the weekend, while others sat knees-to-chest

on the floor, flipping through three-ring binders, cramming for tests.

to what can only be described, at this age, as defiant. Watching them,

it is easy to forget this school is one of the best in the region, its students

anything but superficial. This is what I came to love about Linden:

it celebrates academic rigor and the diversity of its students in

equal parts. Over the course of a day with eight groups of ninth

graders, I began each meeting with the same question: “What are

some of the differences between the ways guys and girls are mean?”

From periods one through eight, I heard the same responses.

Girls can turn on you for anything,” said one. “Girls whisper,” said

another. “They glare at you.” With growing certainty, they fired out

“They destroy you from the inside.”

“There’s an aspect of evil in girls that there isn’t in boys.”

“Girls target you where they know you’re weakest.”

“Girls do a lot behind each other’s backs.”

“With guys you know where you stand.”

“I feel a lot safer with guys.”

In bold, matter-of-fact voices, girls described themselves to me as

disloyal, untrustworthy, and sneaky. They claimed girls use intimacy

to manipulate and overpower others. They said girls are fake, using

each other to move up the social hierarchy. They described girls as

unforgiving and crafty, lying in wait for a moment of revenge that

will catch the unwitting target off guard and, with an almost savage

eye-for-an-eye mentality, “make her feel the way I felt.”

The girls’ stories about their conflicts were casual and at times

filled with self-hatred. In almost every group session I held, someone

“fight and have it be over with.”

their behaviors as aggression. As a result, their narratives are filled

with destructive myths about the inherent duplicity of females. As

poet and essayist Adrienne Rich notes,4 “We have been depicted as

Since the dawn of time, women and girls have been portrayed

as jealous and underhanded, prone to betrayal, disobedience, and secrecy.

object of research or critical thought, this behavior is seen as a natural

phase in girls’ development. As a result, schools write off girls’

conflicts as a rite of passage, as simply “what girls do.”

What would it mean to name girls’ aggression? Why have myths

and stereotypes served us so well and so long?

Aggression is a powerful barometer of our social values. According

tallize sex roles, or the idea that we expect certain responsibilities to

be assumed by males and females because of their sex.5 Riot grrls and

to become family providers and protectors, and girls to be nurturers

and mothers. Aggression is the hallmark of masculinity; it enables

men to control their environment and livelihoods. For better or for

worse, boys enjoy total access to the rough and tumble. The link

begins early: the popularity of boys is in large part determined by

their willingness to play rough. They get peers’ respect for athletic

On the other side of the aisle, females are expected to mature into

caregivers, a role deeply at odds with aggression. Consider the ideal

of the “good mother”: She provides unconditional love and care for

her family, whose health and daily supervision are her primary objectives.

Her daughters are expected to be “sugar and spice and everything

nice.” They are to be sweet, caring, precious, and tender.

“Good girls” have friends, and lots of them. As nine-year-old

girls have “perfect relationships.”6 These girls are caretakers in

training. They “never have any fights . . . and they are always together.

you.’” In depressing relationships, Noura added, “someone is really

even before she is honest.” She described the “perfect girl” as

the girl who has no bad thoughts or feelings, the kind of person

everyone wants to be with. . . . [She is] the girl who speaks quietly,

calmly, who is always nice and kind, never mean or bossy. . . . She

reminds young women to silence themselves rather than speak

their true feelings, which they come to consider “stupid,” “selfish,”

“Good girls,” then, are expected not to experience anger. Aggression

endangers relationships, imperiling a girl’s ability to be caring

and “nice.” Aggression undermines who girls have been raised to

Calling the anger of girls by its name would therefore challenge

the most basic assumptions we make about “good girls.” It would

what nice really means: Not aggressive. Not angry. Not in conflict.

Research confirms that parents and teachers discourage the emergence

of physical and direct aggression in girls early on while the

skirmishing of boys is either encouraged or shrugged off.8 In one example,

a 1999 University of Michigan study found that girls were

told to be quiet, speak softly, or use a “nicer” voice about three times

more often than boys, even though the boys were louder. By the

time they are of school age, peers solidify the fault lines on the playground,

creating social groups that value niceness in girls and toughness

The culture derides aggression in girls as unfeminine, a trend explored

just a few of the names an assertive girl hears. Each epithet points out

Praise for ODD GIRL OUT

"There has not been so much interest in young females since psychologist Mary Pipher chronicled anorexics and suicide victims in her 1994 bestseller, Reviving Ophelia."--The Washington Post

"Provocative . . . Cathartic to any teen or parent trying to find company . . . it will sound depressingly familiar to any girl with a pulse."--Detroit Free Press

"Encourages girls to address one another when they feel angry or jealous, rather than engage in the rumor mill."--Chicago Tribune

"Peels away the smiley surfaces of adolescent female society to expose one of girlhood's dark secrets: the vicious psychological warfare waged every day in the halls of our . . . schools."--San Francisco Chronicle

"Passionate and beautifully written. A significant contribution to our understanding of the psychology of girls." —Michael Thompson, co-author of Raising Cain

An American School Board Journal Notable Book in Education 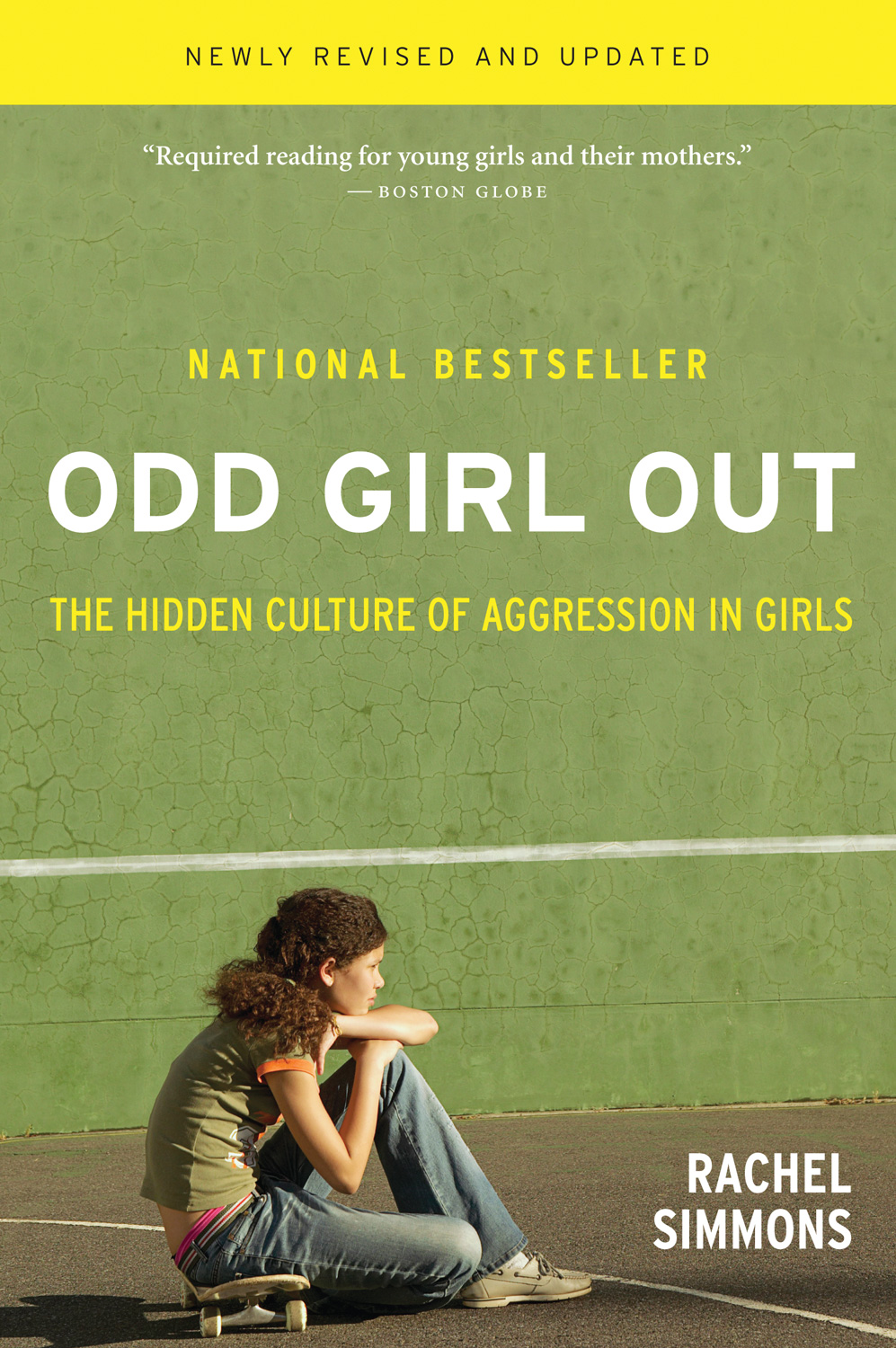