Cyrla's neighbors have begun to whisper. Her cousin, Anneke, is pregnant and has passed the rigorous exams for admission to the Lebensborn, a maternity home for girls carrying German babies. But Anneke's soldier has disappeared, and Lebensborn babies are only ever released to their fathers' custody--or taken away.

And then in the space of an afternoon, life falls apart. A note is left under the mat. Someone knows that Cyrla, sent for safekeeping with her Dutch relatives, is Jewish. She must choose between certain discovery in her cousin's home and taking Anneke's place in the Lebensborn--Cyrla and Anneke are nearly identical. If she takes refuge in the enemy's lair, can Cyrla escape before they discover she is not who she claims?

Mining a lost piece of history, Sara Young takes us deep into the lives of women living in the worst of times. Part love story and part elegy for the terrible choices we must often make to survive, My Enemy's Cradle keens for what we lose in war and sings for the hope we sometimes find.

About the author
Sara Young

Under the name Sara Pennypacker, SARA YOUNG has written seven books for children, including the acclaimed Stuart series (Stuart’s Cape) and Clementine. She lives on Cape Cod.

From the doorway, I saw soup splash from my aunt’s ladle onto the tablecloth. These days, there was no fat in the broth to set a stain; still, my heart dropped when she made no move to blot the spill. Since the Germans had come, she had retreated further into herself, fading away in front of me so that sometimes it was like losing my mother all over again.

“Of course here, Mies,” my uncle scoffed. His pale face pinked with the easy flush of red-haired men, and he leaned back and took off his glasses to polish them on his napkin. “Did you think the Germans would annex us as a refuge for Jews? The question is only why it took so long.”

I brought the bread to the table and took my seat. “What’s happened?”

“They posted a set of restrictions for Jews today,” my uncle said. “They’ll scarcely be able to leave their homes.” He inspected his glasses, put them back on. And then he turned to look at me directly.

I froze, my fingertips whitening around my spoon, suddenly reminded of something I’d witnessed in childhood.

Walking home from school, a group of us had come upon a man beating his dog. All of us shouted at him to stop—our numbers made us brave—and some of the bigger boys even tried to pull him off the poor animal. A boy beside me caught my attention; this boy, I knew, was himself often beaten by the older boys. He was crying, “Stop! Stop it!” along with the rest of us. But something in his expression chilled me: satisfaction. When my uncle turned to look at me, I saw that boy’s face again.

“Things will be different now, Cyrla.”

I dropped my gaze to my plate, but I felt my heart begin to pound. Was he weighing the risk of having me in his home?

His home. I stared down at the white tablecloth. Beneath it, a table rug was edged with gold silk fringe. When I had first arrived it had seemed strange to cover a table this way, but now I knew every color and pattern of its design. I lifted my eyes to take in the room I had come to love: the tall windows painted crisp white overlooking our small courtyard; the three watercolors of the Rijksmuseum hanging in a column on their braided cord; the glimpse into the parlor beyond the burgundy velvet drapes, where the piano stood in the corner, necklaced with framed photographs of our family. My heart began to beat even faster—where did I belong if not here?

I glanced at my cousin—Anneke was my safe passage through the treacherous landscape of my uncle’s world. But she had been distracted all day, drifting away whenever I’d tried to talk to her, as if she was harboring a secret. She hadn’t even heard her father’s threat.

“What?” I kept my voice calm. “What will be different here?”

He was cutting the bread. He didn’t stop, but I saw the warning look he gave my aunt. “Everything.” He cut three slices from the loaf and then laid the knife down carefully. “Everything will be different.”

I drew the loaf toward me, picked up the knife as deliberately as a chess piece, and cut a fourth slice. I laid the knife back on the board, then placed my hands on my lap so he wouldn’t see them trembling. I lifted my chin and leveled my eyes at him. “You counted wrong, Uncle,” I said. He looked away, but his face was dark as a bruise.

At last the meal was over. My uncle returned to his shop to take care of his bookkeeping, and my aunt and Anneke and I cleared the table and went into the kitchen to wash the dishes. We worked in silence; I in my fear, my aunt in her sadness, Anneke deep in her secret.

Suddenly Anneke cried out. The bread knife clattered to the floor and she held up her hand; blood streamed into the basin of suds, tingeing the bubbles pink. I grabbed a dishcloth and pressed it around Anneke’s hand, then led her to the window seat. She sank down and stared at the blood seeping through the dishcloth as though it was a curiosity. I grew afraid, then. Anneke was vain about her hands, would go without her ration of milk sometimes to soak them in it instead, and she could still find nail polish when it seemed no one in Holland had such a luxury. If she didn’t carry on about a cut deep enough to scar, then her secret was very big.

My aunt knelt to examine the wound, chiding her for her carelessness. Anneke closed her eyes and tipped her head back; with her free hand she stroked the hollow at the base of her throat with a contented smile. It was the look she wore when she crept back into our room in the middle of the night . . . flushed and deepened, rearranged.

And then I knew.

“What have you done?” I whispered to her when my aunt left to fetch the disinfectant and muslin.

“Later,” she whispered back. “When everyon...

PRAISE FOR MY ENEMY'S CRADLE

"Young's youthful characters--especially her heroine, Cyrla--are utterly believable, their longings, fears and hopes etched with an authenticity and sense of urgency that make this story vibrate on the page . . . Intensely romantic in a way that only wartime fiction can be. And it invokes, with a bit of an ache, Anne Frank's optimistic belief in happy endings."--USA Today

"Sara Young shines a powerful flashlight on one of the lesser-known Nazi atrocities: the thievery of children from their mothers. Young's research is so scrupulous that when devouring this novel, you'll swear you're reading a genuine survivor account."--Jenna Blum, author of Those Who Save Us 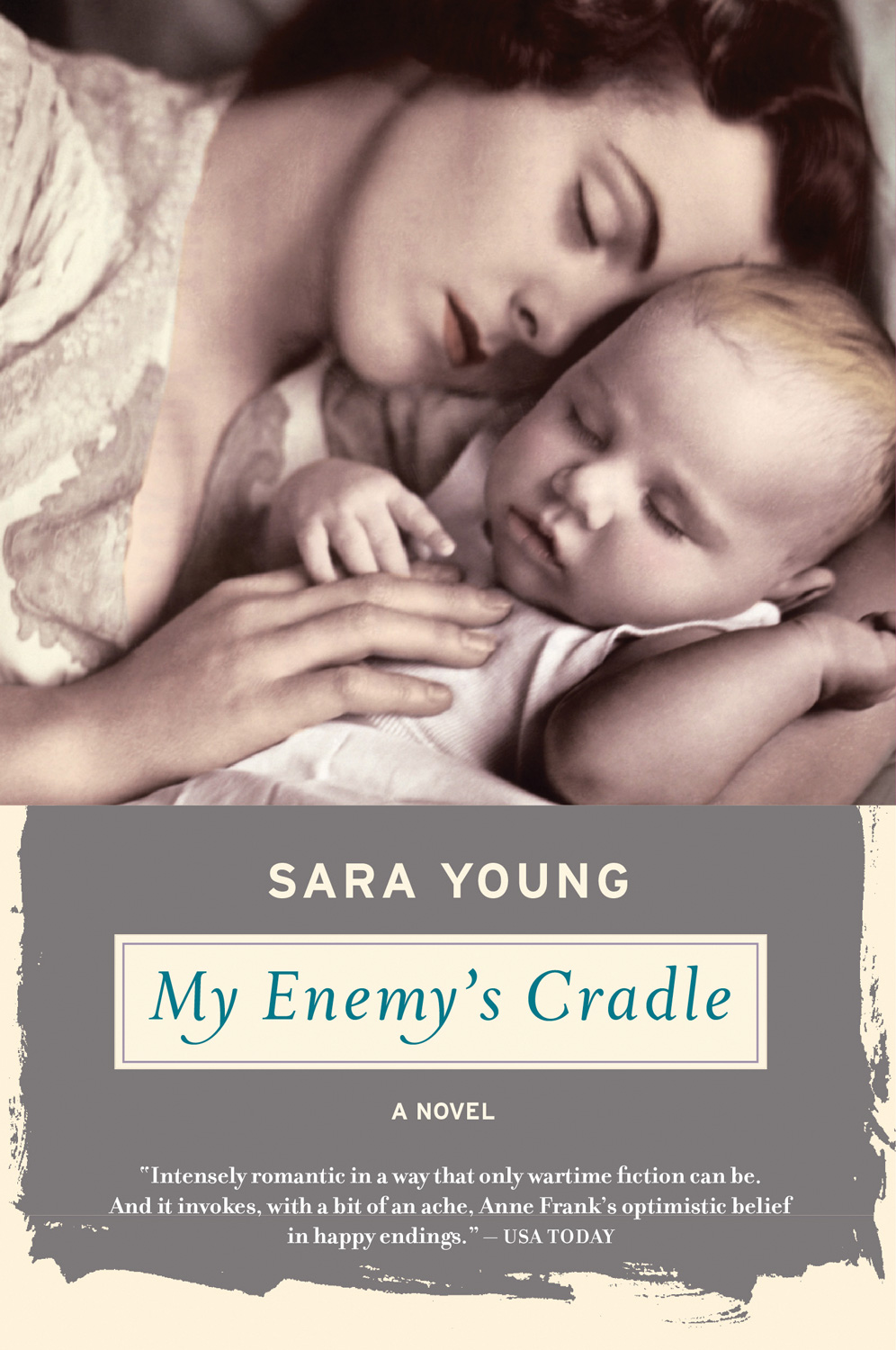