Chet Gecko’s tenth mystery is more than tough, it’s moider! (Or “murder,” for you spell checkers out there.)

Chet, of course, tackles the case for free. Mess with his partner, mess with—well, somebody. (Natalie's the brains of the outfit.) But just when Chet thinks he might clear her name, Natalie disappears, leaving behind a reddish smear that looks kind of like cherry ladybug jam. . . . Is it murder, or something serious?

Sneak and Ye Shall Find

Never take on a wacko as a client. It wastes your time, and it annoys the wacko.

Somehow I had forgotten this. And so, recess found me tailing a parakeet's boyfriend to see if he'd been stepping out on her. (That's detective talk for seeing another dame on the side. And a dame is a girl. And on the side is...on the side.)

I shadowed T-Bone LaLouche through the halls of Emerson Hicky Elementary. Like any good detective, I used kids, bushes, and the odd teacher as cover. (And believe me, we have plenty of odd teachers.)

T-Bone LaLouche was a lean and shifty ringtail. Ringtails have a cat's body, a fox's face, and a raccoon's tail that's been dipped in goo and slammed in a door.

Oh, and one other thing: If you startle them, they give an ear-piercing shriek and shoot this funky musk from their butts.

Don't ask me how I know that.

I watched as T-Bone stopped near the library to chat with a simpering mole in a tutu. Heads together, they seemed awfully chummy. Could this be his extra-credit baby-cake?

When I leaned around a skreezitz bush for a better look, T-Bone suddenly glanced up. I dived for cover-kronch!-right into the bush.

Through the spiky leaves, I could see the ringtail frowning my way, but he went back to his confab. Soon, the mole waved toodle-oo and toddled into the library. T-Bone took to his heels.

In the hall by the cafeteria, the ringtail approached a fluffy European rabbit. (I could tell she was European by her spiffy scarf and her world-weary ways.)

Miss Fluffy leaned against a pole and toyed with her whiskers. T-Bone cozied up. She passed him something-a love note?-and they giggled like a couple of teenage girls at a Brad Spitt movie.

Man, this guy wasn't just two-timing my client; he was three-timing her.

Sensing something, T-Bone raised his head and started to turn.

I scrambled up the wall, out of sight. In my racket, sometimes it pays to be a wall-crawling lizard.

I crept along quietly. Then my foot slipped. Strange. We geckos can scale almost anything, including glass. I shook the foot and crawled closer...just across from the cuddly pair.

A strange sight distracted me: squatty machines being wheeled into the cafeteria. And they were wearing what looked like...aprons? Was head chef Mrs. Bagoong getting some new cooking gizmos?

I shook my head. Better focus on the job at hand.

Someone had taped a WET PAINT sign to the pole she was leaning on. Silly rabbit. Didn't she know-

Suddenly, everything slipped. I scrabbled desperately, clawing a paper sign from the wall. It read, WET PAINT.

Duh. The pole hadn't been painted; the wall had.

"Whoooah!" I cried, plummeting like a duck after a pond-scum sandwich.

SKREONCH! A shrub broke my fall.

"AAIIEEE!" T-Bone shrieked, like an air-raid siren singing opera. Under his scream, something went ffrappp!

The rabbit and I clapped our hands over our ears. A second later, we covered our noses instead.

The ringtail had blasted a paint-peeling musky stench, fouler than a roadkill casserole. It spread down the hall, clearing kids and teachers with its potent funk. Miss Fluffy fled.

Eyes watering, I coughed and hacked and staggered to my feet.

With as much dignity as he could muster, T-Bone stood tall and glared at me. "It's your own fault," he said. "Maybe you shouldn't startle kids like that."

"Maybe you shouldn't have had the cabbage-and-cheese breakfast burrito."

The ringtail snorted. "Oh yeah? Maybe you shouldn't sass someone bigger than you." He loomed over me.

"Oh, really? Maybe you shouldn't be two-timing your girlfriend," I said.

"My girlfriend?" he asked.

Still holding my nose, I stumbled in the opposite direction.

From above, a clap-clap-clap reached my ears. I glanced up.

It was Natalie Attired, my spiffy mockingbird partner. An ace investigator, she thought she was quite the joker (but she was really just a card). Perching on the roof's edge, Natalie looked me up and down, from my paint-smeared feet to the twigs in my hat.

I held up a hand. "I know, I know. I'm scratched and filthy, and I smell like a ringtail's butt." 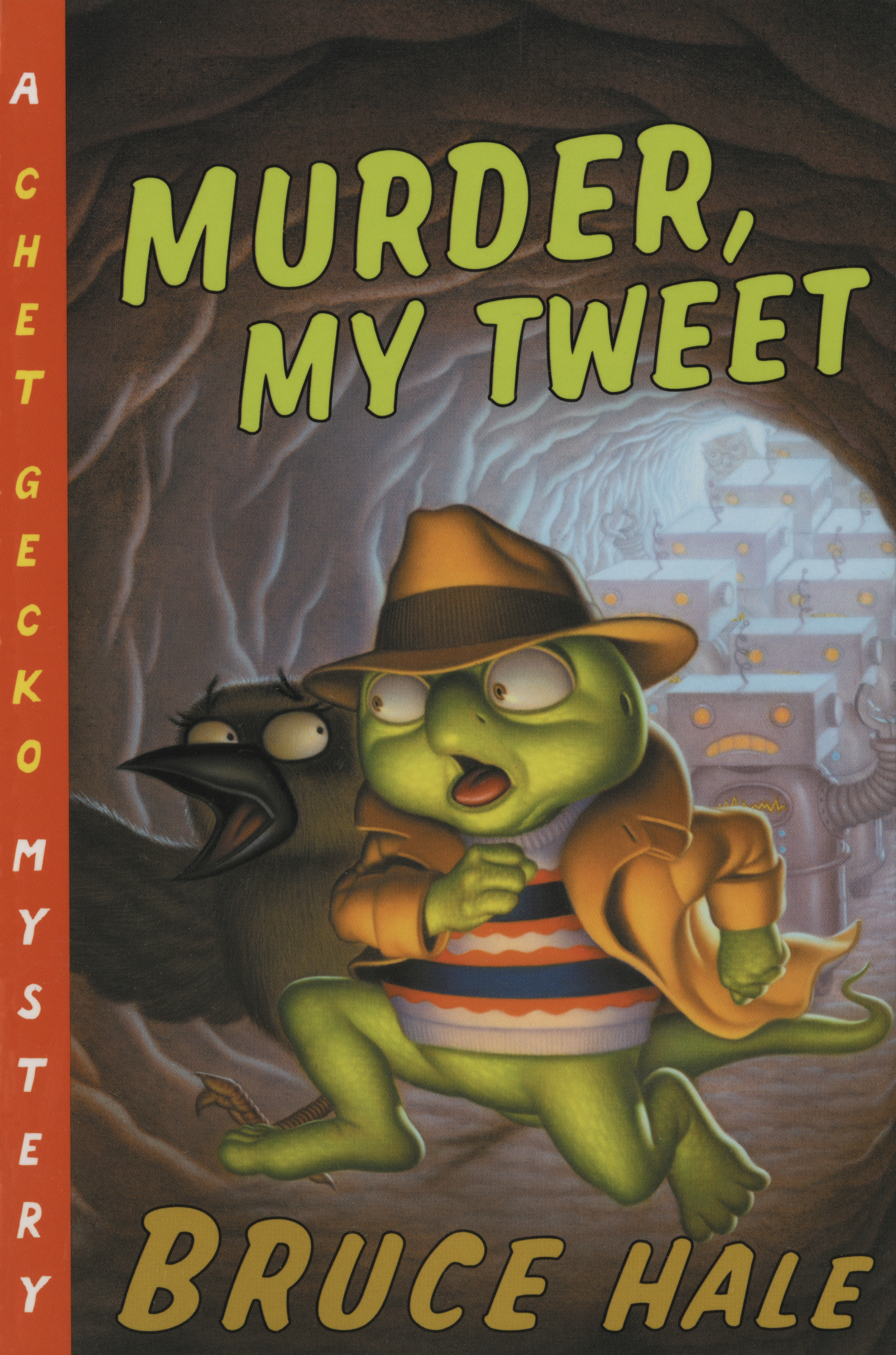