by Virginia Woolf and Maureen Howard
$14.99

“Moments like this are buds on the tree of life. Flowers of darkness they are.”

In this vivid portrait of a single day in a woman’s life, Mrs. Clarissa Dalloway is preoccupied with the last-minute details of preparation for a party while in her mind she is something much more than a perfect society hostess. As she readies her house for friends and neighbors, she is flooded with remembrances of the past—the passionate loves of her carefree youth, her practical choice of husband, and the approach and retreat of war. And, met with the realities of the present, Clarissa reexamines the choices that brought her there, hesitantly looking ahead to the unfamiliar work of growing old.

From the introspective Clarissa, to the lover who never fully recovered from her rejection, to a war-ravaged stranger in the park, the characters and scope of Mrs. Dalloway reshape our sense of ordinary life making it one of the most “moving, revolutionary artworks of the twentieth century” (Michael Cunningham).

MRS. DALLOWAY said she would buy the flowers herself.

What a lark! What a plunge! For so it had always seemed to her, when, with a little squeak of the hinges, which she could hear now, she had burst open the French windows and plunged at Bourton into the open air. How fresh, how calm, stiller than this of course, the air was in the early morning; like the flap of a wave; the kiss of a wave; chill and sharp and yet (for a girl of eighteen as she then was) solemn, feeling as she did, standing there at the open window, that something awful was about to happen; looking at the flowers, at the trees with the smoke winding off them and the rooks rising, falling; standing and looking until Peter Walsh said, "Musing among the vegetables?"-was that it?-"I prefer men to cauliflowers"-was that it? He must have said it at breakfast one morning when she had gone out on to the terrace-Peter Walsh. He would be back from India one o£ these days, June or July, she forgot which, for his letters were awfully dull; it was his sayings one remembered; his eyes, his pocket-knife, his smile, his grumpiness and, when millions of things had utterly vanished-how strange it was!-a few sayings like this about cabbages.

For having lived in Westminster-how many years now? over twenty,-one feels even in the midst of the traffic, or waking at night, Clarissa was positive, a par-ticular hush, or solemnity; an indescribable pause; a suspense (but that might be her heart, affected, they said, by influenza) before Big Ben strikes. There! Out it boomed. First a warning, musical; then the hour, ir-revocable. The leaden circles dissolved in the air. Such fools we are, she thought, crossing Victoria Street. For Heaven only knows why one loves it so, how one sees it so, making it up, building it round one, tumbling it, creating it every moment afresh; but the veriest frumps, the most dejected of miseries sitting on doorsteps (drink their downfall) do the same; can't be dealt with, she felt positive, by Acts of Parliament for that very reason: they love life. In people's eyes, in the swing, tramp, and trudge; in the bellow and the up-roar; the carriages, motor cars, omnibuses, vans, sand-wich men shuffling and swinging; brass bands; barrel organs; in the triumph and the jingle and the strange high singing of some aeroplane overhead was what she loved; life; London; this moment of June.

For it was the middle of June. The War was over, except for some one like Mrs. Foxcroft at the Embassy last night eating her heart out because that nice boy was killed and now the old Manor House must go to a cousin; or Lady Bexborough who opened a bazaar, they said, with the telegram in her hand, John, her favourite, killed; but it was over; thank Heaven-over. It was June. The King and Queen were at the Palace. And everywhere, though it was still so early, there was a beating, a stirring of galloping ponies, tapping of cricket bats; Lords, Ascot, Ranelagh and all the rest of it; wrapped in the soft mesh of the grey-blue morning air, which, as the day wore on, would unwind them, and set down on their lawns and pitches the bouncing po-nies whose forefeet just struck the ground and up they sprung, the whirling young men, and laughing girls in their transparent muslins who, even now, after dancing all night, were taking their absurd woolly dogs for a run; and even now, at this hour, discreet old dowagers were shooting out in their motor cars on errands of mystery; and the shopkeepers were fidgeting in their windows with their paste and diamonds, their lovely old sea-green brooches in eighteenth-century settings to tempt Americans (but one must economise, not buy things rashly for Elizabeth), and she, too, loving it as she did with an absurd and faithful passion, being part of it, since her people were courtiers once in the time of the Georges, she, too, was going that very night to kindle and illuminate; to give her party. But how strange, on entering the Park, the silence; the mist; the hum; the slow-swimming happy ducks; the pouched birds waddling; and who should be coming along with his back against the Government buildings, most ap-propriately, carrying a despatch box stamped with the Royal Arms, who but Hugh Whitbread; her old friend Hugh-the admirable Hugh!

They had just come up-unfortunately-to see doc-tors. Other people came to see pictures; go to the opera; take their daughters out; the Whitbreads came "to see doctors." Times without number Clarissa had visited Evelyn Whitbread in a nursing home. Was Evelyn ill again? Evelyn was a good deal out of sorts, said Hugh, intimating by a kind of pout or swell of his very well-covered, manly, extremely handsome, perfectly uphol-stered body (he was almost too well dressed always, but presumably had to be, with his little job at Court) that his wife had some internal ailment, nothing serious, which, as an old friend, Clarissa Dalloway would quite understand without requiring him to specify. Ah yes, she did of course; what a nuisance; and felt very sisterly and oddly conscious at the same time of her hat. Not the right hat for the early morning, was that it? For Hugh always made her feel, as he bustled on, raising his hat rather extravagantly and assuring her that she might be a girl of eighteen, and of course he was coming to her party to-night, Evelyn absolutely insisted, only a little late he might be after the party at the Palace to which he had to take one of Jim's boys,-she always felt a little skimpy beside Hugh; schoolgirlish; but attached to him, partly from having known him always, but she did think him a good sort in his own way, though Richard was nearly driven mad by him, and as for Peter Walsh, he had never to this day forgiven her for liking him.

She could remember scene after scene at Bourton- Peter furious; Hugh not, of course, his match in any way, but still not a positive imbecile as Peter made out; not a mere barber's block. When his old mother wanted him to give up shooting or to take her to Bath he did it, without a word; he was really unselfish, and as for say-ing, as Peter did, that he had no heart, no brain, noth-ing but the manners and breeding of an English gentle-man, that was only her dear Peter at his worst; and he could be intolerable; he could be impossible; but ador-able to walk with on a morning like this.

For they might be parted for hundreds of years, she and Peter; she never wrote a letter and his were dry sticks; but suddenly it would come over her, If he were with me now what would he say?-some days, some sights bringing him back to her calmly, without the old bitterness; which perhaps was the reward of having cared for people; they came back in th...

"Mrs. Dalloway is a standout work in a standout career, a hallmark of the Modernist movement, and a splendid, wrenching, subtle psychological novel, beloved in its day and beloved now." —Lithub, "The 10 Books That Defined the 1920s" 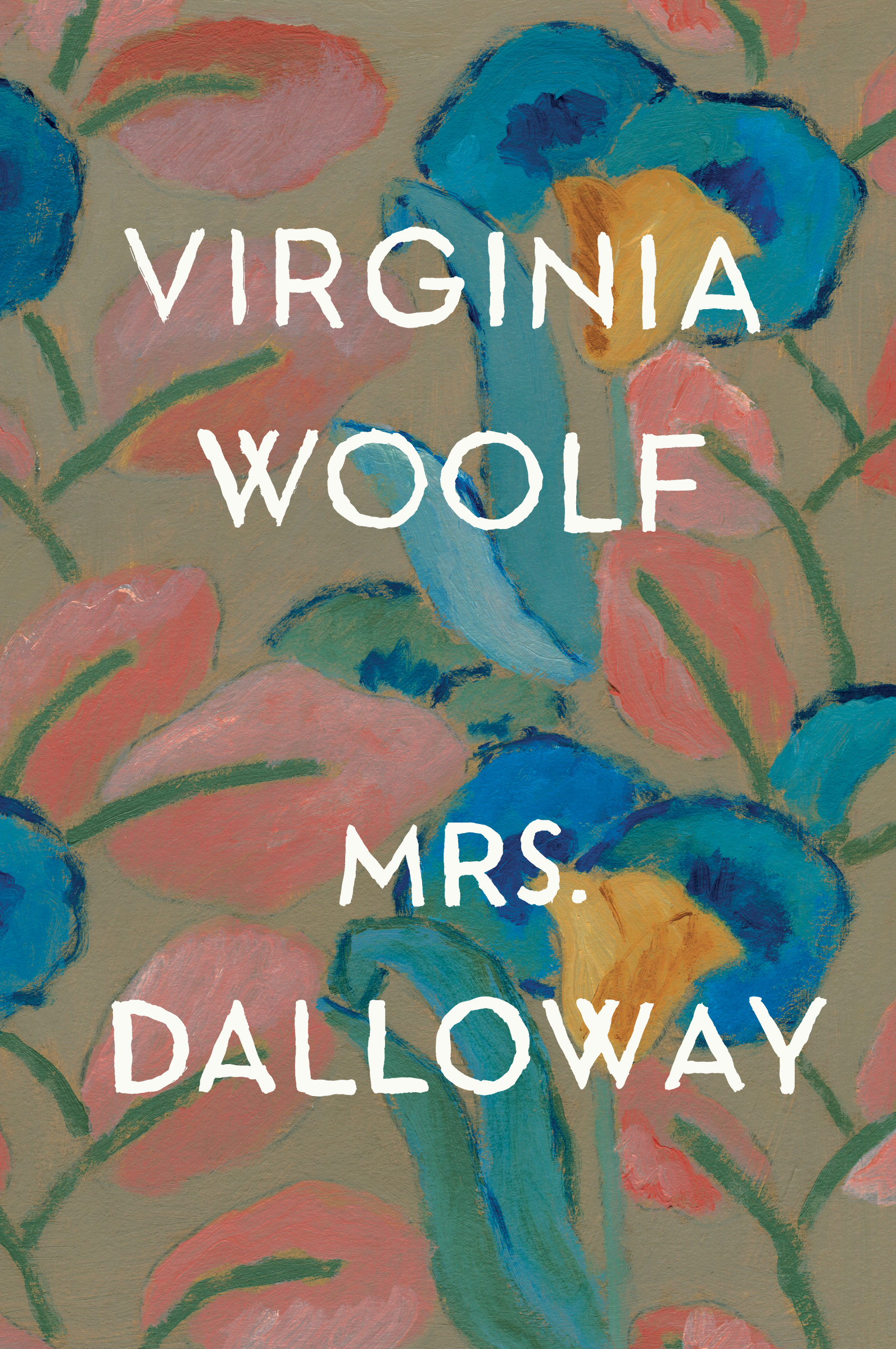