Another comic tour de force from three-time Caldecott medalist David Wiesner. Mr. Wuffles ignores all his cat toys but one, which turns out to be a spaceship piloted by small green aliens. When Mr. Wuffles plays rough with the little ship, the aliens must venture into the cat's territory to make emergency repairs.

In a near wordless masterpiece that could only have been devised by David Wiesner, a cat named Mr. Wuffles doesn't care about toy mice or toy goldfish. He’s much more interested in playing with a little spaceship full of actual aliens—but the ship wasn't designed for this kind of rough treatment. Between motion sickness and damaged equipment, the aliens are in deep trouble.

When the space visitors dodge the cat and take shelter behind the radiator to repair the damage, they make a host of insect friends. The result? A humorous exploration of cooperation between aliens and insects, and of the universal nature of communication involving symbols, “cave” paintings, and gestures of friendship.

About the author
David Wiesner

David Wiesner is internationally renowned for his visual storytelling and has won the Caldecott Medal three times—for Tuesday, The Three Pigs, and Flotsam—the second person in history to do so. He is also the recipient of three Caldecott Honors, for Free Fall, Sector 7, and Mr. Wuffles. He lives near Philadelphia with his family.  www.hmhbooks.com/wiesner

"Expertly imagined, composed, drawn and colored, this is Wiesner at his best."

"Wiesner once again produces a fantasy adventure that isn't like anything else around."

"This exemplary Wiesnerian blend of ordinary and extraordinary incorporates the delights of Borrowers-style innovations, quintessential cat behavior, and Wiesner's own exquisitely fashioned art."

"Once again Wiesner dips into his impressible imagination to deliver a mostly wordless conceptual picture book where the mundane and the magical collide. . . .Wiesner is a three-time Caldecott winner. Three. Fans will be ready to pounce."

"Visual storytelling at its best."

"The award-winning Wiesner (his trophy collection would make Meryl Streep blush) is a master of the form, a magical realist who makes the commonplace seem suddenly more interesting."

“Fans of Tuesday will recognize Wiesner’s easy shift from the mundane to the fantastical here as well as his deft and plausible creation of a skewed reality. . . . On a more dramatic note, there’s a Spielberg/Lucas level of glory to the bold ant-back and ladybug-flying escape scenes (you can practically hear the John Williams score).”

—The Bulletin of the Center for Children's Books 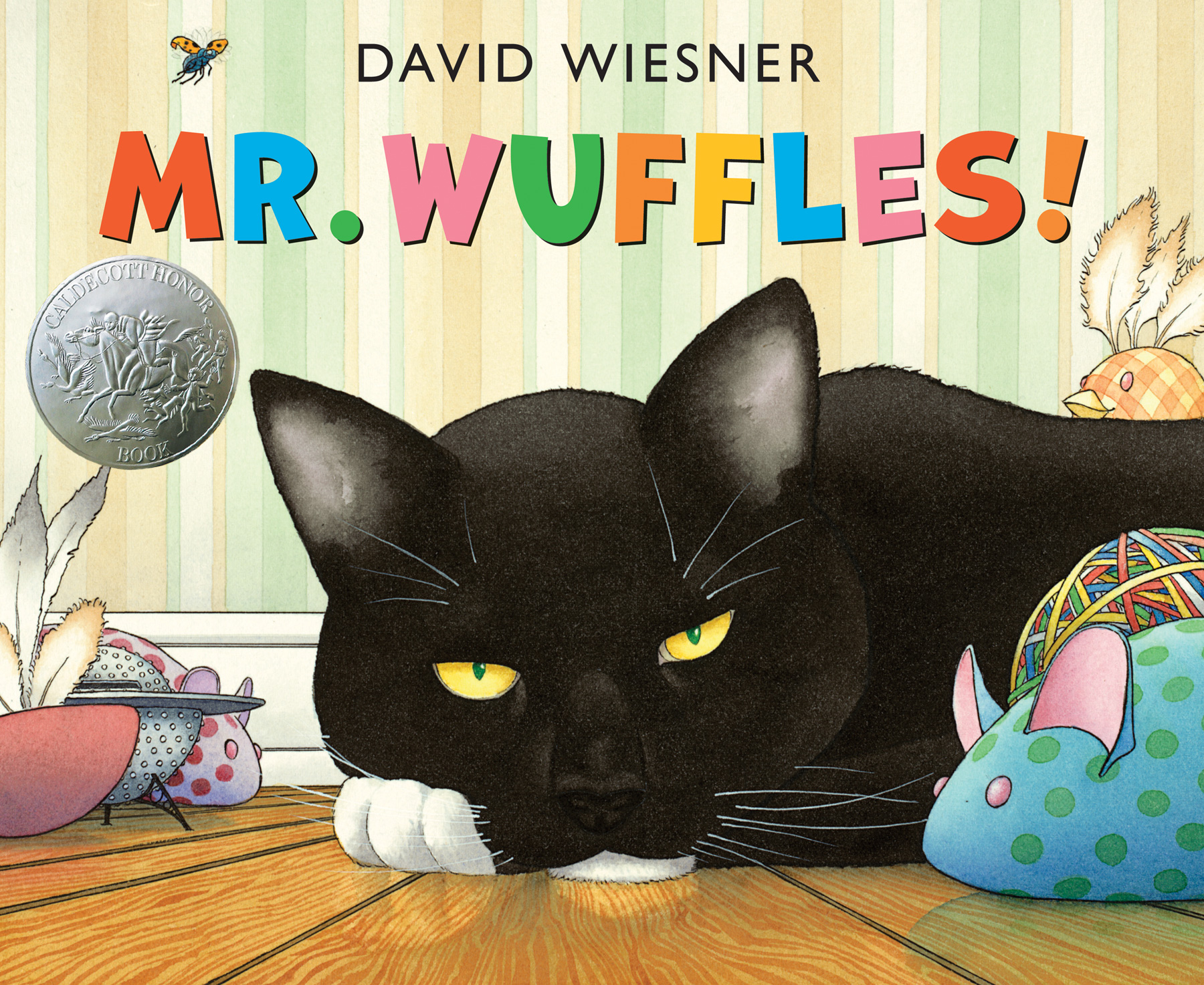