Manual of Painting and Calligraphy

An early example of Saramago's mastery, this novel takes us into the last days of Salazar's dictatorship when a second-rate artist is commissioned by a wealthy client to paint a portrait and the political and intellectual struggles that ensue.

Manual of Painting and Calligraphy was José Saramago’s first novel. Written eight years before the critically acclaimed Baltasar and Blimunda, it is a story of self-discovery set against the background of the last years of Salazar’s dictatorship. A struggling young artist, commissioned to paint a portrait of an influential industrialist, learns in the process about himself and the world around him. The brilliant juxtaposition of a passionate love story and the crisis of a nation foreshadows all of Saramago’s major works. A must-have for any devotee of the great Portuguese Nobel laureate, Manual of Painting and Calligraphy is now available in the United States.

I shall go on painting the second picture but I know it will never be finished. I have tried without success and there is no clearer proof of my failure and frustration than this sheet of paper on which I am starting to write. Sooner or later I shall move from the first picture to the second and then turn to my writing, or I shall skip the intermediate stage or stop in the middle of a word to apply another brushstroke to the portrait commissioned by S. or to that other portrait alongside it which S. will never see. When that day comes I shall know no more than I know today (namely, that both pictures are worthless). But I shall be able to decide whether I was right to allow myself to be tempted by a form of expression which is not mine, although this same temptation may mean in the end that the form of expression I have been using as carefully as if I were following the fixed rules of some manual was not mine either. For the moment I prefer not to think about what I shall do if this writing comes to nothing; if, from now on, my white canvases and blank sheets of paper become a world orbiting thousands of light-years away where I shall not be able to leave the slightest trace. If, in a word, it was dishonest to pick up a brush or pen or if, once more in a word (the first time I did not succeed), I must deny myself the right to communicate or express myself, because I shall have tried and failed and there will be no further opportunities.

My clients appreciate me as a painter. No one else. The critics used to say (during the brief period many years ago when they still discussed my work) that I am at least fifty years behind the times, which, strictly speaking, means that I am in that larval state between conception and birth: a fragile and precarious human hypothesis, a bitter and ironic interrogation as to what awaits me. “Unborn.” I have sometimes paused to reflect on this situation, which, transitory for most people, has become definitive in my case, and to my surprise I find it painful yet stimulating and agreeable, the blade of a knife one handles cautiously while the thrill of this challenge makes us press the living flesh of our fingers against the certainty of that cutting edge. This is what I vaguely feel (without either blade or living flesh) when I start on a new picture. The smooth white canvas waiting to be prepared, a birth certificate to be filled in, where I (the clerk of a civil register without archives) believe I can write in new dates and different relationships which might spare me once and for all, or at least for an hour, this incongruity of not being born. I wet my brush and bring it close to the canvas, torn between the reassuring rules learned from the manual and my hesitation as to what I shall choose in order to be. Then, certainly confused, firmly trapped in the condition of being who I am (not being) for so many years, I apply the first brushstroke, and at that very moment I am incriminated in my own eyes. As in that celebrated drawing by Brueghel (Pieter), there appears behind me a profile carved out with a cutting tool, and I can hear a voice telling me once more that I am not yet born. Thinking it over carefully, I am honest enough to dispense with the opinions of critics, experts and connoisseurs. As I meticulously transpose the proportions of the model onto the canvas, I can hear an inner voice insisting that painting bears no relationship whatsoever to what I am doing. As I change my brush and take two steps backward in order to focus more clearly and work out the distinctive features of this face I am about “to portray,” I reply inwardly, “I know,” and carry on reconstituting an indispensable blue, some landscape or other, white strokes to provide the light I shall never be able to capture. None of this gives me any satisfaction, because I am merely observing the rules, protected by the indifference which critics have used like a cordon sanitaire to isolate me; protected, too, by the oblivion into which I have gradually fallen, and because I know that this picture will never be exhibited in any gallery. It will pass directly from the easel into the hands of the buyer, for this is how I do business, by playing safe and demanding payment in cash. There is no lack of work. I paint the portraits of people who have enough self-esteem to commission them and hang them in the foyer, office, lounge or boardroom. I can guarantee durability; I do not guarantee art, nor do they ask for it even if I were able to oblige. A flattering resemblance is as much as they expect. And since we are in agreement here, no one is disappointed. But what I am doing cannot be called painting.

Yet, prepared as I am to confess to these deficiencies, I have always known that no portrait is ever faithful. I would go further: I have always thought myself capable (a secondary symptom of schizophrenia) of painting a true portrait but always forced myself to remain silent (or assumed that I was forcing myself to remain silent, thus deluding myself and becoming an accomplice) before the defenseless model who patiently sat there, feeling nervous or pretending to be relaxed, certain only of the money he would pay me but foolishly intimidated by the invisible forces which slowly swirled between the surface of the canvas and my eyes. I alone knew that the picture was already finished before the first sitting and that my task would be to conceal what could not be shown. As for the eyes, they were blind. The painter and his model always look terrified and ridiculous when confronted with a white canvas, the one because he is frightened of being incriminated, the other because he knows himself incapable of making any accusation, or, worse still, tells himself — with the presumption of the castrated demiurge who boasts of his virility — that he will refrain from doing so only out of indifference or compassion for the model.

There are moments when I manage to persuade myself that I am the only portrait painter left and that once I am gone no one will waste any more time on tiresome sittings or trying in vain to achieve some resemblance when photography, which has now become an art form by means of filters and emulsions, seems to be much more successful at penetrating the surface and revealing the first inner layer of a human being. It amuses me to think that I am pursuing an extinct art, thanks to which, because of my fallibility, people believe they can capture a somewhat pleasing image of themselves, organized in terms of certainty, of an eternity which does not only begin when the portrait is finished but was there before, forever, like something that has always existed simply because it exists now, an eternity counted back to zero. In fact, if the client were able or willing to analyze the viscous and amorphous density of his emotions and then find ordinary words to clarify his thoughts and actions, we would know that for the sitter it is as if that portrait of him had always existed, another him, truer than his former self because the latter is no longer visible, whereas the portrait is. This explains why clients are often anxious to resemble the portrait, if it has captured them at a moment when they like and accept themselves. The painter exists to capture that fleeting glance, the sitter lives for that moment which will be the one and only pillar of support for the two branches of an eternity which is forever passing and which human folly (Erasmus) sometimes believes it can mark with the tinies...

"For a first novel, though, this work displays a masterly grasp of wordplay and other literary devices, and as the translator points out, it can also serve as a map to the political and social themes of Saramago’s future novels." 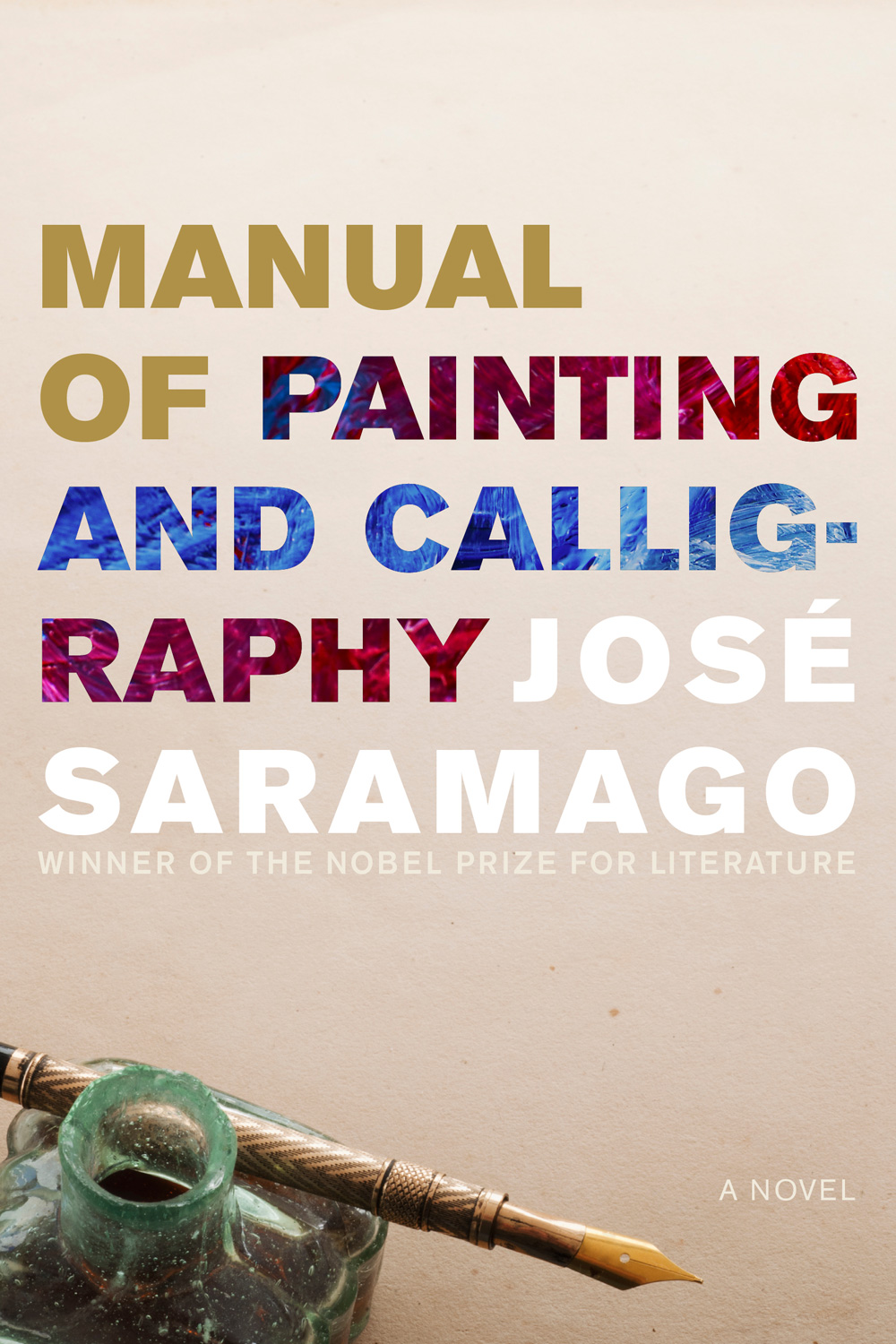