Mae and June and the Wonder Wheel

In this younger illustrated chapter book, two girls, Mae and June, become best friends, and each day with the spinning Wonder Wheel brings a new adventure!

In this chapter book for young readers, June is thrilled to get a new neighbor: Mae! Soon the two of them are best friends and are having adventures determined by the Wonder Wheel that they spin each morning. Whether it’s pretending to be a dog for a day or collecting things that are blue, the girls never know what each day will bring. Also, June has a secret: her dog Sammy can talk, but only she can hear him. Will her new best friend believe her if she tells her?

About the author
Charise Mericle Harper

Charise Mericle Harper is the author and illustrator of many books for children, including the Just Grace series and the Next Best Junior Chef series. Charise lives in Oregon. Visit Charise at chariseharper.com and on Twitter at @ChariseHarper.

Author and illustrator Ashley Spires is the creator of the Binky The Space Cat series of junior graphic novels, which have earned her numerous awards, including the Silver Birch Express and the Hackmatack. Her picture books, including Larf, Small Saul, and The Most Magnificent Thing, are known for providing readers, young and old, with a good laugh. When not drawing, she is often jogging with her dog Gordon or wrangling her three cats, Penny, Fran and Gracie. She lives in British Columbia.

Sammy is my best friend. He has four legs, really soft ears, and a tail that can wag slow, medium, and super fast. Sometimes it moves so fast it makes his whole bottom shake. When this happens you have to be careful, because a shaking bottom can knock a glass of juice right off a table, but that’s not his fault. Tails are hard to control. I like everything about Sammy, but my favorite thing is that he’s fun to talk to. I’m lucky. I have the only ears in the whole world that can hear Sammy talk.

Sammy and I have a mission—?our first ever. We’re looking for a new friend. My sister, Isabella, used to play with us, but now that she’s thirteen, she says, Teenagers don’t play baby games. It’s too bad. She’s missing out on a lot of fun.

Sammy and I are practicing the three Fs. We bounce on my bed and shout them out loud.

They are important, because our new friend must ABSOLUTELY and DEFINITELY be all three.

After five times in a row, Sammy jumps down and runs to the door. “Last one to the kitchen is a rotten egg!”

I’m always the rotten egg, but I don’t care. It’s not fair racing. Sammy has more legs than me.

When I get to the kitchen, Sammy smiles and holds up his foot. “Power Paws win!”

I stomp my feet like I’m mad, but I’m only acting. “June Feet lose!”

“UGH!” complains Isabella. “Do you always have to pretend-talk to the dog? It’s embarrassing.” She waves her hand. “Go play outside.”

“PLAY!” shouts Sammy, and he runs to the back door.

As soon as we’re outside, I show him my pocket.

I pull one out, break off the chocolate chips, and pop them into my mouth. Chocolate can poison a dog, so I have to eat them. I only give Sammy the cookie part.

“CHOCOLATE!” cries Sammy, and he drops to the ground and plays dead.

I fall down next to him, and then we roll and howl like zombies.

We have new neighbors. A girl, a teenage boy, a mom, a dad, and a cat are all moving into the house across the street.

Mom wants me to go over and meet the new girl, but I say, “No thank you. I’ll wait for the lemon cake.”

Next Saturday she’s going to make two of them: one to keep, and one to give to the new neighbors. That’s a smart way to make people like you. Bring them something delicious.

The only person not happy with the plan is Isabella. “Why do I have to go? I’ll die of embarrassment!”

Dad is not worried about her dying. “Five minutes of friendly chatting is not going to kill you.”

“But I don’t talk to boys!” screams Isabella, and then she stomps off.

Sammy and I go up to my room. Staying away from Isabella is a good idea.

My window is perfect for spying on the house across the street. The new girl’s outside, hopping on one foot.

“Maybe she can be our new friend,” says Sammy.

I’m thinking that too. I say the three Fs out loud. “Fun. Friendly. Full of Adventure.”

“Do you think she has them?” asks Sammy.

We watch, but it’s hard to tell if she has the three Fs just by looking.

When she runs up and down the moving truck ramp I say, “That looks like fun.”

Sammy shakes his head. “Or a bee could be chasing her.”

When she waves goodbye to the moving truck people, I say, “That looks friendly.”

Sammy shakes his head again. “Maybe the bee came back.”

When she digs a hole in the ground, Sammy gets super excited. “I bet she’s hunting for dinosaur bones.”

But then her dad comes out and plants a mini flagpole. The flag looks nice, but a flower flag is not the kind of flag that is full of adventure.

I know what he means. I’m hungry too. We go to the kitchen, but before we get there, I make him promise that after lunch we’ll watch some more.

Harper has written a cute new series opener featuring diverse characters that will appeal to a wide range of readers." 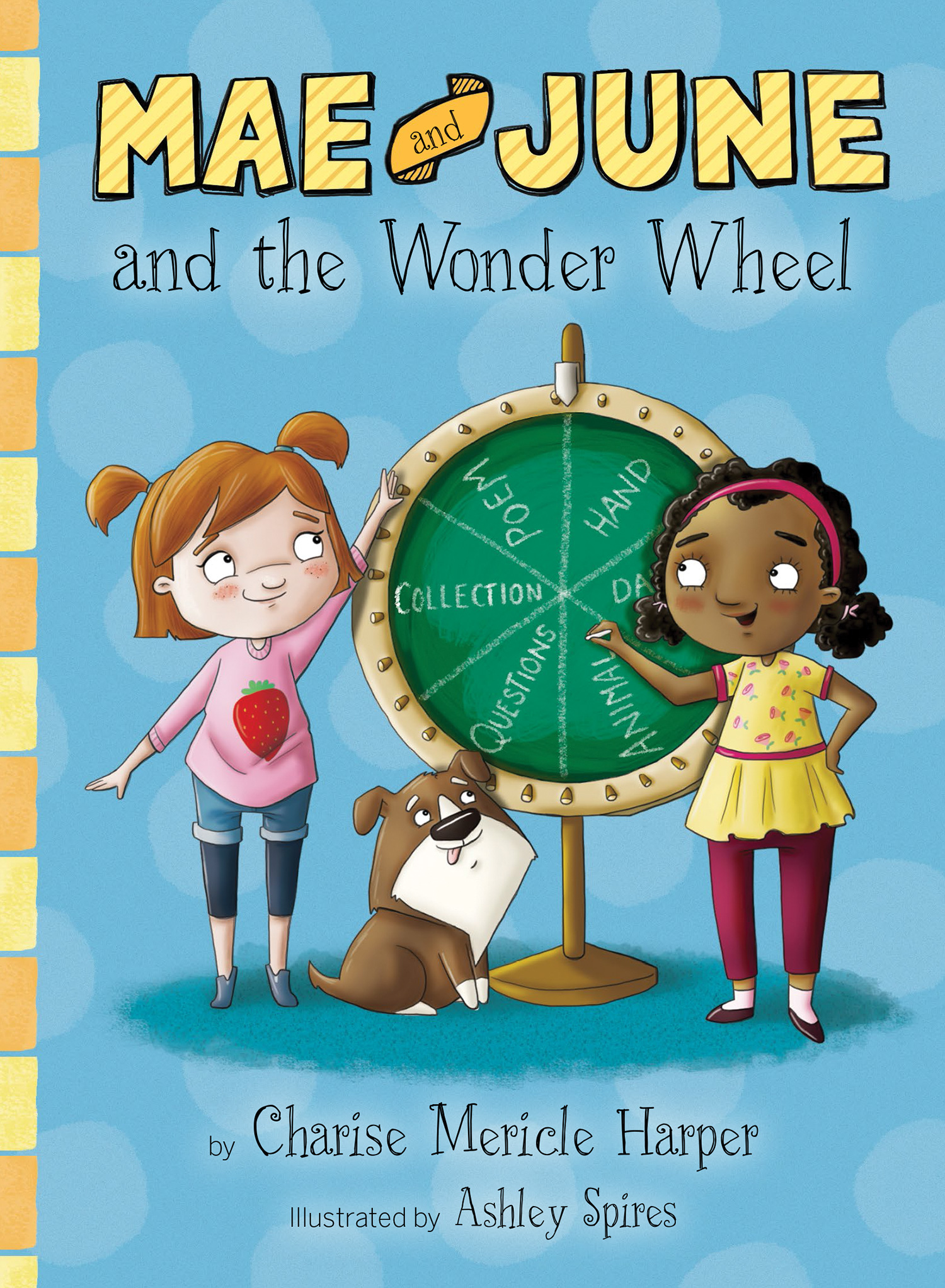