Love by the Morning Star

by Laura L. Sullivan
$8.99
Downton Abbey meets the classic British comedy of errors in this warm and witty YA romance.

In 1938, Germany is no place for a half-Jewish girl, so teenage cabaret singer Hannah goes to the grand country estate of Starkers, where she expects to be received as a distant relative. British bombshell Anna is supposed to enter the household as a kitchen maid and spy for her father’s Nazi sympathizer friends. But there’s a mix-up. When Anna is introduced as family and Hannah is banished to the kitchen, the novel erupts into a delightful and suspenseful comedy of errors. Romance, history, and philosophy sparkle and waltz in this brilliant book.

About the author
Laura L. Sullivan

Laura L. Sullivan is a former newspaper editor, biologist, social worker, and deputy sheriff who writes because storytelling is the easiest way to do everything in the world. She lives on the Florida coast, but her heart is in England.

Anna, Who Is Not the Heroine

It takes so much work being better than everyone else, Anna Morgan mused. Of course, on one level, superiority is a matter of one’s birth. No, she hastily amended, recalling her father’s origins as a grocer: not birth, but blood. Rank and money don’t matter. What did it say above the National Fascist Front (NAFF) headquarters? “Rank is but the guinea-stamp; the man’s the gold for all that.” She didn’t mind—almost didn’t mind—that she wasn’t of noble birth, because she had enough pride simply in being British. There was nothing better than that.

But to appear instantly and unequivocally superior to the untrained eye, that took some work.

She had natural advantages, of course, being statuesque and fair, with high-piled blond curls arranged in careful bedroom disarray. Her hourglass lines were achieved through exercise and will; her elegant, floor-length attire suggested leisure and lofty social status. Her features were large, her jaw strongly defined, with those Pre-Raphaelite bones that can make a girl either a stunner or a bumpkin, depending on what she does with them. Anna had been learning what to do with them for seventeen years, and had it down to a science. She knew she was beautiful—if a little frightening, but that was a part of her beauty—and if she ever forgot it she had only to stroll down the street and learn it again from all the admiring stares she received.

From earliest childhood, she’d always had ideas about what she could be, but her seed would have been scattered on barren soil if her grocer father had not discovered his gift for oratory and hate. Several years ago, a Russian Jew had opened a small grocery store around the corner, and through diligence, friendliness, the ability to get oranges year-round, and a most un-English lack of rats and black-beetles in his storeroom, managed to lure away a good-size chunk of Mr. Morgan’s clientele. From that moment Mr. Morgan conceived a violent hatred of all things foreign and all things Jewish. He threw in communism for good measure, liberated a soapbox from the store room, and began to spout off to anyone who would listen to him.

His eloquent vitriol caught the attention of Reginald Darling, who thought Oswald Mosley’s British Union of Fascists too soft and coddling, and he was recruited into the newly formed National Fascist Front. Mr. Morgan marched, he shouted, he smashed windows and broke heads, gradually rising to become Lord Darling’s right-hand man. When laws were passed and public opinion overwhelmingly turned against them, they took the organization underground (which was a relief to Anna, because it meant her father would never again have to wear the bloodred plus-fours that were part of the NAFF’s official uniform) and plotted to rid Britain of the parasitic foreigners who were sucking its lifeblood.

Which was all very well with Anna, particularly because it meant a move to London, where she could expand her horizons and learn to emulate the aristocracy. She was one of nature’s aristocrats, of that she was certain, so it was only right she should act like them. Her voice became cultivated, she always remembered to scoop her soup from the far side of her spoon, and she learned to apply her makeup in such a way that it seemed she had none on at all. All the while her father worked for the preservation of the true British way of life, and the well-being of the true British worker, and her mother hosted parties in their stylish new flat where people of like mind could plot the overthrow of the government for its own good. Anna kept her eyes open, looking for a “Lord,” or a “Sir,” or at worst an “Honorable” who might whisk her away to the life she knew she deserved.

Did she too hate foreigners, Jews, communists? Where there is such self-love there is very little room for anything else, even hate. She did not argue with her father, and she had a general and vague opinion that foreigners were dirty.

Germans, however, did not seem to count as foreigners in the eyes of the NAFF, so when her father received an invitation to be a secret envoy in Berlin, she was forced to revise her opinion slightly. It was not difficult to do. Queen Victoria had married a German.

Now Anna sat before a third-floor window in the Hotel Adlon, letting the streetlights cast her in a silvery outline that she knew was quite becoming. The man her parents were talking with had a Von in his name, which she thought meant he was something aristocratic. Not that she had any plans of settling for a German, but it was good to stay in practice. Though she had no official role in the NAFF, just a decorative one, she could tell that Herr Von Whoever-he-might-be was paying her particular attention. She let a small smile play on her lips, and began to listen to the conversation.

“Thanks to Mosley and his ham-handed tactics, the British have a bad opinion of fascism,” the Von said.

“He meant well,” Mr. Morgan replied, stung at a barb against his countryman.

“You and I, Germany and England, must be united in common cause. Lord Darling has told you, I’ve no doubt, of certain operations to place those sympathetic to our cause in positions of power. Unofficial, highly clandestine operations. The Nazi Party itself is unaware of them. The more forward-thinking of us will coordinate directly with Lord Darling. The English people do not wish to be at war with Germany—the Munich Agreement has made that clear—yet led as you are, I think war between our peoples is inevitable.”

Anna saw her father’s mouth twitch—he was itching to launch into his standard rhetoric, but Lord Darling had been teaching him patience.

The Von glanced at Anna, and she preened her curls. “We are all Aryans, the British, the Germans,” he said. “Yet those who are not friends of Germany must perforce be our enemies. We are noble people, soldiers, warriors; we do not recognize neutrality. It is another word for cowardice. If England does not join us, she will fall as the slave races fall . . . which will be a shame. Brandy?” He held out a glass.

“Thank you,” Mr. Morgan said, draining it at a gulp, without warming it or smelling it first. Anna saw a fleeting look of distaste cross the Von’s face. Unlike Anna, her father had not taken pains to improve himself. But then, Lord Darling liked his workingclass charm, offsetting, as it did, Lord Darling’s own aristocracy, helping the NAFF appeal to the masses.

“We have the germ of a plan, a master stroke that will ensure that England and Germany are forever allies, and we need your help.”

“Of course. Anything,” her father replied.

“You have an intelligent daughter,” the Von said, “and a beautiful one.” He looked her up and down, lingering too long in the middle, until she felt something squirming inside her, something cold and unpleasant. “She is loyal to the cause?” He turned back to Mr. Morgan.

“We’ve talked about you at great length, my dear,” the Von said to Anna. “And I think you will do. If you succeed, you will be a heroine to two nations. You will have done your part to keep our races

"Hannah is a breath of fresh air both for her hosts and for readers, who will enjoy rooting for her."

"Sullivan delights in leading readers through a jaunty muddle of romantic misfortunes."

"A light and fun romance that should appeal to fans of Downton Abbey." 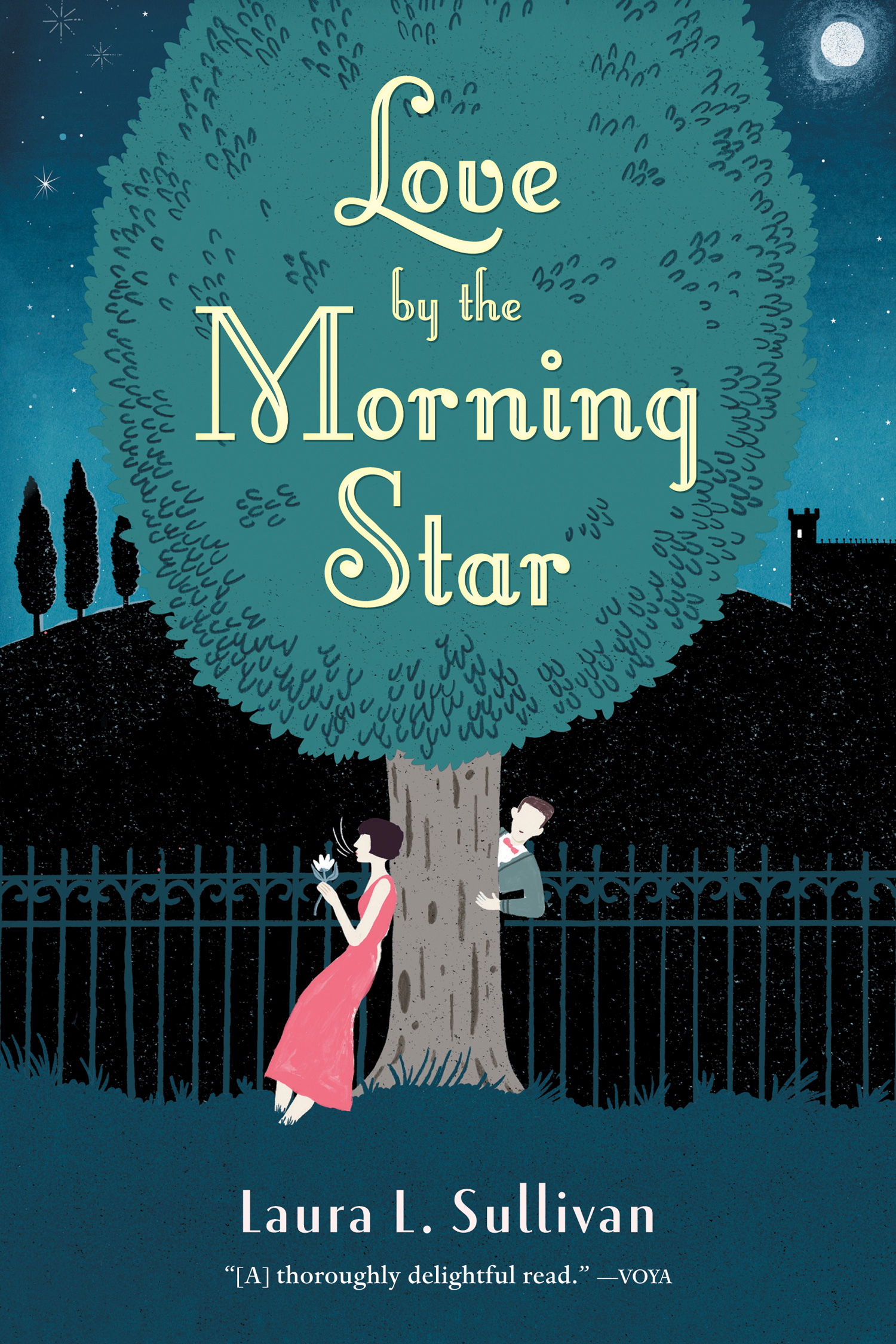