Love and Blood: At the World Cup with the Footballers, Fans, and Freaks

Veteran soccer commentator Jamie Trecker traveled to Germany for FIFA World Cup 2006. Here, reported from the restaurants, trains, bars, town squares, hostels, press boxes, and brothels, is his unvarnished account of the games and parties, great plays and fistfights, gossip and tacky souvenirs that turn the largest sporting event on earth into a true world bazaar. With equal measures insight and irreverence, Trecker captures the passion, politics, controversies, and economics that make soccer a reflection of the world.

About the author
Jamie Trecker

Lead soccer columnist for Fox Sports and an analyst for Fox Soccer Channel, JAMIE TRECKER is a contributor to the New York Times and the Seattle Post-Intelligencer as well as the Guardian, the Observer, the Telegraph, and Loaded magazine. He lives in Chicago.

While junkets like the draw seem exciting to fans and outsiders—You’re going to Germany! How thrilling!—the truth is that this part of the World Cup, however important for the teams and the competition, basically entails sitting in a modified hall with a bunch of tables and computer hookups, staring at a large TV screen. In Leipzig, the draw was held like a trade show at a new convention center, essentially a long glass aircraft hangar, full of dour, chain-smoking Europeans desperate to return to the hallway for another cigarette. The center’s entrance was decorated with a steel rose by a Berlin artist. Viewed dead on, the sculpture looked like a thin, flaccid penis atop a set of glass balls—not the best omen. As the drizzle came on and the temperature dropped, the setting seemed increasingly depressing.

In times past, the draw had been a bit more convivial—a great time to meet colleagues, trade war stories, discuss the finer points of padding one’s expense account, and, above all, get five interrupted minutes with a coach or VIP that went beyond your standard, stage-managed interview session. However, this draw set a new low in entertainment value. While the German journalists seemed quite well taken care of, especially in the drinks-and-smokes department, by and large the rest of the Fourth Estate was seen as a necessary nuisance. The VIPs and their hangers-on snuggled and chatted in an entirely different building, carefully segregated from any journalists who might ask an unscripted question. FIFA did present some of the bigwigs for Q&A sessions . . . with the caveat that journalists couldn’t ask anything. Instead, FIFA “media officers” would pose three questions to the VIPs, and the crowd would have the joy of dutifully recording their responses. Some of these “questions” bordered on the absurd, and others were declarative statements that wouldn’t have been out of place in Pyongyang.

All this control freakishness was finally undermined by the bizarre events at the draw ceremony itself. While the world waited for the crucial groupings, we watched magician Hans Klok. This blond, white-shirted Aryan did a routine with the aid of several gamines.* The one clad in a bikini top and tights (who, along with “The Bod,” did not pass muster with Iranian TV censors) didn’t raise eyebrows among the jaded press corps. No, it was the one clad in full-on bondage gear and wielding a riding crop, who stuffed Klok into a steel box, that provoked nervous laughter. I’m still not sure if this send-up of the Nazi S&M stereotype was an example of Dutch humor or a case of slumbering organizers, but most watching in Leipzig sat stunned through the rest of the program. (The English tourist bureau, recognizing that such stereotypes are common, released an unintentionally funny guide for English fans* that pleaded with them not to sing some of the more inflammatory terrace tunes . . . such as the evergreen “Ten German Bombers.”)

By now you may well be asking, What is this “draw” thing, anyway? In a nutshell, the draw is a big ceremony where the nations that have qualified for the tournament learn their group seedings. It’s the beginning of the World Cup finals, and the end of the qualification phase. The fact is, the World Cup is not a one-off event, but the end point of a four-year continuum.

Once a World Cup host is selected—usually six years before the Cup in question, to give the hosts time to prepare and to observe a tournament—a marathon starts. The qualification process, 210† nations chasing thirty-two slots for the next World Cup, begins almost as soon as the last one ends. For two years, nations play one another in a variety of competitions, because each region chooses its own qualifying format and schedule.

As a result, the qualifying process varies dramatically—CONMEBOL (Confederación Sudaméricana de Fútbol, or the South American Football Association) has been criticized for what is seen as a punishingly long qualification process. The smaller nations, the Mauritiuses, Vanuatus, et al., of the globe, start immediately in round-robin or knockout play to winnow the field, while CONCACAF (the Confederation of North, Central American, and Caribbean Association Football) has often used different regional competitions to decide automatic placements in its later qualification rounds. This time, it added an extra round, meaning the teams who reached Germany had to play eighteen games—as many as the oft-criticized CONMEBOL.

Each region is allocated a certain number of slots as well, adjusted after each World Cup depending on a region’s representatives’ performance in the tournament. CONCACAF sent four nations to the 2006 edition—Mexico, the USA, Costa Rica, and Trinidad and Tobago. Strong UEFA (Union of European Football Associations), on the other hand, sent fourteen teams.

Because of the tournament’s size, the World Cup is broken into two stages. First is the group stage, where the thirty-two teams are placed into eight groups of four. Between the first and third weeks of June, these teams play each of their groupmates once. A team earns three points for a win, one for a draw, and nothing for a loss. Realistically, a country has to win at least one and draw one of the three first-round games (for four points) to have a shot at making the next round. A knockout round follows, winnowing the field to eight, and then it’s quarters, semis, and the final. This all takes course over a thirty-day span, making the Cup a test of a team’s endurance as well as its skill, to say nothing of the stamina of the reporters and the fans.

Some groups are tougher than others, making the draw quite important. In 2006 the group the USA was seeded into was one of the toughest—a “grupo del morte” in soccer parlance—with the Yanks having to face Italy, Ghana, and the Czech Republic. Reigning champions Brazil got a comparatively soft draw against Croatia, Australia, and Japan.

As only the two top teams in each group progress to the knockout stages, a “good” draw is considered a favorable omen. What constitutes a good draw is debatable, however. Japan, for example, probably wasn’t pleased that it had to play regional rival Australia, world champ Brazil, and a decent European side in Croatia. In fact, that draw pretty much spelled doom for Japan right from the get-go. On the other hand, the Aussies, who are gleefully crazy, cheered—loudly, heartily, drunkenly—at news of their selection in Brazil’s group, shocking the hell out of the draw’s presenter, the leggy German model Heidi Klum. With typical down-under panache, the Australians wanted to have a go at the world’s top side, Brazil, partly because the Aussies are fearless, and partly because their kit (outfit) is based on that of the golden boys.*

During the group stage, when all the minnows are still in play, the twelve host cities are filled with each team’s eager, hopeful cheering sections; the draw thus lets those fans know where to book their rooms. This might seem a throwaway point, but not nearly enough rooms are ever available for rent and those rooms rise exponentially in price as the tournament grows nearer. (Germany had to crack down quite a bit on reported price gouging several... 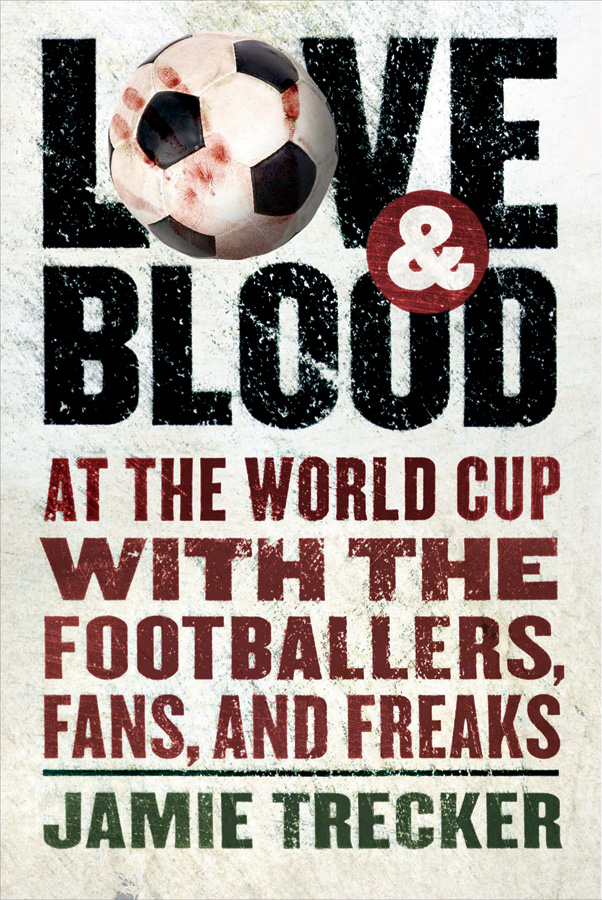