Life As We Knew It

When a meteor hits the moon, Miranda must learn to survive the unimaginable . . .

I guess I always felt even if the world came to an end, McDonald’s still would be open.

High school sophomore Miranda’s disbelief turns to fear in a split second when an asteroid knocks the moon closer to Earth, like "one marble hits another." The result is catastrophic. How can her family prepare for the future when worldwide tsunamis are wiping out the coasts, earthquakes are rocking the continents, and volcanic ash is blocking out the sun? As August turns dark and wintery in northeastern Pennsylvania, Miranda, her two brothers, and their mother retreat to the unexpected safe haven of their sunroom, where they subsist on stockpiled food and limited water in the warmth of a wood-burning stove.

Told in a year’s worth of journal entries, this heart-pounding story chronicles Miranda’s struggle to hold on to the most important resource of all—hope—in an increasingly desperate and unfamiliar world. An extraordinary series debut!

Susan Beth Pfeffer has written several companion novels to Life As We Knew It, including The Dead and the Gone, This World We Live In, and The Shade of the Moon.

About the author
Susan Beth Pfeffer

Susan Beth Pfeffer is the author of many books for teens, including the New York Times best-selling novel Life As We Knew It, which was nominated for several state awards, and its companion books, The Dead and the Gone, This World We Live In, and The Shade of the Moon. She lives in Middletown, New York.

Dad called around 11 o’clock to let us know. Only Mom had already taken Jonny to his baseball practice and of course Matt isn’t home from college yet, so I was alone to get the big news.

“The baby is due in December,” Dad crowed, like he was the first guy in the history of the world with a younger second wife about to have a baby. “Isn’t that great! You’re going to have a little brother or sister. Of course it’s too soon to tell what it’s going to be, but as soon as we know, we’ll tell you. I wouldn’t mind another daughter myself. The first one I had turned out so wonderfully. How’d you like a baby sister?”

“Yesterday afternoon,” Dad said. “I would have called you right away but, well, we celebrated. You can understand that, can’t you, honey? A little private time for Lisa and me before letting the world know.”

“First thing this morning,” he replied. “Her parents are thrilled. Their first grandchild. They’re coming for a couple of weeks in July, before you and Jonny visit.”

“Oh no, I’ll call,” Dad said. “He’s busy studying for his finals. He’ll be glad for the interruption.”

Dad muffled the phone for a second so he could whisper something to Lisa and then she took the phone. “Miranda,” she said. “Isn’t it exciting!”

“I was thinking,” she said. “Well, I know it’s way too soon and I haven’t even discussed this with your father yet, but would you like to be the baby’s godmother? You don’t have to answer right away, but do think about it, all right?”

That’s the problem I have with Lisa. Whenever I want to get mad at her, or just irritated because she really can be immensely irritating, she goes and does something nice. And then I can understand why Daddy married her.

“We don’t have to give it any more thought,” she said. “You should see the glow on your father’s face. I don’t think he could be any happier.”

“I couldn’t,” Dad said, and I could tell from his laughter that he’d grabbed the phone away from Lisa. “Miranda, please say yes. It would mean so much to us for you to be the baby’s godmother.”

So I said yes. I couldn’t exactly say no.

After that we chatted for a while. I told Dad about my last swim meet and how I was doing in school. Mom still hadn’t come back by the time I finally got off the phone, so I went online to see what’s new with figure skating. The hot topic at Brandon Erlich’s fan site is how good his chances are to win Olympic gold. Most people think not very, but a lot of us think he has a real shot at medaling and ice is slippery and you never know.

I think I’d like to take skating lessons again. I’ve missed it the past couple of years and besides, it’ll give me a chance to pick up news about Brandon. He isn’t being coached by Mrs. Daley anymore, but I bet she still hears stuff. And maybe Brandon’s mother would show up at the rink.

When Mom got in, I had to tell her about Lisa. She just said that was nice and that she knew the two of them wanted children. She and Dad have worked really hard on making it a “good divorce.” Matt says if they’d worked half as hard on their marriage, they’d still be married. I didn’t tell her about how I’m going to be the godmother (assuming Lisa doesn’t change her mind, which she’s more than capable of doing). I feel kind of bad that I’m going to be the godmother but no one said anything about Matt or Jonny being godfathers. Of course Lisa and Matt don’t get along very well, and maybe 13 is too young to be a godfather.

I hope Lisa changes her mind and I won’t have to deal with it.

May 8    Not the greatest Mother’s Day ever.

I’d told Mom a while ago that I’d make dinner and she decided to invite Mrs. Nesbitt. I can’t say I was surprised, but I figured if Mom was having Mrs. Nesbitt over I could ask Megan and her mom, too. Only when Jonny found out it was going to be me and Mom and Mrs. Nesbitt and Megan and Mrs. Wayne, he said that was too many females in one room for him and he was going to have dinner at Tim’s instead.

Mom always thinks it’s a good idea for Jonny to spend time with Tim and his family because there are three boys and Tim’s father is around a lot. She said if it was okay with Tim’s folks it was okay with her.

I called Megan and told her to bring her history notes with her and we’d study for the test together, and she agreed.

Which is why I’m so mad at her. If she hadn’t said yes, it would be one thing. But she did and I made enough meatloaf for five and salad and then right before I started setting the table, Megan called and said she had decided to stay on at her church and do something with the youth group. She’d gotten the dates mixed up. And her mother didn’t feel like coming without her, so it was going to be two less for Sunday dinner and she hoped I didn’t mind.

Well, I do mind. I mind because I’d been looking forward to all of us having dinner together and to studying with Megan. I also figured Mrs. Nesbitt and Mrs. Wayne would be good people for Mom to talk to about Lisa’s baby. Mom may not be best friends with Mrs. Wayne, but she’s funny and she would have gotten Mom laughing.

Megan is spending so much time at her church. She goes to services every Sunday and she never used to and she does stuff with the youth group at least twice a week and sometimes more and for all her talking about how she’s found God, I think all she’s found is Reverend Marshall. She talks about him like he’s a movie star. I even told her that once and she said that’s how I talk about Brandon, like it was the same thing, which it isn’t at all. Lots of people think Brandon is the best skater in the U.S. right now and besides it isn’t like I talk about him all the time and act like he’s my salvation.

Dinner was okay except I overcooked the meatloaf so it was a little dry. But Mrs. Nesbitt’s never been shy with the ketchup bottle. After a while I left her and Mom alone and I guess they talked about Lisa and the baby. I wish it was summer already. I can’t w... 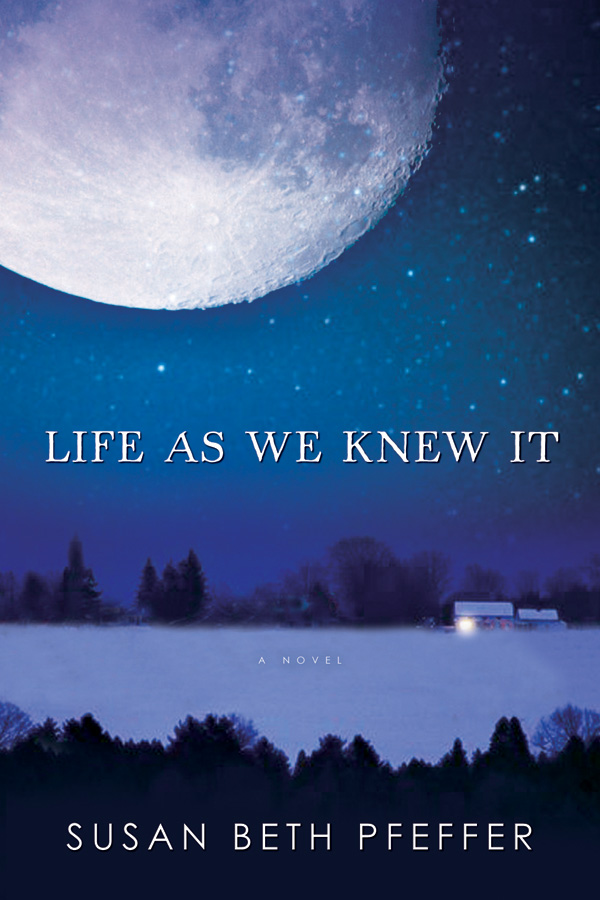