Frankenstein Makes a Sandwich by Adam Rex
Being a monster isn't all frightening villagers and sucking blood. Monsters have their trials, too. Poor Frankenstein's cupboard is bare, Wolfman is in need of some household help, and it's best not to get started on Dracula’s hygiene issues. What could be scarier?

Nineteen hilarious poems delve into the secret lives of the Creature from the Black Lagoon, Bigfoot, Godzilla, and others. In a range of styles that pay homage to everyone from Charles Schulz to John James Audubon, the monstrously talented Adam Rex uncovers horrific--and clever--truths you won't want to miss.

Mouse and Mole, Secret Valentine by Wong Yee
Rosy-cheeked Mouse and shy Mole share their secret valentines and feel butterflies in their bellies in this seventh installment in the award-winning Mouse and Mole series. Wong Herbert Yee creates just the right combination of sweetness, humor, and heart with his words and images for this early reader audience. Readers will be smitten and swooning with this new tender and funny book in this artful and accessible series. As an added bonus, learn how to make a valentine to share in the back of the book!

Five Little Monkeys Bake a Birthday Cake by Eileen Christelow
Five little monkeys wake up with the sun. Today is their mama's birthday and they are going to bake a cake. They'll have to measure the flour and mix in the right number of eggs, and get it all into the oven in time for the birthday surprise--without waking up Mama! Eileen Christelow has created an original, high-energy romp, sure to delight any child who has tried to plan a surprise.

Apple Pie Fourth of July by Janet Wong, Margaret Chodos-Irvine
Shocked that her parents are cooking Chinese food to sell in the family store on an all-American holiday, a feisty Chinese American girl tries to tell her mother and father how things really are. But as the parade passes by and fireworks light the sky, she learns a surprising lesson.

About the author
We’re sorry 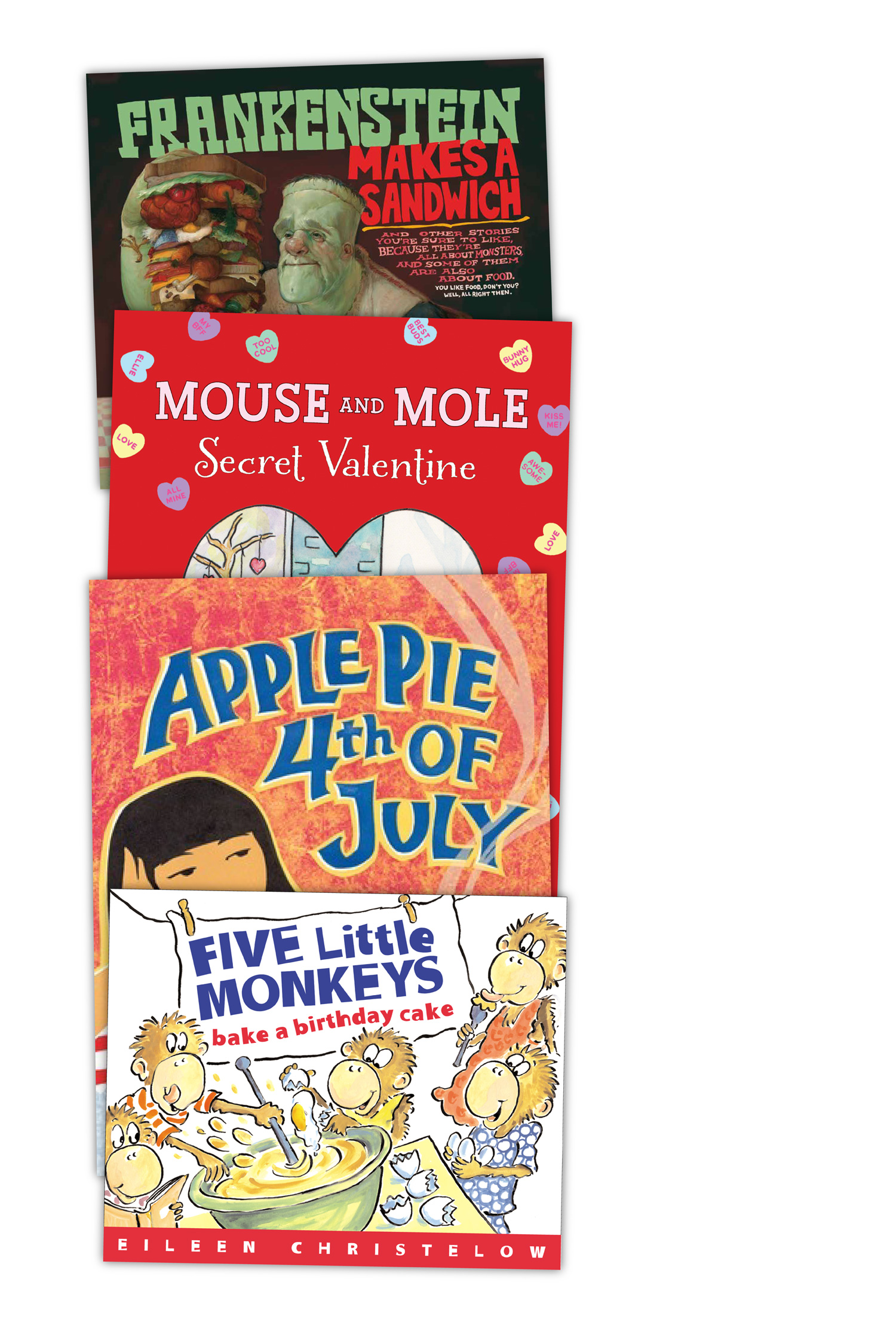