Capturing the essence of the Southwest in 1915, Oliver La Farge's Pulitzer Prize-winning first novel is an enduring American classic. At a ceremonial dance, the young, earnest silversmith Laughing Boy falls in love with Slim Girl, a beautiful but elusive "American"-educated Navajo. As they experience all of the joys and uncertainties of first love, the couple must face a changing way of life and its tragic consequences.

Capturing the essence of the Southwest in 1915, Oliver La Farge's Pulitzer Prize-winning first novel is an enduring American classic. At a ceremonial dance, the young, earnest silversmith Laughing Boy falls in love with Slim Girl, a beautiful but elusive "American"-educated Navajo. As they experience all of the joys and uncertainties of first love, the couple must face a changing way of life and its tragic consequences.

About the author
Oliver La Farge

He was riding the hundred miles from T’o Tlakai to Tsé Lani to attend a dance, or rather, for the horse-racing that would come afterwards. The sun was hot and his belly was empty, but life moved in rhythm with his pony loping steadily as an engine down the miles. He was lax in the saddle, leaning back, arm swinging the rope’s end in time to the horse’s lope. His new red headband was a bright colour among the embers of the sun-struck desert, undulating like a moving graph of the pony’s lope, or the music of his song —

Rope’s end, shoulders, song, all moved together, and life flowed in one stream. He threw his head back to sing louder, and listened to the echo from the cliffs on his right. He was thinking about a bracelet he should make, with four smooth bars running together, and a turquoise in the middle — if he could get the silver. He wished he could work while riding; everything was so perfect then, like the prayers, hozoji nashad, travelling in beauty. His hands, his feet, his head, his insides all were hozoji, all were very much alive. He whooped and struck up the Magpie Song till the empty desert resounded —

He was lean, slender, tall, and handsome, Laughing Boy, with a new cheap headband and a borrowed silver belt to make ragged clothes look fine. At noon, having no money, he begged coffee from a trader at Chinlee and went on, treasuring his hunger because of the feasting to come. Now he began to meet Navajos of all ages, riding to the dance. The young men bunched together — a line of jingling bridles, dark, excited faces, flashing silver, turquoise, velveteen shirts, dirty, ragged overalls, a pair of plaid calico leggins, a pair of turkey-red ones. Some of them were heavy with jewelry; Horse Giver’s Son wore over four hundred dollars in silver alone; most of them had more than Laughing Boy. They stopped to look at his bow-guard, which he himself had made. ‘I am a good jeweller,’ he said, elated; ‘I make silver run like a song.’ ‘You should make a song about yourself,’ they told him, ‘and teach the burros to sing it.’ ‘Have you had any rain up by T’o Tlakai?’ ‘No, it is just like last year. It is the devil. The grass is all dried up and the sheep are dying.’ ‘They had a cloudburst over by T’isya Lani. It washed out the dam.’ ‘It washed out the missionary’s house, they say. His wife ran out in something thin and got wet, they say.’ ‘Ei-yei!’ Tall Hunter and his wife drove past in a brand-new buckboard behind two fast-trotting, grey mules. He owned over five hundred head of horses, and his wife had thick strings of turquoise and coral around her neck. ‘His brother is in jail for stealing cattle, they say.’ ‘What is jail?’ asked Laughing Boy. Slender Hair explained: ‘It is something the American Chief does to you. He puts you in a room of stone, like a Moqui house, only it is dark and you can’t get out. People die there, they say. They haven’t any room; they can’t see anything, they say. I do not like to talk about it.’ Laughing Boy thought, I should rather die. He wanted to ask more, but was ashamed to show his ignorance before these southern Navajos, many of whom wore hats like Americans, and who knew so much of Americans’ ways. They raced. His horse was tired, but it won by a nose, which was just as well, since he had bet his bow-guard. Now he had six dollars. He hoped there would be gambling. Tsé Lani showed a distant bonfire in the dusk, with mounted Indians moving in on it like spokes of a wheel. About two hundred young men came together half a mile away, making their ponies prance, exchanging greetings. Crooked Ear carried the ceremonial wand. Now they all lined up, with the dull, red sunset behind their black figures. They started going like getting off to a race, right into a gallop, yelling. Over by the fire was shouting, and another line tearing towards them. The world was full of a roar of hooves and two walls of noise rushing together, the men leaning forward over their horses’ necks, mouths wide. ‘E-e-e-e-e!’ They met in a great swirl of plunging, dodging horses, and swept on all together, whooping for dear life, with the staff in front of them, almost onto the fire, then dissolved with jingling of bits, laughter, and casual jokes as they unsaddled by the pool. The steady motion of excitement was slowed then, in the last of the day, by the rocks and the pinons, by the reflection of the sky in the pool where flat, vague silhouettes of horses stooped to drink. The voices of many people, the twinkling of fires continuued the motif, joining the time of quiet with elation past and to come; a little feeling of expectation in Laughing Boy’s chest, a joyful emptiness, part hungeeeeer and part excitement. He tended his pony minutely. The little mare had had two days of loping; shortly he wanted to race her; three days of rest would not be too much. She was his only horse; he had traded two others for her. She was tough, as a horse had to be to live at all in the North country. He ran his hands down her withers, feeling the lean, decisive muscles. In all that section, from Dennihuitso to Biltabito, from T’o Tlikahn to T’o Baka, where he knew every horse by sight, she was the best, but she would meet some competition here. He felt as if she were his own creation, like the bowguard; at least he had selected her, as he had chosen the soft blue turquoise in the ornament. Little, compact, all black save for the tiny white spot on her forehead, she had the ugly Roman nose of character. She was like an arrow notched to a taut bowstring — a movement of the hand would release level flight swiftly to a mark. He was thinking some of these things, half hearing the noises of the people. Just like the prayer, ‘travelling in beauty.’ It would be good to be a singer as well, to express all these things through the prayers. He would like to know many of them, to learn to conduct the Mountain Chant, and know all the beautiful stories behind the songs and ceremonies inside the Dark Circle of Branches. That would be really on the trail of beauty; to work in silver and turquoise, own soft-moving ponies, and lead the Mountain Chant. Just thinking about it was good. It made him feel cool inside.

All the time he was passing his hand along the pony’s neck, along her back, feeling the lines of tough muscles. ‘E-ya, Grandfather, are you going to dance with the horse?’ Jesting Squaw’s Son called over to him, ‘food is ready.’ ‘Hakone!’ He returned abruptly to the quick-moving life of the dance. ‘I can eat it. I did not know you were coming.’ ‘I came when I heard you were to race your mare. I think there is money to be made, then, and I want to see her race.’ They went up arm in arm into the crowd, pushing their way into the circle around one of the fires. Busy housewives gave them coffee, the big pot of meat was passed over, and a flat, round loaf of rubbery, filling bread. The meat was the backbone of a yearling calf, boiled with corn. It was good. He munched joyfully, feeling his empty stomach fill, wadding himself with bread, washing 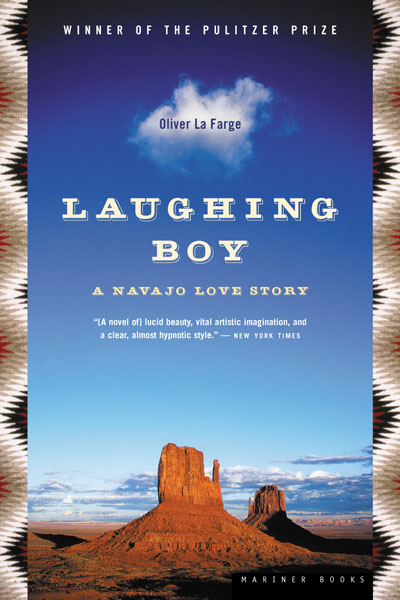