Evan Treski is people-smart. He is good at talking with people, even grownups. His younger sister, Jessie, on the other hand, is math-smart—but not especially good at understanding people. She knows that feelings are her weakest subject. So when their lemonade war begins, there really is no telling who will win—and even more important, if their fight will ever end.

Here is a clever blend of humor and math fun. As it captures the one-of-a-kind bond between brother and sister, this poignant novel subtly explores how arguments can escalate beyond anyone’s intent.

For a full hour, he poured lemonade. The world is a thirsty place, he thought as he nearly emptied his fourth pitcher of the day. And I am the Lemonade King.

Fourth-grader Evan Treski is people-smart. He’s good at talking with people, even grownups. His younger sister, Jessie, on the other hand, is math-smart, but not especially good with people. So when the siblings’ lemonade stand war begins, there really is no telling who will win—or even if their fight will ever end. Brimming with savvy marketing tips for making money at any business, definitions of business terms, charts, diagrams, and even math problems, this fresh, funny, emotionally charged novel subtly explores how arguments can escalate beyond anyone’s intent.

About the author
Jacqueline Davies

Jacqueline Davies is the talented writer of several novels and picture books, including The Lemonade War series and The Boy Who Drew Birds. Ms. Davies lives in Needham, Massachusetts, with her family. www.jacquelinedavies.net

Evan lay on his back in the dark, throwing the baseball up in a straight line and catching it in his bare hands. Thwap. Thwap. The ball made a satisfying sound as it slapped his palm. His legs flopped in a V. His arms stretched up to the ceiling. And the thought that if he missed he’d probably break his nose made the game just interesting enough to keep going.

On the floor above he heard footsteps—his mother’s—and then a long, loud scraping-groaning sound. He stopped throwing the ball to listen. His mother was dragging something heavy across the kitchen floor. Probably the broken air conditioner.

A week ago, right at the beginning of the heat wave, the air conditioner in his mother’s attic office had broken. The man from Sears had installed a brand- new one but left the old one sitting right in the middle of the kitchen floor. The Treskis had been walking around it all week.

Scra-a-a-ape. Evan stood up. His mom was strong, but this was a two- person job. Hopefully she wouldn’t ask him why he was hiding in the dark basement. And hopefully Jessie wouldn’t be in the kitchen at all. He’d been avoiding her for two days now, and it was getting harder by the minute. The house just wasn’t that big.

Evan had his hand on the railing when the scraping noise stopped. He heard footsteps fading to silence. She’d given up. Probably the heat, he thought. It was that kind of weather: giving-up kind of weather.

He went back to lying on the floor.

Then he heard the basement door open. Psssshhh. Evan caught the ball and froze.

“Evan?” Jessie’s voice sounded echo-y in the darkness. “Evan? You down there?”

Evan held his breath. He lay completely still. The only thing that moved was the pins-and-needles prickling in his fingers.

“Evan? Is that you?” Jessie took one short step into the basement. “Is that . . . ? She inched her way toward him, then kicked him with her bare foot.

“Hey! Watch it, would ya?” said Evan, swatting her leg. He suddenly felt stupid lying there in the dark.

“I thought you were a sleeping bag,” she said.

“I couldn’t see. What are you doing down here? How come the lights are off?”

“It’s too hot with the lights on,” he said. He talked in a flat voice, trying to sound like the most boring person on the whole planet. If he kept it up, Jessie might just leave him alone.

“Mom’s back in her office,” said Jessie, lying down on the couch. “Working.” She groaned as she said the word.

Evan didn’t say anything. He went back to throwing the ball. Straight up. Straight down. Maybe silence would get Jessie to leave. He was starting to feel words piling up inside him, crowding his lungs, forcing out all the air. It was like having a chestful of bats, beating their wings, fighting to get out.

“She tried to move the air conditioner, but it’s too heavy,” said Jessie.

Evan tightened up his lips. Go away, he thought. Go away before I say something mean.

“It’s gonna be hot a-a-a-all week,” Jessie continued. “In the nineties. All the way up ’til Labor Day.”

“So, whaddya wanna do?” Jessie asked.

Scream, thought Evan. Jessie never got it when you were giving her the Big Freeze. She just went right on acting as if everything were great. It made it really hard to tell her to bug off without telling her to BUG OFF! Whenever Evan did that, he felt bad.

“So, whaddya wanna do?” Jessie asked again, nudging him with her foot.

It was a direct question. Evan had to answer it or explain why he wouldn’t. And he couldn’t get into that. It was too . . . too complicated. Too hurtful.

“Huh? So, whaddya wanna do?” she asked for the third time.

“We could ride our bikes to the 7-Eleven,” she said.

“You just got ten dollars from Grandma for your birthday.”

Evan stopped throwing the ball and looked at her. “What?”

Jessie pulled her legs tight to her chest. “Nothin’,” she said.

“Right,” said Evan. He knew that Jessie had money. Jessie always had money squirreled away in her lock box. But that didn’t mean she was going to share it. Evan went back to throwing the baseball. He felt a tiny flame of anger shoot up and lick his face.

> “We could build a fort in the woods,” said Jessie.

“We could play Stratego.”

“We could build a track and race marbles.”

A thin spider web of sweat draped itself over his foreheaddddd, spreading into his hair. With every throw, he told himself, It’s not her fault. But he could feel his anger growing. He started popping his elbow to put a little more juice on the ball. It was flying a good four feet into the air every time. Straight up. Straight down.

The bats in his chest were going nuts.

“What is the matter with you?” asked Jessie. “You’ve been so weird the last couple of days.”

“I just don’t wanna play a dumb game like Stratego,” he said.

“You like Stratego. I only picked that because it’s your favorite game. I was being nice, in case you hadn’t noticed.”

“Look. There are only six days left of summer, and I’m not going to waste them playing a dumb game.” Evan felt his heartbeat speed up. Part of him wanted to stuff a sock in his mouth, and part of him wanted to deck his sister. “It’s a stupid game and it’s for babies and I don’t want to play a stupid baby game.”

“Why are you being so mean?”

Evan knew he was being mean, and he hated being mean, especially to her. But he couldn’t help it. He was so angry and so humiliated and so full of bats, there was nothing else he could be. Except alone. And she’d taken even that away from him. “You’re the genius,” he said. “You figure it out.” Good. That would shut her up. For once! Evan watched the ball fly in the air.

“Is this because of the letter?” Jessie asked.

“Crud! Oh, CRUD!” He curled over onto his side, grabbing his nose with both hands. There was a blinding, blooming pain right behind his eyes that was quickly spreading to the outer edges of his skull.

“Do you want some ice?” he heard Jessie ask in a calm voice.

The basics of economics take backseat to Evan and Jessie's realizations about themselves and their relationship. Davis . . . does a good job of showing the siblings' strengths, flaws, and points of view in this engaging chapter book.

A clever blend of humor, math fun and savvy marketing tips, it subtly explores how arguments can escalate.

"[T]his compelling tale about growing up and getting along is appealing and engaging." Book Links January 2008 Book Links, ALA 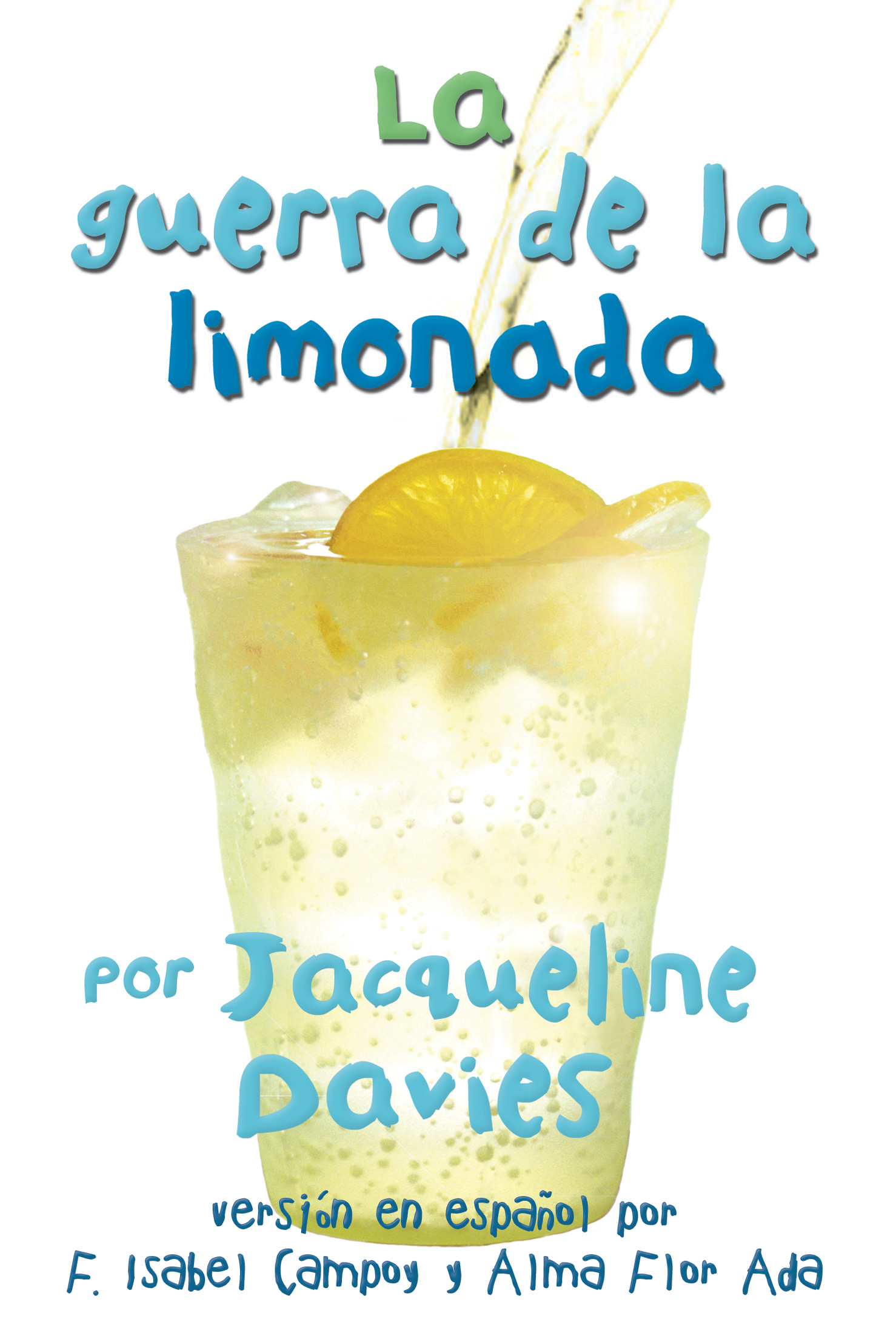