A seductive novel about a privileged but damaged Manhattan wife whose main source of stability—her marriage—comes under threat, from forces both without and within.

A seductive novel about a privileged but damaged Manhattan wife whose main source of stability — her marriage — comes under threat, from forces both without and within.

For most of their marriage, Althea has fluctuated between extreme depressive and manic states — what she calls “the Tombs” and “the Visions” — and Oliver has been the steady hand that guided her to safety. This summer, Althea decides that she will be different from here on. She will be the loving, sexy wife Oliver wants, and the reliable, affectionate mother their nine year-old daughter Clem deserves. Her plan: to bring Clem to their Easthampton home once school is out — with no “summer girl” to care for her this time — and become “normal.”

But Oliver is distant and controlling, and his relationship with their interior decorator seems a bit too close; Clem has learned to be self-sufficient, and getting to know her now feels like very hard work for Althea. Into this scene enters the much younger, David Foster Wallace–reading house painter, who reaches something in Althea that has been long buried.

Fearless, darkly funny, and compulsively readable, If You Left explores the complex dance that is the bipolar marriage, and the possibility that to move forward, we might have to destroy the very things we've worked hardest to build.

About the author
Ashley Prentice Norton

ASHLEY PRENTICE NORTON is a graduate of Exeter, Georgetown, and the Creative Writing Program at New York University. Her critically acclaimed first novel, The Chocolate Money, was heralded as "darkly funny . . . compulsively readable" by People. She has also written If You Left, which mirrors the same dark humor. She lives in New York with her husband and three children.

It must have been the first or second week of October by then, or maybe even the third; she didn’t know and hadn’t really cared. But on that day, time ?— ?or, rather, timing ?— ?suddenly mattered. Oliver had left only ten minutes earlier to drop Clem at school, but not before kissing Althea on the head and gently pulling the bedroom door closed, thinking she was still asleep. Afterward, he was going to a breakfast meeting at the W Hotel for Spectacle, the company he had started right out of graduate school and that now made millions selling eight-hundred-dollar sunglasses. But Oliver often forgot something and he could easily return to the loft and catch her. She decided to wait another five minutes, which, for her, was an eternity.

Now she was sitting on the floor of their bathroom, knees to her chest, wearing a Ski Sun Valley! hoodie and a pair of Oliver’s cotton pajama bottoms, the same outfit she had worn for the past three weeks. In her right hand, she held a black croc belt, her Christmas gift to Oliver the year before. She had a hard time imagining herself going into a store ?— ?first just browsing, then asking to have something removed from a case, and, finally, going to a counter, digging through her wallet for a credit card, waiting to have the item rung up. It all seemed like so much effort laced with so much optimism.

What she was about to do made a great deal more sense. Fasten the belt around the shower rod, then around her neck, then hop from the lip of the tub. But this would be the fifth time in nine years she had tried, and she had never gotten it right. Always a bridesmaid, never a bride.

She had been flattened by the Tombs since late August. The Tombs weren’t the crying kinds of depressions, the ones that came with enough energy and engagement for her to feel sad or hate herself. She didn’t have emotions anymore; she had nothing. There was just no point. To anything. She couldn’t think of anything to do but sleep. She wasn’t tired, but somehow, she slept. Until she stopped being able to. Even with the meds Dr. Bair gave her. He tried every possible cocktail, but there was just the bleakness of the Tombs. They said it was clinical. It didn’t matter what they called it. She just wanted to die. Why didn’t she?

But today a radical idea had occurred to her while she was lying in bed, looking at her watch. An idea as to why she had survived slicing her wrists to the bone, smashing her car into a tree, overdosing on meds. She wasn’t crying out for help or attention. Her manic-depression already gave her plenty of both ?— ?she had doctors, meds, hospitalizations ?— ?without self-inflicted injuries. She hadn’t been playing at suicide. So what was the problem? Now it was obvious. It had been Oliver. Althea had felt like she couldn’t do it to him. She’d owed him too much to take her own life.

Oliver had stuck by Althea when she’d been diagnosed as a manic-depressive, fourteen years earlier. He’d been twenty-six, Althea twenty-four, and they’d been married only two years. That time, it had been an episode of the Visions. The upward bounce of the Tombs, where she almost needed sunglasses because everything looked so brilliant and delicious, and gloves because the vibrations she felt when she touched even mundane things like doorknobs or Bic pens were too intense. She wanted to lick them or suck on them, and the golds and blues were sharp enough to slice her eyes. Ollie had thought she was kidding at first, then that she was doing drugs, but when she spent one whole day watching a movie on a loop, repeating the dialogue perfectly after only the second viewing, all the parts, replaying it again and again, for hours, he knew something was wrong and took her to his internist, who sent them to the hospital.

How many other men his age ?— ?boys, really ?— ?would’ve stayed by her when they learned there was no cure for her illness, that it would only get worse over time? Probably none. But Oliver had. Why? He’d never told her and she was afraid to ask. She couldn’t figure it out. She was like a stock he had invested all of his savings in that had crashed. Why didn’t he leave and start over? Love didn’t seem like enough of a reason. Could love hold up to this? Maybe it was character. He was the kind of guy to stick it out no matter what. And since he had done that, stuck by her, did she really have the right to choose such a gruesome ending to their marriage? Make him find her covered in bruises and blood or see her stuffed in a drawer at some morgue with bad fluorescent lighting, naked but for a

But what if that was actually the right ending for them both? If she were dead, she would no longer be sick; despite what they had told her, she would have found herself a cure. She would be at rest, God bless. She knew at first Oliver would feel guilty, think that it was his fault she had died. But then some well-meaning soul would tell him that bipolar people have more success than most populations when it comes to killing themselves, that he really shouldn’t take it too personally. And this would signal that enough time had passed for people to say another really stupid thing to him about her ?— ?that she was gone but he had to move on. He could now date, even marry, without being the dick who’d left his mentally ill wife. A total win.

She would get it right this time. She would finally have suicided. God, she loved how that sounded.

But when she tried to hang herself, the shower rod couldn’t sustain her weight and it slid down the wall, taking her with it. Jesus. Her sole injury was a laceration from smacking her head on the tub. The only upside of this whole fiasco was that she had found something to do from 8:42 a.m. to 9:06 a.m. Filling time was always a bitch during the Tombs.

Suzanne, Clem’s latest nanny, found her trying to clean up the blood on the bathroom floor with a handful of Cottonelle. Suzanne phoned Oliver right away, but the head injury was not bad enough for her to call 911. For the moment, Althea might be sick, but she was safe. Attempting suicide was like having sex: there was always a lull before having another go.

When Oliver arrived, he calmly strode into the bathroom, blazer off, with the composure of someone who could see past a crisis and knew exactly how to fix it.

Oliver gently guided his wife up from the floor and pulled her to his chest; her hair, matted with dried blood, left imprints over his Thomas Pink shirt.

Althea. Oliver never asked Why? or How could you? She could barely talk when she was in the Tombs anyway. Just little whispers that were almost impossible for someone to hear and that she was never quite sure made it out of her head. Oliver took off her Ski Sun Valley! hoodie and the Brooks pajama bottoms and threw them in the hamper. She panicked. The shower. Just the thought of it scared her. It made her feel claustrophobic and she didn’t even have the energy to put down a bathmat. The two-step process of shampoo/conditioner was overwhelming. Oliver left the room and return...

"A woman suffering from bipolar disorder reaches a crossroads in her marriage and her life in this irresistible, tightly plotted novel. Althea Willow seems to have everything. Her husband, Oliver, owns a highly successful sunglasses company, and Althea is known for her controversial photography. If only she could relate more to their adopted 10-year-old daughter, Clem, she thinks she might just get this family thing right. Unfortunately, her affliction is in the driver’s seat, and she’s a slave to her symptoms, and a host of insecurities. Things come to a head when, after a decision to redecorate their East Hampton vacation home, Oliver brings in his beautiful French colleague, Claire Bissot to help. Althea is mortified, sensing they’re more than just coworkers, and Oliver’s past affairs only fuel the fire. Things really heat up when Althea hires Maze, a young painter who brings out a desire in her that she thought she’d lost. Norton (The Chocolate Money) writes Althea with a sure hand, unsentimental in her portrayal of a woman who is ruled by her illness and her codependent relationship with Oliver, yet desperately yearns for more. The lean narrative is unflinching, which only makes Althea’s story, and her eventual self-enlightenment, even more poignant." -- Publishers Weekly 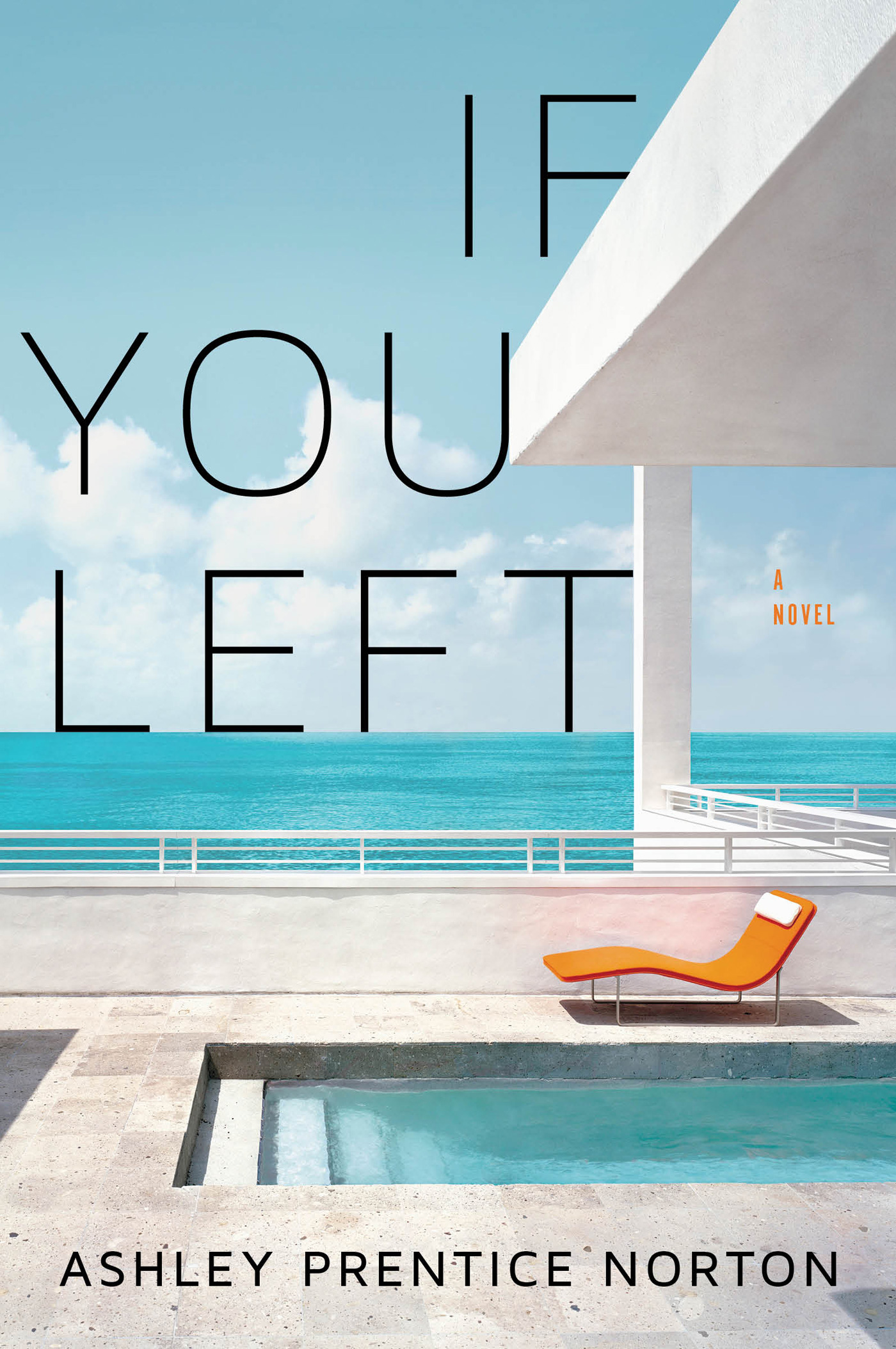