If I Should Die Before I Wake

A neo-Nazi teen is transported back in time to World War II Poland, where she is now a Jewish girl in a Nazi ghetto.

Hilary hates Jews. As part of a neo-Nazi gang in her town, she's finally found a sense of belonging. But when she's critically injured in an accident, everything changes.
Somehow, in her mind, she has become Chana, a Jewish girl fighting for her own life in the ghettos and concentration camps of World War II.
Han Nolan offers powerful insight into one young woman's survival through the Holocaust and another's journey out of hatred and self-loathing.
Reader's guide and an interview with the author included.

About the author
Han Nolan 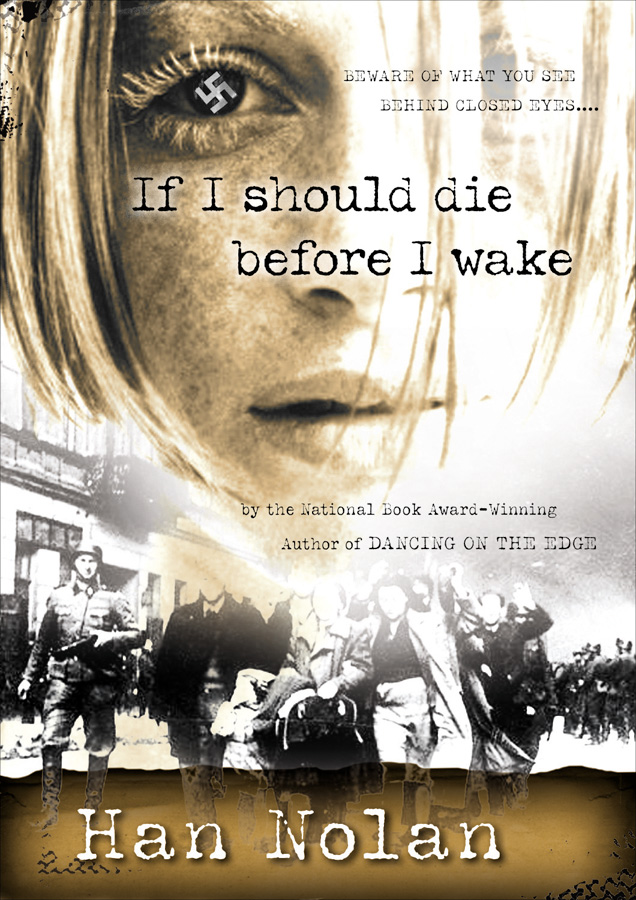