How Dogs Love Us: A Neuroscientist and His Adopted Dog Decode the Canine Brain

by Gregory Berns
$25.00
A neuroscientist finally and definitively answers the age-old question: What is my dog thinking?

About the book
The powerful bond between humans and dogs is one that’s uniquely cherished. Loyal, obedient, and affectionate, they are truly “man’s best friend.” But do dogs love us the way we love them? Emory University neuroscientist Gregory Berns had spent decades using MRI imaging technology to study how the human brain works, but a different question still nagged at him: What is my dog thinking?

After his family adopted Callie, a shy, skinny terrier mix, Berns decided that there was only one way to answer that question—use an MRI machine to scan the dog’s brain. His colleagues dismissed the idea. Everyone knew that dogs needed to be restrained or sedated for MRI scans. But if the military could train dogs to operate calmly in some of the most challenging environments, surely there must be a way to train dogs to sit in an MRI scanner.

With this radical conviction, Berns and his dog would embark on a remarkable journey and be the first to glimpse the inner workings of the canine brain. Painstakingly, the two worked together to overcome the many technical, legal, and behavioral hurdles. Berns’s research offers surprising results on how dogs empathize with human emotions, how they love us, and why dogs and humans share one of the most remarkable friendships in the animal kingdom.

How Dogs Love Us answers the age-old question of dog lovers everywhere and offers profound new evidence that dogs should be treated as we would treat our best human friends: with love, respect, and appreciation for their social and emotional intelligence.
About the author
Gregory Berns

GREGORY BERNS, M.D., Ph.D., is the Distinguished Professor of Neuroeconomics at Emory University. Dr. Berns's research is frequently the subject of popular media coverage, including articles in the New York Times and the Wall Street Journal.

Callie was dancing in the lab. Zooming from person to person, the little black village dog with the energy of a rocket knew that all the months of training had led to this moment. Her eyes sparkled with life, and her rat-tail wagged side to side with such intensity that her head moved in exactly the opposite direction. She was ready.

Let’s get on with it!

Callie’s excitement was infectious. Everyone in the lab wanted to see the experiment we were about to perform, mostly because nobody thought it would work. Could we really scan a dog’s brain to figure out what it was thinking? Would we find proof that dogs love us?

With the team assembled and ten minutes until scan time, we headed to the hospital. Dogs, of course, were not allowed on campus, and here was a very special dog marching across the quad with a dozen people in her entourage. I carried the backpack full of treats and supplies, Andrew toted the computer that would record the timing of the experiment, and Mark hauled the plastic stairs that would let Callie walk up into the MRI—she would have to do that on her own. Everyone else tagged along, snapping photos and texting their friends: the Dog Project was actually going to happen.

Students, stuck in their lectures, stared out classroom windows as Callie led us all to meet her destiny with a big-ass magnet.

We entered the MRI room through a secret entrance to the hospital.

Even though the Dog Project had already taken on a circus-like atmosphere, there was no need to alarm the patients by parading Callie through the hospital corridors. I pulled shut the massive door, which was clad in copper to keep out stray electrical signals. It made a tight seal, almost like an air lock. With the room secure, I let Callie off-leash.

With nose to the ground and tail held high, she trotted around the MRI scanner, making several circuits. Curiosity satisfied, she exited the magnet room and checked out the control room. Despite the hospital setting, the floor was filthy. Several years earlier, a janitor had attempted to clean the MRI room. Imagine his surprise when the floor buffer levitated off the ground and crashed into the bore of the magnet. Ever since, the janitorial staff had been forbidden from entering the facility. The cleanliness had subsequently declined.

Callie, of course, found every crumb of organic matter that had, at one time, been edible.

Before we could do any brain scanning, Callie would have to go in the magnet. Normally, magnetic fields are imperceptible to us. But the MRI creates a field sixty thousand times stronger than Earth’s magnetic field. You definitely feel it. As you approach the center of the MRI, the magnetic field increases rapidly in intensity. If you moved a piece of metal through the field, an electrical current would be induced. The same thing happens when a person moves through the magnetic field. The field induces small electrical currents in your body. These currents are most prominent in the inner ear, creating a slight spinning sensation as you are moved into the center of the magnet. For some people, though, it can create a nauseating sense of vertigo.

Up until that moment, the thought had not occurred to me that dogs might be more sensitive to the magnetic field than humans. We were about to find out.

I placed the portable steps at the base of the patient table. Callie sniffed them but showed no interest in climbing them. She continued to trot around the room, curious about every nook and cranny. Time to bring out the hot dogs.

That got her attention. Unable to resist the scent of hot dogs, she padded up to the top of the steps, but once there, she balked at climbing onto the patient table. Of course, I could have picked her up and put her there, but it was important to remain faithful to our ethical principle of self-determination. Callie had to do it of her own free will.

The MR techs started laughing. How could we do an MRI if the subject wouldn’t even get on the table? But I knew Callie would eventually come around. The environment was new and exciting. Once she settled down, she would focus on what she had already learned.

After five minutes of walking up the steps and jumping off, Callie tentatively placed her paw on the patient table. With great enthusiasm I encouraged her to keep going.

She got it. Once up on the table, she saw it wasn’t scary at all and that there was a ready supply of hot dogs. Now, she had to go in the bore of the MRI.

I had already secured the foam chin bar in the head coil, located dead center in the magnet tube. Now I placed, Hansel and Gretel style, a trail of hot dogs leading from the entrance of the MRI to the head coil. Without a thought, Callie continued walking down the patient table into the bore, lapping up hot dogs as she went.

My colleague Lisa, who was filming the event, gasped in excitement at the sight of a dog walking into the MRI.

I quickly circled the scanner so I could face Callie from the other end of the bore. She was crouched down in a sphinx position just short of the head coil. Her tail was swishing back and forth. I reached in with a hot dog in my hand and immediately felt the room spin.

Callie saw the hot dog and scooted forward into the head coil.

“Good girl!” I said with my highest, most excited voice.

She took the hot dog and backed up a little bit, but she didn’t leave the bore. With a steady stream of hot dogs, Callie quickly adapted to the new environment and was soon happily eating treats while nestled in the head coil. There was no indication that the magnetic field bothered her.

With Callie comfortable in the magnet, we had accomplished the first goal of the session. Since that had been relatively easy, it was time to see how she would react to an actual scan.

The scanner software was created for human subjects, so it had no way of knowing that Callie was a dog. Inputting an accurate weight of the subject was the most important piece of information because that determined how much radio power the scanner would emit.

Too much power would cook her like so much meat in a microwave.

With hot dogs, I once again coaxed Callie into the MRI. When she was comfortably settled in the head coil, I gave a thumbs-up. The scanner made a series of clicks and hums as it revved up.

Then, like the onslaught of a thousand bees, the scanner started buzzing. This was the initial preparation phase, called shimming. The scanner automatically adjusts the magnetic field to compensate for the distortion caused by whatever is placed inside. Normally, shimming takes a few seconds, but with Callie inside, the buzzing continued. Even though she was wearing earmuffs, she wanted no part of it and headed for the exit.

I waved my arms back and forth, signaling the MR tech to abort the scan.

“What was that noise?” I asked.

“Why was it going on for so long?”

“The scanner was having trouble compensating,” he explained. “Probably because it expects a human.R... 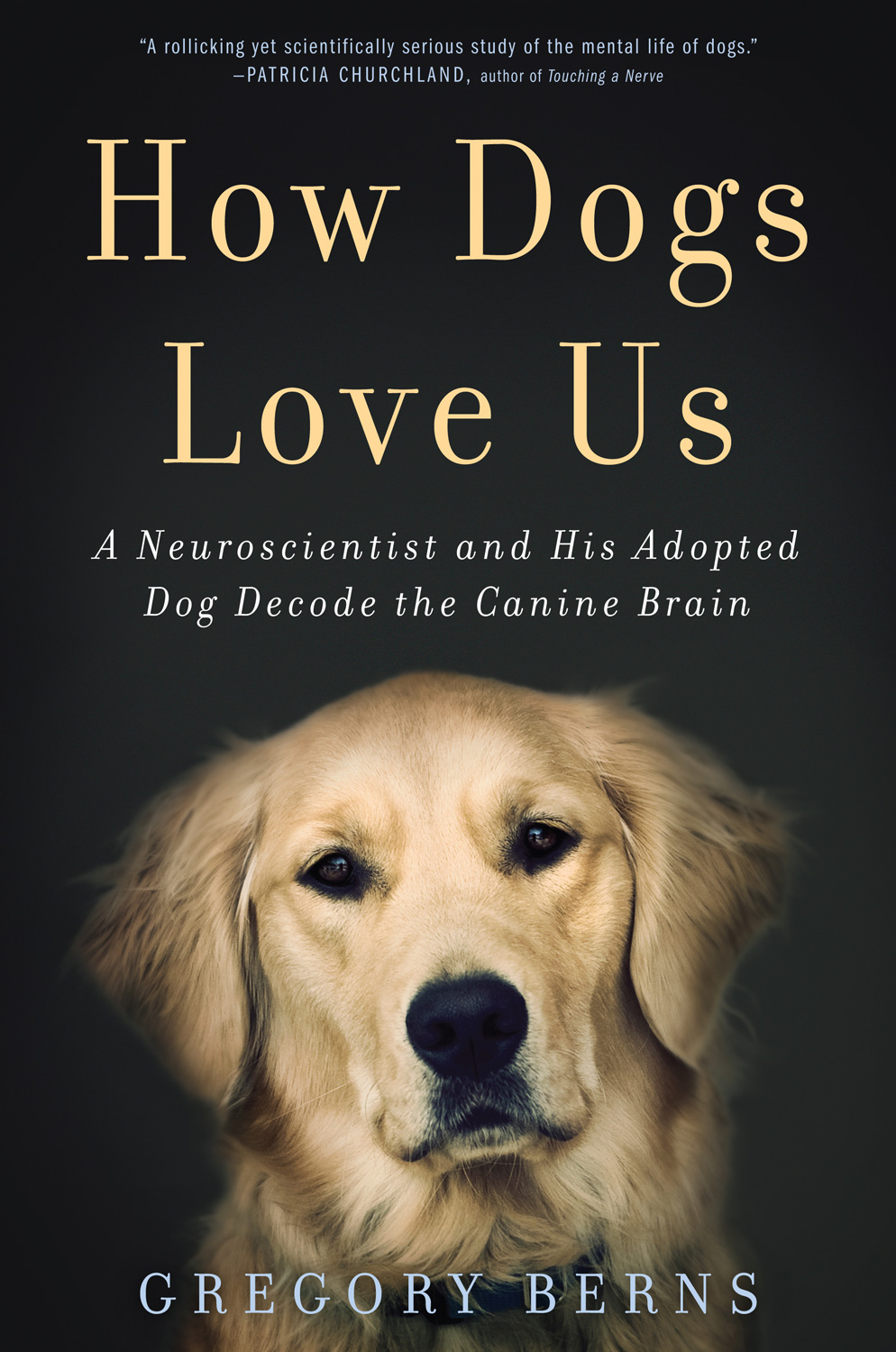