NATIONAL BOOK AWARD FINALIST. A revelatory history of the role of German women in the Holocaust, not only as plunderers and direct witnesses, but as actual killers on the eastern front during World War II.

NATIONAL BOOK AWARD FINALIST. A revelatory history of the role of German women in the Holocaust, not only as plunderers and direct witnesses, but as actual killers on the Eastern Front during World War II.

Lower, drawing on twenty years of archival research and fieldwork, presents startling evidence that these women were more than “desk murderers” or comforters of murderous German men: they went on “shopping sprees” and romantic outings to the Jewish ghettos; they were present at killing-field picnics, not only providing refreshment but also shooting Jews. And Lower uncovers the stories of SS wives with children of their own whose brutality is as chilling as any in history.

Hitler’s Furies challenges our deepest beliefs: women can be as brutal as men, and the evidence can be hidden for seventy years.

“Disquieting . . . Earlier books about the Holocaust have offered up poster girls of brutality and atrocity . . . [Lower’s] insight is to track more mundane lives, and to argue for a vastly wider complicity.” ??—?? New York Times

“An unsettling but significant contribution to our understanding of how nationalism, and specifically conceptions of loyalty, are normalized, reinforced, and regulated.” ??—?? Los Angeles Review of Books

“Compelling . . . Lower brings to the forefront an unexplored aspect of the Holocaust.” ??—?? Washington Post

About the author
Wendy Lower

WENDY LOWER is the author of the National Book Award and National Jewish Book Award finalist Hitler's Furies, which has been translated into twenty-three languages. Recently the acting director of the Mandel Center for Advanced Holocaust Studies at the U.S. Holocaust Memorial Museum, Lower is the John K. Roth Professor of History and director of the Mgrublian Center for Human Rights at Claremont McKenna College.

"Disquieting . . . Ms. Lower’s book is partly the study of a youthquake . . . Earlier books about the Holocaust have offered up poster girls of brutality and atrocity . . .[Lower’s] insight is to track more mundane lives, and to argue for a vastly wider complicity."

"Compelling. . . By focusing on the role of ordinary women — rather than the already notorious female concentration camp guards — Lower brings to the forefront an unexplored aspect of the Holocaust. . . Lower’s careful research proves that the capacity for indifferent cruelty is not reserved for men — it exists in all of us."

"A virtuosic feat of scholarship."

"Well-researched . . . As gripping and eye-opening as it is chilling."

"Often harrowing and even disturbing... [Hitler's Furies] shines a stark light on the ordinary women who accompanied the “ordinary men” of Christopher Browning’s landmark study."

"Lower sheds some much-needed light on an aspect of WWII history that has remained in the shadows for decades . . . Surprising and deeply unsettling, the book is a welcome addition to the literature on the Holocaust.”—Booklist

“Hitlers Furies will be experienced and remembered as a turning point in both women’s studies and Holocaust studies.”—Timothy Snyder, author of Bloodlands

“Hitler's Furies is the first book to follow the biographical trajectories of individual women whose youthful exuberance, loyalty to the Führer, ambition, and racism took them to the deadliest sites in German-occupied Europe. Drawing on immensely rich source material, Lower integrates women perpetrators and accomplices into the social history of the Third Reich, and illuminates them indelibly as a part of post-war East and West German memory that has been, until this book, unmined.”—Claudia Koonz, author of Mothers in the Fatherland

“Hitler’s Furies is a long overdue and superb addition to the history of the Holocaust. The role of women perpetrators during the Final Solution has been too much glossed over. Lower’s book provides an important and stunning corrective. It is a significant addition to our understanding of the role of ordinary Germans in the Reich’s genocide.”—Deborah Lipstadt, author of Eichmann on Trial

“Lower shifts away from the narrow focus on the few thousand female concentration camp guards who have been at the center of previous studies of female culpability in Nazi crimes and identifies the cluster of professions—nurses, social workers, teachers, office workers—that in addition to family connections brought nearly one-half million women to the German East and into close proximity with pervasive Nazi atrocities. Through the lives of carefully-researched individuals, she captures a spectrum of career trajectories and behavior. This is a book that artfully combines the study of gender with the illumination of individual experience.”—Christopher R. Browning, author of Ordinary Men 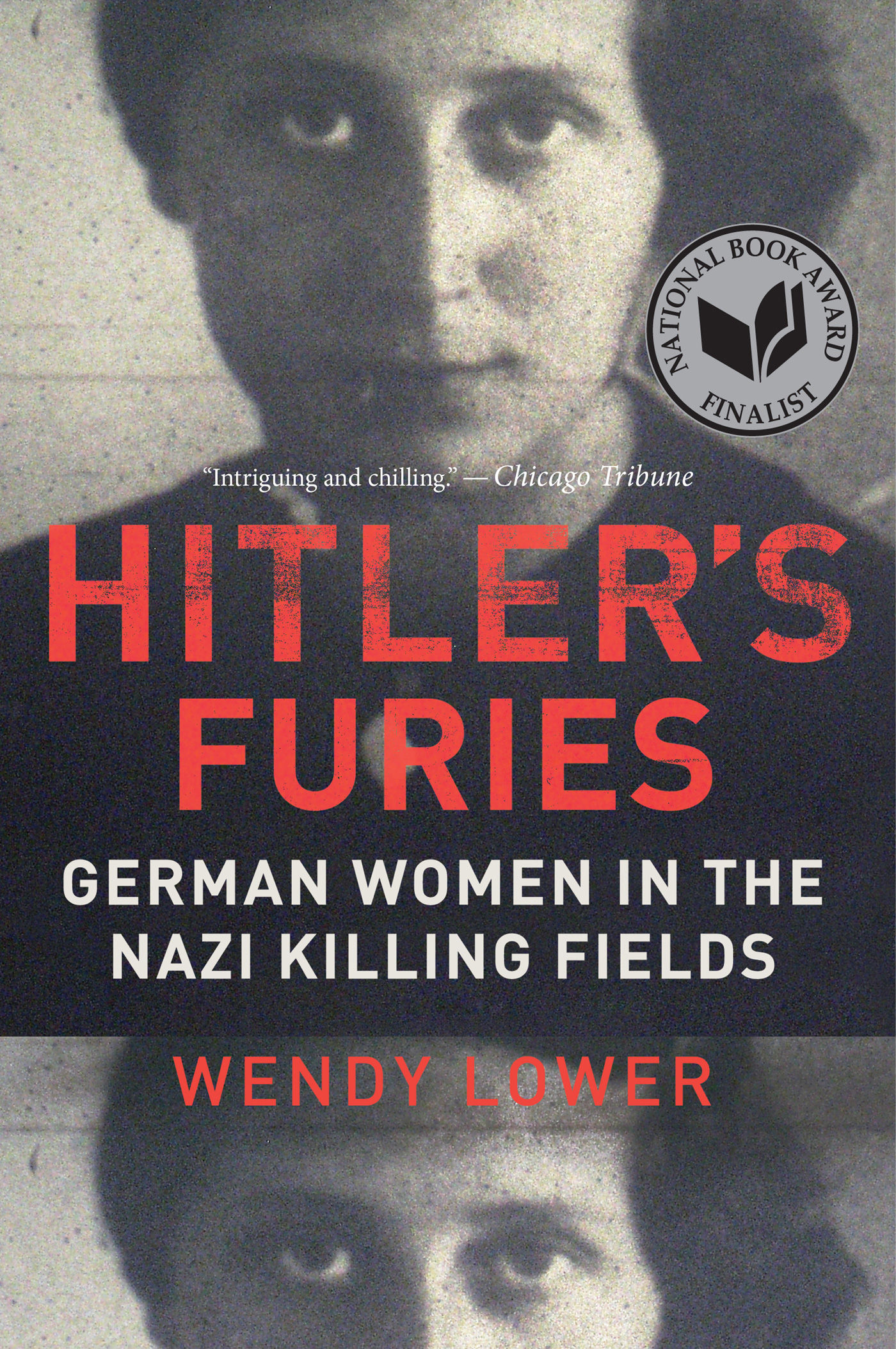