When a teen boy who excels at being unseen finds himself hiding in his ex-girlfriend’s house, he uncovers carefully concealed truths—about her, her family, and himself—in a twisty mystery with a shocking surprise.

When a teen boy who excels at being unseen finds himself hiding in his ex-girlfriend’s house, he uncovers carefully concealed truths—about her, her family, and himself—in a twisty mystery with a shocking surprise.

One night, a lovelorn teen boy “accidentally” slips into the home of his ex-girlfriend, Laura, and ends up hiding in her basement, trapped in the house by its alarm system. How long can he stay hidden? What will happen if he is found? What will he learn about Laura—and himself—in this house? And what is his true motive for being there?

Turner’s affinity for observant outsiders—and teens who share a desire to hide from nosy adults and judgmental peers—shines in a psychological thriller in which the slow burn of tension keeps readers turning pages to a sudden twist that changes everything.

About the author
Henry Turner

I’m good at hiding. I think it’s what I’m best at. If you’re going to believe anything I say, I think you have to know that.

I don’t just mean hide-and-seek, going in a closet or something. That’s just one kind of hiding.

Real hiding happens when everybody can see you, but they don’t notice you. That’s the real thing.

To do that, you have to be really aware of other people. You have to kind of get to know what sort of people they are to be sure they don’t ever look at you, or notice you.

It’s kind of hard to understand.

Of course, I find it easy to understand, because I’ve been hiding all my life.

In one way or another.

It all started when playing games as a little kid. I loved the weird sense of being totally alone behind a bush while whoever I was playing with was out there creeping around trying to find me. I loved watching them look. I felt so safe and protected, like the whole world had gone away, and I thought I never really wanted to be found.

But I no longer need a bush or a closet or a box or some obvious place—what everybody calls a hiding place. I feel I can hide anywhere, even when I’m standing right next to you.

There was a kid in my class who said the teacher always called on him when he didn’t know the answer. This was, like, the fourth grade. He was this kid who always sat in class leaning back in his chair really far like it might fall, and sometimes he scratched himself or even picked his nose like nobody else was even around, and these were of course the moments the teacher always chose to single him out.

But he didn’t think she called on him because of that stuff, or because he was sort of overweight and had a big fan of frizzy red hair and was definitely the most noticeable kid in class anyways.

She did it, he claimed, to embarrass him and show that he was stupid and just sort of blind to the world, and he thought she got a big kick out of doing it, like it was some sort of game for her.

How she treated him was pretty mean, I’ll admit that, but that wasn’t what I told him.

I said to him, “Well, there’re two ways to deal with that. Study, or learn to hide.”

We were in the cafeteria while we talked, eating lunch, and even then he was leaning back really far in his chair—I can’t remember whether he was picking his nose or not.

But I do remember he rolled his eyes and said I was a little nuts.

I couldn’t agree with that, so I went on to ask him if he knew why the teacher never called on me, whether I knew the answer or not.

So I told him.

I said I watched her. I always paid attention to her, even if I wasn’t looking straight at her. She never saw me drifted off like a sitting duck, waiting to be picked on. She never really saw me at all. I never got so comfortable that anybody would ever think I was blind to the world, but always stayed really well aware of it, and I would sit so still and watch her so calmly that she never noticed me and never thought of singling me out for anything.

I just wasn’t there.

For her, at least.

A better example is something I did three months ago—actually just a little less than three months ago; I mean the end of last May. It happened at this funeral, and it’s a perfect example of how I can sometimes walk around and never be seen by anybody.

Now, I call that hiding because I can definitely be seen if I want to. But I usually don’t want to.

The truth is, I never even meant to go to the funeral at all. I didn’t, really. I certainly wasn’t invited or anything. The thing is that I’d been walking around—it was a Sunday and this was almost three months ago, like I said, and I really never had anything much to do on Sundays anyways, especially right then after school had let out for summer.

I guess I wasn’t feeling too good at the time. My girlfriend had just broken up with me. You get the idea. So I was out just sort of wandering, telling myself I was not headed anywhere, when I found myself trudging up the hill from my house, passing this intersection at the top of it, and crossing the street into the next neighborhood, which is, like, the pretty wealthy area, where all the houses are big, and where my girlfriend—my ex-girlfriend—lives.

All I can say is that I never really consciously thought about it or meant to do it, but pretty soon I was hiding in the bushes across the street from her house.

It’s not like I expected to see her or anything, but I stayed in the bushes awhile, just thinking about her, and other stuff, too, but mainly her, and that’s when she came out of the house.

Laura didn’t look like herself. That’s her name, by the way—Laura. She looked older. Serious and somber. Like a real young woman, not a girl anymore at all.

She looked different than I’d ever seen her.

For one thing, she had on this very sheer black dress that went down to her knees. It shone really brightly against the green grass of her lawn. She didn’t usually wear such stuff. Her hair, which fell to her shoulders and is dark brown, shone too, just like the dress. She had a little shawl around her shoulders, black as well. And she had on black shoes with pretty high heels.

She looked beautiful, as usual. Except her face. Her face looked terrible. I don’t mean she wasn’t pretty anymore. She was always pretty. But she felt sad. I could tell.

More than sad. She felt terrible. I could see it.

Something awful had happened. I didn’t know what.

Her mother was there with her. She also wore black. Not Laura’s dad—he was off somewhere on business, probably; he always was.

Her brother, Jack, was there, though. Big guy. Football. Stanford, I think. He didn’t wear black. I seem to remember he didn’t wear any black at all.

They stood there a moment, close together, in front of the very green lawn in front of their house, in relief, almost, because of all the black they had on—except of course for Jack. None of them said anything. It was like they needed to take a moment, or hadn’t quite made

"A taut thriller for thinkers who enjoy adventures of the mind."—Kirkus

"This tense tale is a haunting meditation on self-acceptance and self-realization, and love found and lost."--Publishers Weekly

"Give this to thoughtful readers ready to ask some unsettling questions about their own social positions and relationships."--Bulletin for the Center of Children's Books 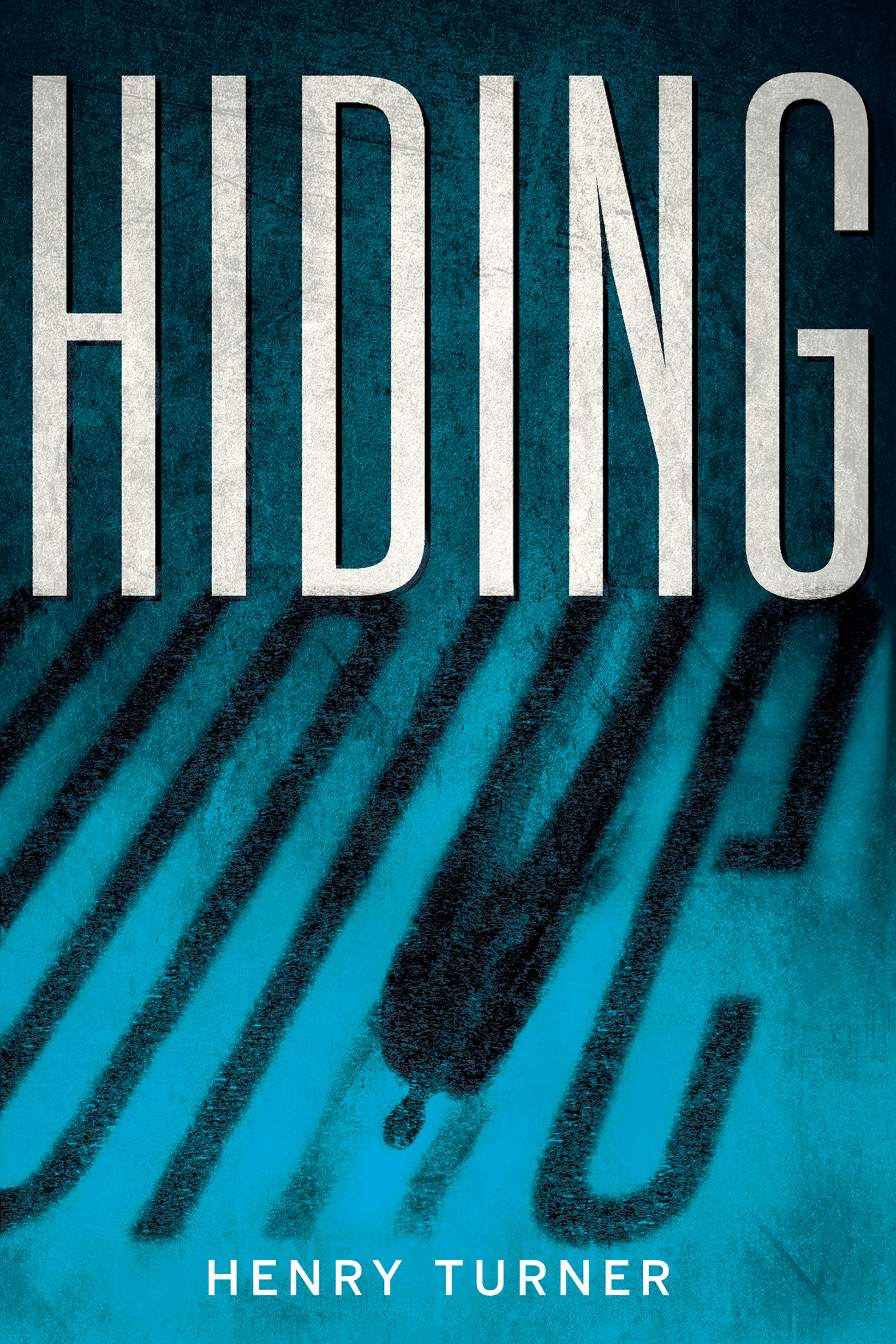