Max Kilgore has accidentally unleashed a devil—and now the big, evil oaf is living in his basement. If Max doesn't meet the devil's demands (which include providing unlimited junk food and a hot tub), everyone and everything he holds dear could go up in smoke. Beetlejuice meets Hellboy in this hilarious YA novel from the author of Croak.

There was a time when geeky, squeaky-clean Max Kilgore would never lie or steal or even think about murder.

Then he accidentally unearths a devil, and Max’s choices are no longer his own. The big red guy has a penchant for couch surfing and junk food—and you should never underestimate evil on a sugar high. With the help of Lore, a former goth girl who knows a thing or two about the dark side, Max is races against the clock to get rid of the houseguest from hell before time, and all the Flamin’ Hot Cheetos this side of the fiery abyss, run out.

Gina Damico, author of the Croak series, once again delivers all the horror, hilarity, and high-stakes drama that any kid in high school or hell could ever handle.

Max’s life of crime started poorly, with the theft of a glittery pink bobblehead in the shape of a cat.

His boss had burst out of the back room moments earlier. “Forest-green Honda Civic license BNR one seven five!” she yelled in a heavy Greek accent as she waddled out the door of the small convenience store, chest heaving and dyed-red bouffant hairdo bouncing. Stavroula Papadopoulos was neither young nor physically fit, but she hadn’t let a gas-and-dasher go without a fight for well on thirty years, and she wasn’t about to start.

Max’s gaze followed her bobbing hair to the abandoned gas pump but got hijacked by the cat, sitting in all its glory next to the cash register. He could hardly believe his luck.

In actuality, the thing was hideous—poorly made, terrible paint job, practically falling apart. Stavroula must have ordered it from one of those crappy gift store catalogs she was so fond of. Max normally would never have dreamed of taking it, no matter how much irresistible enchantment it exuded, but something strange had come over him. One minute it was sitting there on the counter, all smug and catlike and made in China, and the next it was in his hands, the glitter already beginning to coat his palms.

He wiped his hands on his stiff blue employee vest—then, realizing that this was only incriminating him further, he turned the vest inside out and put it back on. The cat he rammed into his backpack, its head nodding up and down as if to say Yessiree, I’m contraband!

Sweat started to seep through Max’s T-shirt. His hands were shaking, his stomach queasy. He told himself to knock it off, to sack up already. This was not the sort of behavior befitting a felon.

He was a hardened criminal now, and it was time to start acting like one.

Seventeen-year-old Max Kilgore suffered from the unfortunate curse of having a name that was far cooler than the person it was attached to. Max Kilgore evoked images of Bruce Willis mowing down every law enforcement officer in Los Angeles with a single machine gun, then lassoing a helicopter, stealing the Hollywood sign, and blowing up an army of cyborgs, all in the name of Vengeance.

But the real Max Kilgore was not one to break the rules. He did his homework every night. He never talked in class. He obeyed every bicycle traffic rule in the bicycle traffic rule book—which he had requested from the library and read cover to cover, lest God forbid he ever be pulled over by a police officer, a thought that made him want to vomit up a kidney or two. Trouble was something that kids with piercings and sculpted calf muscles got into, and as he had neither, he toed the line like a perpetually paranoid parolee.

As far as Max could tell, this phobia didn’t stem from any traumatic events in his childhood, which had been relatively happy. His father had exited the picture long ago, being a “rotten hippie” his mother had slept with “on a dare” and had soon after kicked out of the house owing to his “lack of deodorizing and parenting skills.” His mother had picked up the slack just fine, raising him as if single parenthood were as natural to her as breathing clean, patchouli-free air.

Of course, Max had made it easy for her, well-behaved as he was. And until his sophomore year they’d been doing okay on their own, just the two of them. Now life was a bit harder. Now, instead of paying real American dollars for a plastic animal with eyes facing in two different directions and ears that looked as if they’d been designed by someone who had never seen a cat firsthand, he had to break the law and steal it.

And not even in the name of Vengeance.

The sound of jingling bells snapped Max to attention as Stavroula returned to the store, a flood of Greek words—probably of the swearing sort—gushing out of her mouth. “Second one this week,” she spat. “I leave old country for this? Headaches and scoundrels?”

“Headaches and scoundrels” was Stavroula’s favorite phrase—Max heard her utter it three or four times over the course of each of his shifts at the Gas Bag—and with it came a pang of guilt at the thought of stealing from her. Grouchy though she may be, Stavroula had given him a job when he’d needed it most, and he knew it wasn’t easy for her to have taken over her husband’s business when he’d died a few years earlier.

But it was only a small pang. One he could live with.

“Bah!” She threw her hands up in the air, still vexed. “Tomorrow I buy shotgun.”

The fear of getting caught was interfering with Max’s ability to speak properly. “You said that last week,” he said, his voice cracking.

“What we really need is a trained velociraptor.”

She made the same face she always made at his dinosaur references, then frowned, leaning in on the counter until he could see each and every whisker above her lip. “I hate thieves.” She narrowed her eyes. “I despise thieves.”

Just when Max was sure the sweat accumulating on his forehead was about to cascade down his face in a majestic, disgusting waterfall, Stavroula pounded a fist on the counter. “Restock the meat sticks!”

Max exhaled, taking great pains not to emit a nervous honk as he did so. “The Slim Jims, you mean?”

Perhaps cheerfulness would mask the foul stench of wrongdoing. “You got it!” he chirped.

As he crouched down to retrieve the last remaining box of Slim Jims from beneath the counter—Audie was going to be so pissed—he pushed the incriminating cat farther into his backpack, and only once it was out of sight did his pulse begin to settle back into a normal rate. You’re fine, you’re fine, he chanted to himself, to the beat of his heart. You were out of the security camera’s line of sight, and she wasn’t even in her office watching anyway, and even if she was, she stopped watching those tapes once the Booze Hound retired. You’re fine.

Meanwhile, Stavroula took out her iPhone and dialed the police station. “Hello, Rhonda? Yes, we get another one. No, I no break windshield this time—”

She rattled off the numbers of the license plate all the way back to her office and slammed the door shut. Relieved, Max ran a hand over his drenched forehead and into his ridiculous hair, which was black and short except for the front, which stuck out over his forehead like an awning at a ...

"The snarky Burg, Max's tendency to catch things one step too late but with wry humor, and the absurd piling on of events all work to make a quite amusing, if very dark, novel." 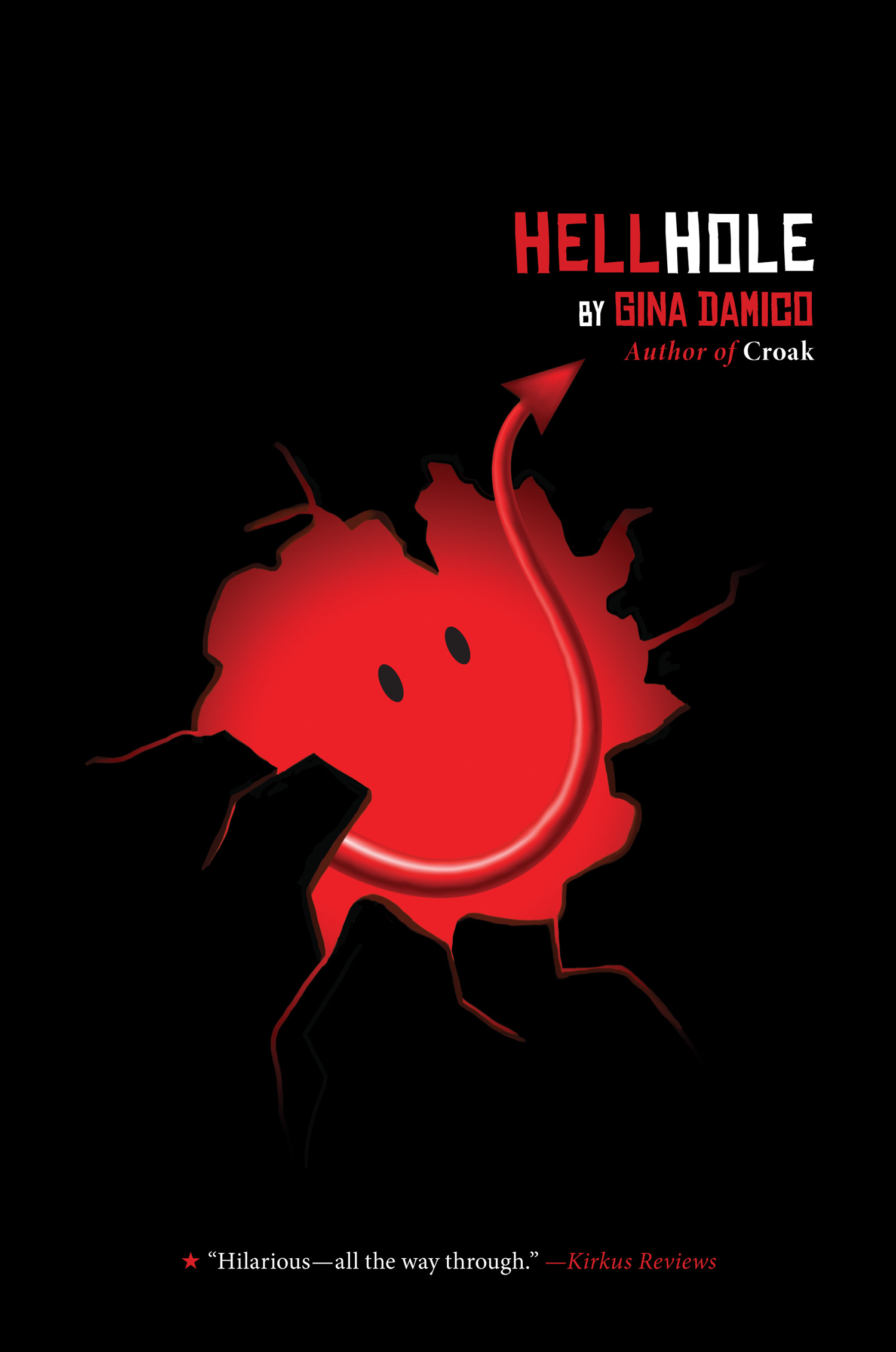