Heart of the Storm

The end of the world was just the beginning in the explosive conclusion to the epic Undertow trilogy from New York Times bestselling author Michael Buckley.

After seven months as a captive of Minerva, the insane Alpha queen, Lyric Walker has escaped to the surface. Her only goal is to warn the world about the Great Abyss. When she finally arrives back in Coney Island, she discovers a world she never expected, one where humans and Alpha are finally working hand in hand to rebuild the country. But she soon learns that an old enemy allied with an old friend may kill them all before the monsters get their turn.

Where will Lyric’s loyalties, and her heart, lead her? With nail-biting action and romance, Michael Buckley’s epic trilogy draws to a stunning conclusion.

About the author
Michael Buckley

Michael Buckley is the author of the New York Times bestselling series Sisters Grimm and NERDS. Before starting to write children’s books, he worked as a stand-up comic, television writer, advertising copywriter, and a singer in a punk rock band. He lives in Brooklyn, New York. Visit his website at www.michaelbuckleywrites.com.

“Undertow overflows with innovative, terrifying monsters — human, emotional and undersea. Landmark Coney Island becomes a dystopian state where two different species battle for dominance, and Lyric Walker is both a unique, quirky heroine and a fearless crusader. Allegorical and romantic, the book nevertheless reads like an action movie with especially awesome CGI.”

— E. Lockhart, author of We Were Liars and The Disreputable History of Frankie Landau-Banks

“Undertow crashes over you in waves of emotion, allowing glimpses of family and loyalty, before dragging you into the depths of human prejudice, cultural mistrust, and political corruption. Once you resurface, you'll view the world through different eyes.”

“Undertow will unexpectedly grab hold and pull you out into a world of epic romance and gritty suspense. A must-read tale of how love can survive under the most dangerous circumstances. It will leave you gasping for air, and for more.”

—Tonya Hurley, NYT bestselling author of the ghostgirl series and The Blessed Trilogy

“A gritty, turbulent novel as sweeping and deep as the ocean itself. UNDERTOW will pull you in and hold you down.”

—Rebecca Serle, author of When You Were Mine, and The Edge of Falling

“Lyric is a girl’s girl—as savvy as she is soulful, as sharp as she is tender. Lyric’s fierce, distinctive voice is the core magnetic force of UNDERTOW, and why we will all be stampeding for more.”

—Adele Griffin, author of All You Never Wanted and The Unfinished Life of Addison Stone

* "Sharp political commentary and strong parallels to the treatment of minorities in the U.S. ground the world in reality, while the well-rounded and ethnically diverse supporting cast will cause readers to root for them...the breathtaking action and cliff-hanger conclusion will leave teens desperate for more."

"There are some nice parallels to the civil rights movement and school integration in this novel, but the real attraction for most readers will be the romance and action, both of which are in high supply...should please readers looking supernatural romance with a bit of a twist."

"Civilization’s end is fast and furious in Michael Buckley’s Undertow. Cut your nails before reading or you will find yourself biting them off."

"Readers will find themselves immersed in this semi-edgy, race-against-the-clock world that's waiting to implode."

"Buckley packs this propulsive novel with one walloping scene after another, and there's enough action, romance, and high-stakes drama to keep a wide array of readers interested."

"Buckley draws clear parallels between the vicious anti-Alpha attitudes and existing racial and ethnic prejudices...A fascinating, engaging, and tense tale, and a strong start to the series." 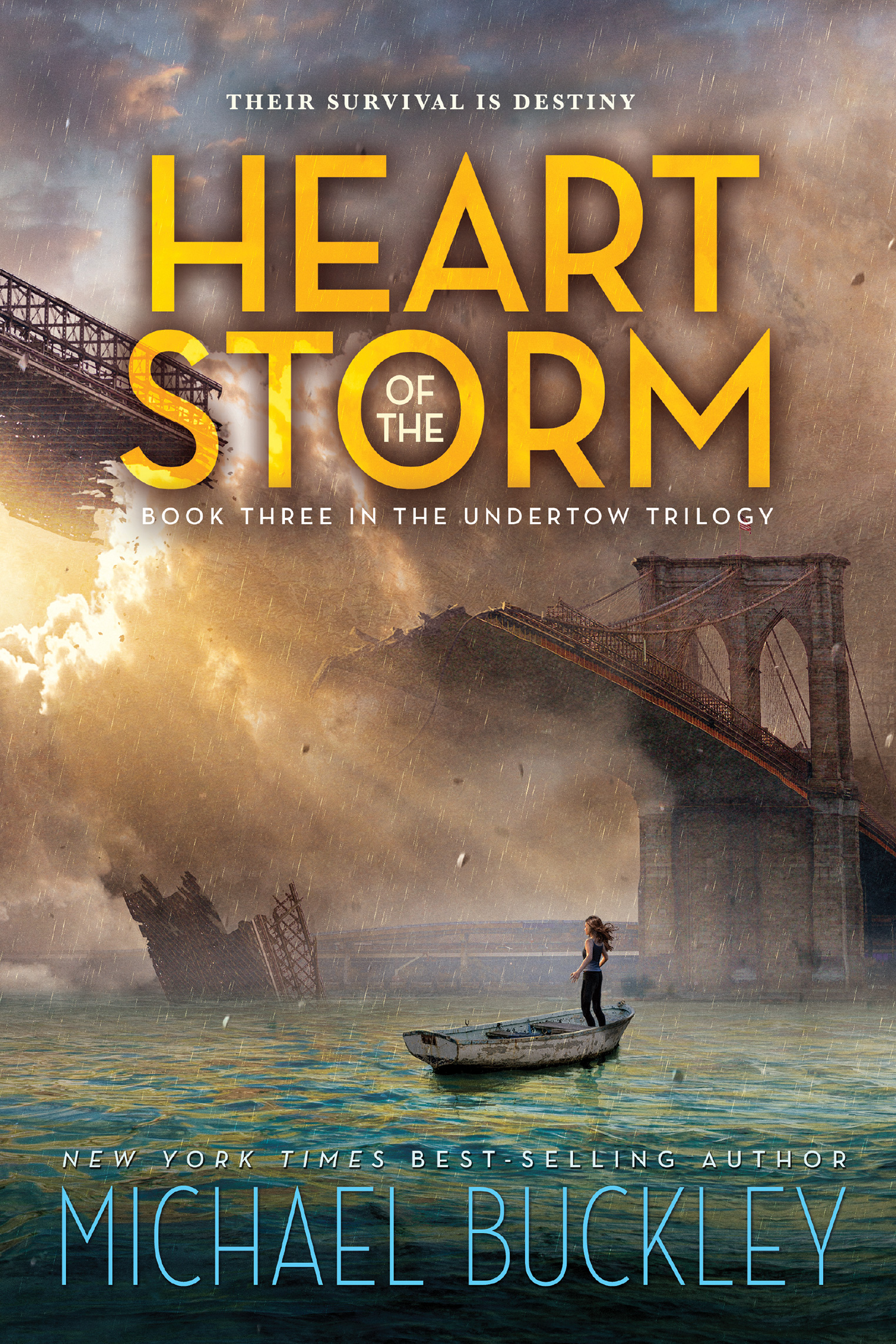