Heart of the Storm

The end of the world was just the beginning in the explosive conclusion to the epic Undertow trilogy from New York Times bestselling author Michael Buckley.

After seven months as a captive of Minerva, the insane Alpha queen, Lyric Walker has escaped to the surface. Her only goal is to warn the world about the Great Abyss. When she finally arrives back in Coney Island, she discovers a world she never expected, one where humans and Alpha are finally working hand in hand to rebuild the country. But she soon discovers that an old enemy allied with an old friend may kill them all before the monsters get their turn.

Where will Lyric’s loyalties, and her heart, lead her? With nail-biting action and romance, Michael Buckley’s epic trilogy draws to a stunning conclusion.

About the author
Michael Buckley

Michael Buckley is the author of the New York Times bestselling series Sisters Grimm and NERDS. Before starting to write children’s books, he worked as a stand-up comic, television writer, advertising copywriter, and a singer in a punk rock band. He lives in Brooklyn, New York. Visit his website at www.michaelbuckleywrites.com.

I can’t make out faces at first. All my time in the dark has made me super sensitive to light, but I’m not worried. My other senses are heightened and helping out. I’ve learned to depend on the others—?smell and sound, the taste of things, the sensations on my fingertips. They’ve helped me survive and will tell me a lot about the men who have come to rescue me.

From their breathing I count four of them, each wearing pants made from some slick and plastic material that crinkles when they walk. Their footfalls help me guess their height and weight. Each is over six feet tall. Three of them are hovering around two hundred pounds but the fourth is closer to two fifty. They all reek of fish and hard work. They must be fishermen. When they talk, they speak Spanish, a language I barely understand, but their voices give me a sense of their ages. One is an old man, and there are three younger ones. I’m on their ship. Every time the water slaps its side I hear a hollow pound.

“Te tengo,” one of the men says as he hoists me out of the water. He has strong arms. He sets me down next to him and when I put my arm on his shoulder I feel a heavy wool sweater. I wish I had a sweater. The wind is nasty and bitingly cold. My jumpsuit is so torn and mangled it no longer insulates much, so the weather pokes at every part.

“Mira su espalda!” one of the men cries. His fear drifts into my nose. He’s terrified of me. Perhaps he sees the scales. I reach for my jaw and feel my gills vanishing under my skin.

Demonio is a word I know all too well from Shadow’s mother. She was a very religious person, and whenever anything bad happened, she blamed the demonio—?i.e., the devil. The man backs away from me, reaching for something long and dark mounted on the wall.

“No se engañen, ella es una sirena,” the old one says. My eyes are starting to adjust. I can make out his bushy gray beard.

“Where did you come from?”

“I thought they had tails.”

“There are all kinds,” the old man explains impatiently. “Back up. You’re crowding her.”

“No! We have to throw her over the side! More will come,” the smallest of the group cries. His hands lock on my arms. He’s pushing me toward the railing.

Bam! My palm crashes into his jaw. It’s a crushing shot, considering I still can’t fully see him. My second punch connects as well, and knocks the wind out of him. The oxygen flies out like a rocket launching into space. While he recovers, my foot crashes into his partner’s kidney. He backs away, groaning and in pain.

“Girl, you must calm yourself,” the old man shouts.

There’s a long moment where only the wind is begging us to relax.

“This is my boat,” the old man yells at the others. “She needs help, and we’re going to help her. If you have a problem with that, you can start swimming for shore now.”

I don’t hear any complaints.

“I need a ride,” I finally rasp. My voice is weak and cracking from lack of use. It sounds unfamiliar on the surface.

“First you tell me the truth. Are there more of you out there?” the old man demands.

“What’s your name?” One of the younger ones demands. He’s tall, handsome, a youthful version of the old man. With my sight fully returned, I can see the others have the same features. They must be his sons. I haven’t seen a human face in so long. I’d reach out and caress their cheeks if I hadn’t just punched them.

He studies me closely, rubbing the three- or four-day scruff on his face. I’m a square peg, and all he has in front of him are round holes.

“Lyric Walker is dead,” he says.

A bitter blossom opens wide in my belly. The world has given me up for dead? If four fishermen in the middle of nowhere think I was killed, then everyone must think the same thing. My mom and dad must be heartbroken. Bex, the Alpha kids—?I’ve caused so much pain. Is that why Fathom didn’t come for me? No, that’s letting him off easy. He should have come.

“Can you take me to shore?”

“There’s a nasty storm coming our way,” the old man says as he gestures toward the horizon. Rain pours out of a hole in the clouds and batters a little rock of an island you wouldn’t see if you didn’t know it was there. Hot lightning slashes the sky, leaving glowing purple scars. “We’ll take you, but no more rough stuff.”

I throw up my hands in surrender.

“Pop! Are you sure?” The tallest of the three boys is not happy.

“It’s my boat,” his father roars, again. “Did I raise the three of you to leave a girl stranded out here in the middle of the Atlantic? You wait until your grandmother hears how selfish you have become. She’ll disown the whole bunch.”

The old man waves his sons off with his huge, meaty hands. “You let me do the thinking around here. Keep packing the fish in ice. That’s three hundred thousand dollars’ worth of mackerel spoiling in the sun.”

There are no more complaints from his boys, and the old man seems satisfied. He turns, tilts his head toward a flight of stairs that lead down into the belly of the boat, and then points himself in that direction. His three sons get back to work, turning on a huge machine bolted to the deck. It whines and shakes, crushing ice into tiny cubes. The brothers use hooks to drag monstrous white fish into the hull, and the ice spills down on top.

The youngest son gives me some sideways shade, then puts his eyes back on his job.

The captain helps me manage the steps. We descend into a tight and narrow hallway. The ceiling is too lo... 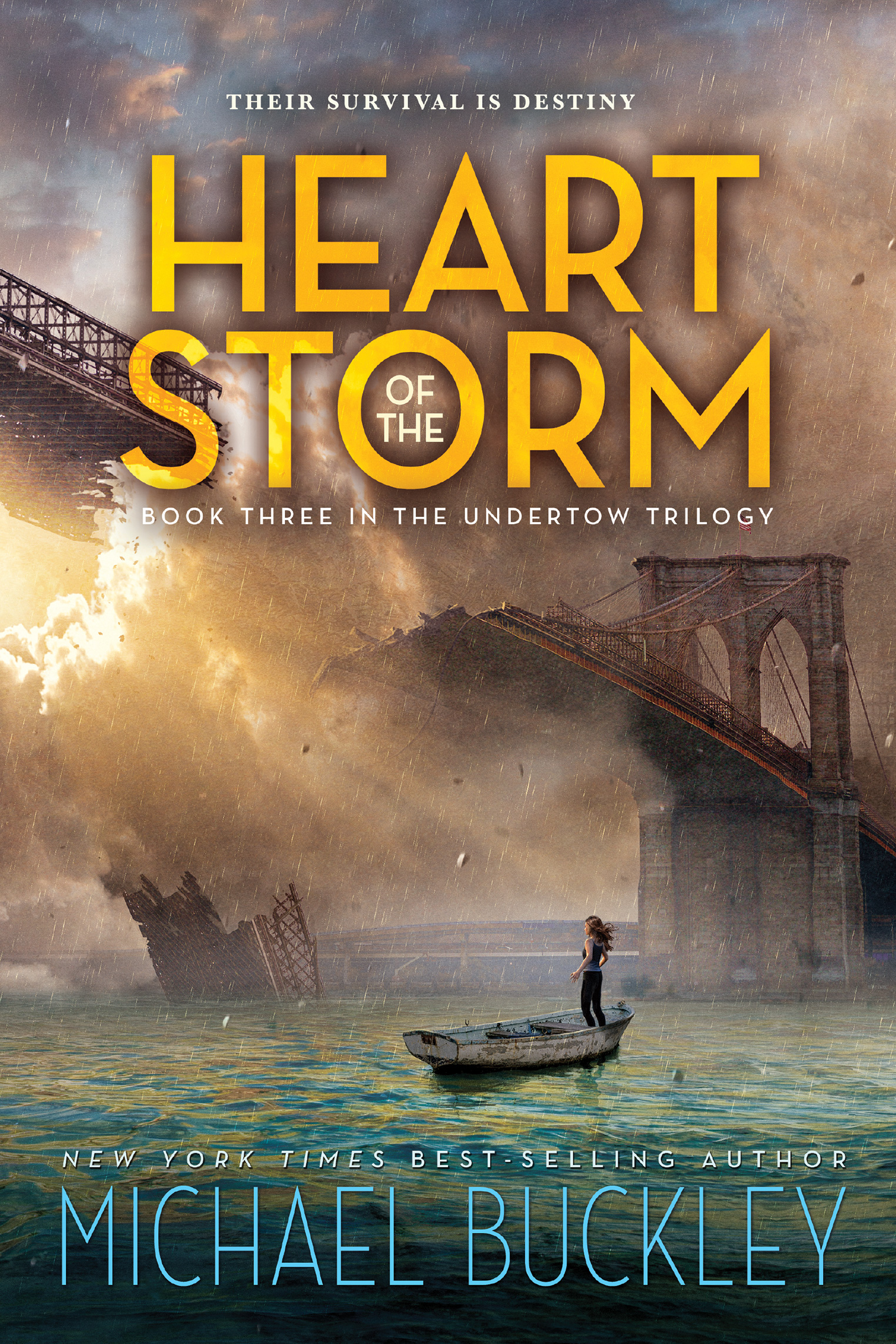