Gooney Bird and All Her Charms

Gooney Bird Greene’s uncle, Dr. Oglethorpe, has lent her second-grade classroom a real skeleton to help them study the human body. But when the skeleton goes missing, Gooney Bird must play the role of detective and lead her class in investigating the mystery at hand. Gooney is as funny, enthusiastic, and charming as ever in this sixth installment of the acclaimed series by two time Newbery Medalist Lois Lowry.

“It’s March!” Mrs. Pidgeon said as she wrote the day’s date on the chalkboard. “In like a lion, out like a lamb!”

The morning bell has rung at Watertower Elementary School, and it’s time for Mrs. Pidgeon’s class to turn to page 52 in their science books to learn about one of the most spectacular scientific subjects of all—the human body! As usual, Gooney Bird has a special plan to make learning more fun. But what on earth is in that scary-looking box that her uncle, Dr. Oglethorpe, has brought to the second grade? And what does it have to do with the charms on Gooney’s jingling silver bracelet? It looks as if another special story is in the works!

Middy Thomas is a native Mainer. She loves all forms of art and works in all mediums, from painting to printing to sculpture. Ms. Thomas also teaches two art classes a week in her studio.

“It’s March!” Mrs. Pidgeon said as she wrote the day’s date on the chalkboard. “In like a lion, out like a lamb!”

She turned around and asked her second grade class, “Anyone know what that means?” The children all looked puzzled. Then Nicholas’s hand shot up.

“Ah, it means that, well, lions come in from the desert, and then—”

“No,” Barry said in his professor’s voice, “lions live on the Serengeti Plain.”

“Whatever,” Chelsea said. “Tigers live in the jungle! Isn’t that right, Mrs. Pidgeon?”

“And what about those lambs?” Tyrone added. “Lions would just eat lambs. They’d have a big lamb stew for dinner!”

“So would tigers!” said Chelsea. “They’d pig out on lamb!”

“No, they’d lamb out! Munch munch munch.” Tyrone moved his mouth ferociously. “Then they’d just spit the bones on the ground.”

Keiko gasped and covered her ears. “Oh,” she murmured, “please don’t talk about that!” “We won’t, Keiko,” Mrs. Pidgeon said. She went to Keiko’s desk and gently took her hands away from her ears.

“Actually, class, I was quoting a saying that has to do with the weather.” She went back to the board and pointed to the date. “It’s March first today, and it’s very cold outside. It’s often cold at the beginning of March. Sometimes even snowy or icy. So the saying means that the beginning of March can be very fierce, like a . . . what?”

Felicia Ann timidly raised her hand. Mrs. Pidgeon nodded toward her. “Lion,” she said in her soft voice. “It means that the beginning of March is very fierce, like a lion. But the end of March is like a lamb. Gentle.”

Mrs. Pidgeon put her hand firmly on his shoulder. “Enough for now, Malcolm. We’ll do some singing later today.”

Malcolm stopped singing and slouched in his seat with a scowl.

“EVERYONE!” Gooney Bird said loudly. “I have an announcement.” The students all fell silent. They looked at her. Every day there was something unusual about Gooney Bird. Sometimes it was quite startling, like the day she had worn a feathered hat and elbow-length black gloves to class; sometimes it was something very small, like the rhinestone earrings that she had described as “tiny, but tasteful.”

Today Gooney Bird’s clothes were fairly ordinary, at least for Gooney Bird. She was wearing black leggings under plaid Bermuda shorts, and a sweatshirt that said humpty dumpty was pushed across her chest. On one wrist she wore a silver bracelet jingling with charms. The children all loved Gooney Bird’s charm bracelet, which she had bought at a yard sale. (“Fifty cents!” she had told them. “And it’s real silver!”) From the bracelet dangled a tiny pair of sneakers, a little rocking chair, a basketball, a pair of spectacles, a miniature Volkswagen, a lobster, a wineglass, a pipe, a book, a slice of silver pizza, and—surprisingly—a skull.

But none of the children quite knew how to work the skull into a story. The skull was spooky. Felicia Ann had suggested that Gooney Bird detach the skull from her bracelet but Gooney Bird thought that was not a good idea. “Someone created this bracelet,” she said, “and each thing had a special meaning to that person. It wouldn’t be fair to take anything away. We’ll figure out what the skull means. It will just take time.”

She always removed the bracelet and kept it inside her desk during the school day because the jingling of the charms made it hard for the children to pay attention to their work. But today the day was just starting and Gooney Bird was still jingling.

“Does your announcement have to do with what we are talking about, Gooney Bird?” asked Mrs. Pidgeon.

All of the second-graders joined in. “Human body! Human body!” they called.

Mrs. Pidgeon laughed. “I don’t think you need to make an announcement, Gooney Bird,” she said. “Everyone remembers what’s on our schedule. So we’ll turn to that section in our science books right now. Page fifty-two, class.”

All of the children began to turn the pages to the section that was called “The Human Body.” They had already completed the sections called “Weather” and “Insects” and “Engines.”

“But, Mrs. Pidgeon, I think I’d better make my announcement right away. Otherwise you won’t be prepared and it might come as a terrible surprise.”

“What might come as a terrible surprise, Gooney Bird?” Mrs. Pidgeon asked. She had gone to the side of the room and was pulling down a large chart that had been rolled up like a window shade. The children, watching, could see two feet appear at the bottom of the chart, then the legs, until gradually the whole outlined body was there. At its top was the smiling face of a child.

“Yikes! I wouldn’t be smiling if my whole insides were showing!” Beanie said.

“What’s that big yucky blobby thing?” Malcolm asked, making a face. He pointed to the middle section of the child’s body.

“I think maybe he ate an enormous mushroom,” Keiko murmured. “At my parents’ grocery store we sometimes have mushrooms that look like that.”

“No, he ate a giant burger,” Barry suggested. “A Triple Whopper,” Tyrone said.

“But if you ate a mushroom or a burger, it would be all chewed up. It wouldn’t be a huge blobby lump like that,” Nicholas pointed o... 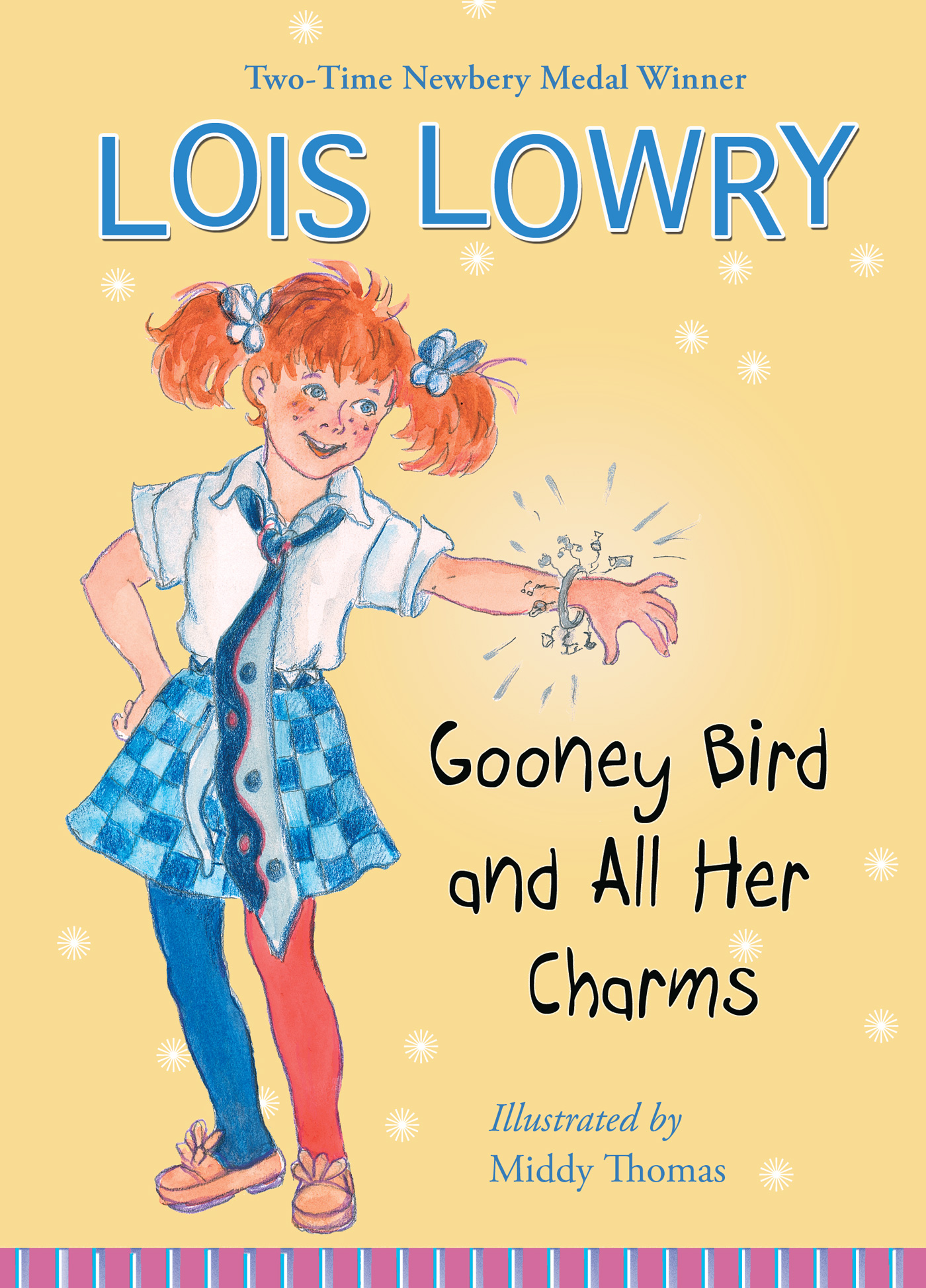