Gingerbread for Liberty!: How a German Baker Helped Win the American Revolution

A stirring picture book biography about a forgotten hero of the American Revolution who rose to the occasion and served his country, not with muskets or canons, but with gingerbread!

Christopher Ludwick was a German-born American patriot with a big heart and a talent for baking. When cries of “Revolution!” began, Christopher was determined to help General George Washington and his hungry troops. Not with muskets or cannons, but with gingerbread!

Cheerfully told by Mara Rockliff and brought to life by Vincent Kirsch’s inventive cut-paper illustrations, Gingerbread for Liberty is the story of an unsung hero of the Revolutionary War who changed the course of history one loaf at a time.

About the author
Mara Rockliff

Mara Rockliff enjoys writing books for kids and baking gingerbread and other treats. She lives in Berks County, Pennsylvania with her family. To learn more about Rockliff and her books, visit mararockliff.com

Vincent X. Kirsch is the author and illustrator who has worked with publishers such has Farrar, Straus, & Giroux, and Bloomsbury USA, where artwork for his first book Natalie and Naughtily was accepted into the 2008 Original Art Show at the Society of Illustrators in New York. He now lives in Los Angeles, California. Noah Webster and His Words is his first book with Houghton Mifflin.Visit his website at vincentxkirsch.com.

"This appealing concoction is a powerful reminder of the good one person can do."

* "A sweet addition to Revolutionary War units where a more behind-the-scenes look is desired and a nonfiction twist on gingerbread-themed storytimes."

* "Rockliff’s story celebrates an unheralded historical figure, reinforces the value of creatively employing one’s skills, and reminds readers that heroes can be found in surprising places."

* "Kirsch's cookie-cutter images of a battalion approaching by sea, hired by England's king, lessen the threat and sweeten the humor...[while] Rockliff uses recurring refrains for maximum impact...Readers will be back for seconds." 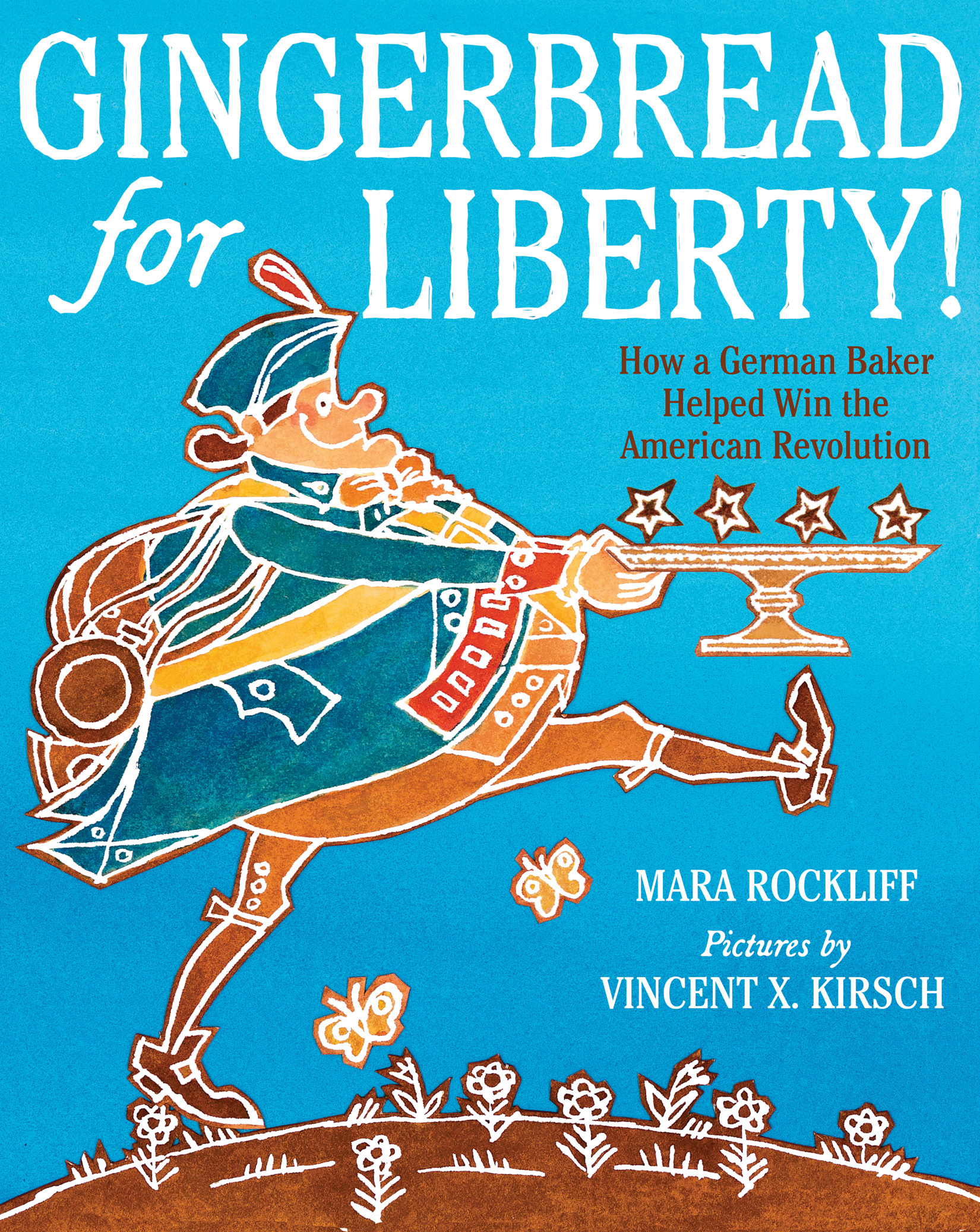