From NPR correspondent Keith O’ Brien comes this thrilling Young Readers' edition of the untold story about pioneering women, including Amelia Earhart, who fought to compete against men in the high-stakes national air races of the 1920s and 1930s—and won.

About the book
From NPR correspondent Keith O’ Brien comes this thrilling Young Readers' edition of the untold story about pioneering women, including Amelia Earhart, who fought to compete against men in the high-stakes national air races of the 1920s and 1930s—and won.

In the years between World War I and World War II, airplane racing was one of the most popular sports in America. Thousands of fans flocked to multiday events, and the pilots who competed in these races were hailed as heroes. Well, the male pilots were hailed. Women who flew planes were often ridiculed by the press, and initially they weren’t invited to race. Yet a group of women were determined to take to the sky—no matter what. With guts and grit, they overcame incredible odds both on the ground and in the air to pursue their dreams of flying and racing planes.

Fly Girls follows the stories of five remarkable women: Florence Klingensmith, a high-school dropout from North Dakota; Ruth Elder, an Alabama housewife; Amelia Earhart, the most famous, but not necessarily the most skilled; Ruth Nichols, a daughter of Wall Street wealth who longed to live a life of her own; and Louise Thaden, who got her start selling coal in Wichita. Together, they fought for the chance to race against the men—and in 1936 one of them would triumph in the toughest race of all.

About the author
Keith O'Brien

Keith O'Brien is journalist who has written for the New York Times and Politico and he's a longtime contributor to National Public Radio. His work has appeared on shows such as All Things Considered, Morning Edition, and This American Life. He is a former staff writer for the Boston Globe and the author of Outside Shot: Big Dreams, Hard Times, and One County's Quest for Basketball Greatness. He lives in New Hampshire.

The Miracle of Wichita

The coal salesmen on the Arkansas River took note of Louise McPhetridge from the moment she appeared in the window by the door. It was hard not to notice her. McPhetridge was young and slender, with a tangle of brown hair and surprising height for a woman at the time. At five foot eight, McPhetridge was usually the tallest woman in the room and sometimes taller than the men she passed on the streets of Wichita, Kansas.

But it wasn’t just how she looked that made her remarkable; it was the way she talked. McPhetridge had attended college, and she spoke with perfect grammar. Perhaps more notable, she had a warm Southern accent, a hint that she wasn’t from around Wichita. She was born in Arkansas and different from most women in at least one other way: McPhetridge was boyish. That’s how her mother put it. Her daughter, she told others, “was a follower of boyish pursuits.”

Louise’s parents, Roy and Edna, could doll their daughter up in white dresses as much as they wanted when she was a child. Louise would always find a way to change into overalls and get dirty. She rounded up stray dogs. She worked on her father’s car engine, and sometimes she joined him on his long car trips selling healing ointments, a job that had finally landed the McPhetridges in Wichita in the summer of 1925. At nineteen years old, Louise found herself living near the coal company close to the Arkansas River.

It was a hard time to be a woman looking for work, with men doing almost all the hiring. “Write, stating age, height, weight and where last employed,” employers told women looking for a job. They often wanted the most attractive employee, not the most skilled. But the man who owned the coal company had different standards. Jack Turner was an immigrant from England, who had come to America with just seven dollars in his pocket and then turned it into a small fortune. He argued as early as 1922 that workers should be paid what they were worth, no matter their gender. And he predicted a future where men and women would be paid equally, based on skill. But he was known, most of all, for coal. “Everything in Coal,” his advertisements said. “Coal Is Scarce. Fill Your Coal Bin Now.”

He hired Louise McPhetridge not long after she arrived in town. And for a while, McPhetridge stayed focused on her job, selling coal. But by the following summer, her mind was wandering, following Turner out the door, down the street, and into a brick building just half a block away. The sign outside was impossible to miss. TRAVEL AIR, it said. AERIAL TRANSPORTATION TO ALL POINTS. It was a small place, but to Louise, the name, Travel Air, was almost magical, and the man working inside was the most unusual sort.

He was a pilot. And his name was Walter Beech.

Beech was thirty-five that summer and a long way from his native Tennessee. But he felt at home in Kansas. “I want to stay in Wichita,” he told people, “if Wichita wants me to stay.”

The reason was professional. In town, there were two airplane factories, and Beech was the kind of person they needed to hire. He had learned to fly and repair airplanes with the U.S. Army in Texas. And thanks to this experience, Beech had become the general manager at the company Travel Air. The small outfit was just getting started building airplanes in Wichita, and Beech’s job was to sell them. He was to sell them by winning races, especially the 1926 Ford Reliability Tour, a twenty-six-hundred-mile race across the Midwest. The race would begin and end in Detroit, with stops to refuel in thirteen cities along the way. The winner would be famous. All of Wichita would be watching. And the aviation industry hoped it would prove that planes were a reliable mode of transportation.

“Don’t save this motor,” the engine man told Beech at the starting line in Detroit that August, urging him to fly as fast as possible. “Let’s win the race.”

Beech pushed the throttle of the Travel Air plane as far as it would go. He was first into Kalamazoo, first into Chicago. With the help of a navigator named Brice “Goldy” Goldsborough flying along with him, Beech flew into the fog around St. Paul—and won yet again. Then he prevailed in Des Moines and Lincoln and, finally, most important, Wichita, the midway point in the race. This time, he beat the other fliers by almost seven minutes despite engine trouble.

“It’s certainly good to be back home again,” Beech told the crowd of five thousand people after stepping out of the cockpit. “The old town looks good to me, and wonderfully restful after the strain of hard, fast flying.”

A beauty queen, Miss Wichita, presented him with a golden key to the city. And six days later, back in Detroit, in front of another large crowd, race officials gave Beech a trophy and a check for twenty-five hundred dollars—first place. He and the other pilots had covered a total of 61,000 miles, flying on despite eight accidents and one death, when a plane hit a man on the ground. But if the point of the Ford tour was to prove that an airplane was reliable, Travel Air, with Beech at the controls, had succeeded. At the very least, it had proven this: Beech knew what he was doing.

“Let us consider,” he said, “that not every hometown boy is a fool. Let us consider listening to their arguments of what they can do. Pick out a miracle that is possible for them to accomplish.”

Back in Wichita that summer, McPhetridge tried to do her job, selling coal for Jack Turner. But she was distracted by the news about the races and the planes. She just had to see them for herself. Day after day, she went to the Travel Air hangar, where the planes were stored, in the tall grass east of town. She stuck out amid the grease-stained mechanics and pilots working on the planes, but she felt at home among them. She wasn’t a pilot flying a plane. But as a girl back in Bentonville, Arkansas, McPhetridge had longed to pull off miracles of her own.

McPhetridge once jumped from the second story of a barn just to see what it felt like. She drove her father’s car long before she was old enough to have a driver’s license, and she sometimes did things just because others said they couldn’t be done. It was the sort of behavior that got her into trouble at times.

Now, at the airfield in Wichita, McPhetridge was flirting with trouble again. It was only a matter of time before her boss, Jack Turner, caught her there when she should have been selling coal. McPhetridge thought she was going to get fired. Instead, she got a phone call from Walter Beech.

He and Turner wanted to offer her a different job. They wanted her to work for Travel Air’s new West Coast salesman, D. C. Warren.

“Warren has agreed to take you out to San Francisco,” Beech told McPhetridge at their meeting. “Your salary won’t be high, but he will teach you this aviation business and see that you learn how to fly.”

McPhetridge was stunned. Her parents were too. They knew their daughter was different. Her mother had even accept... 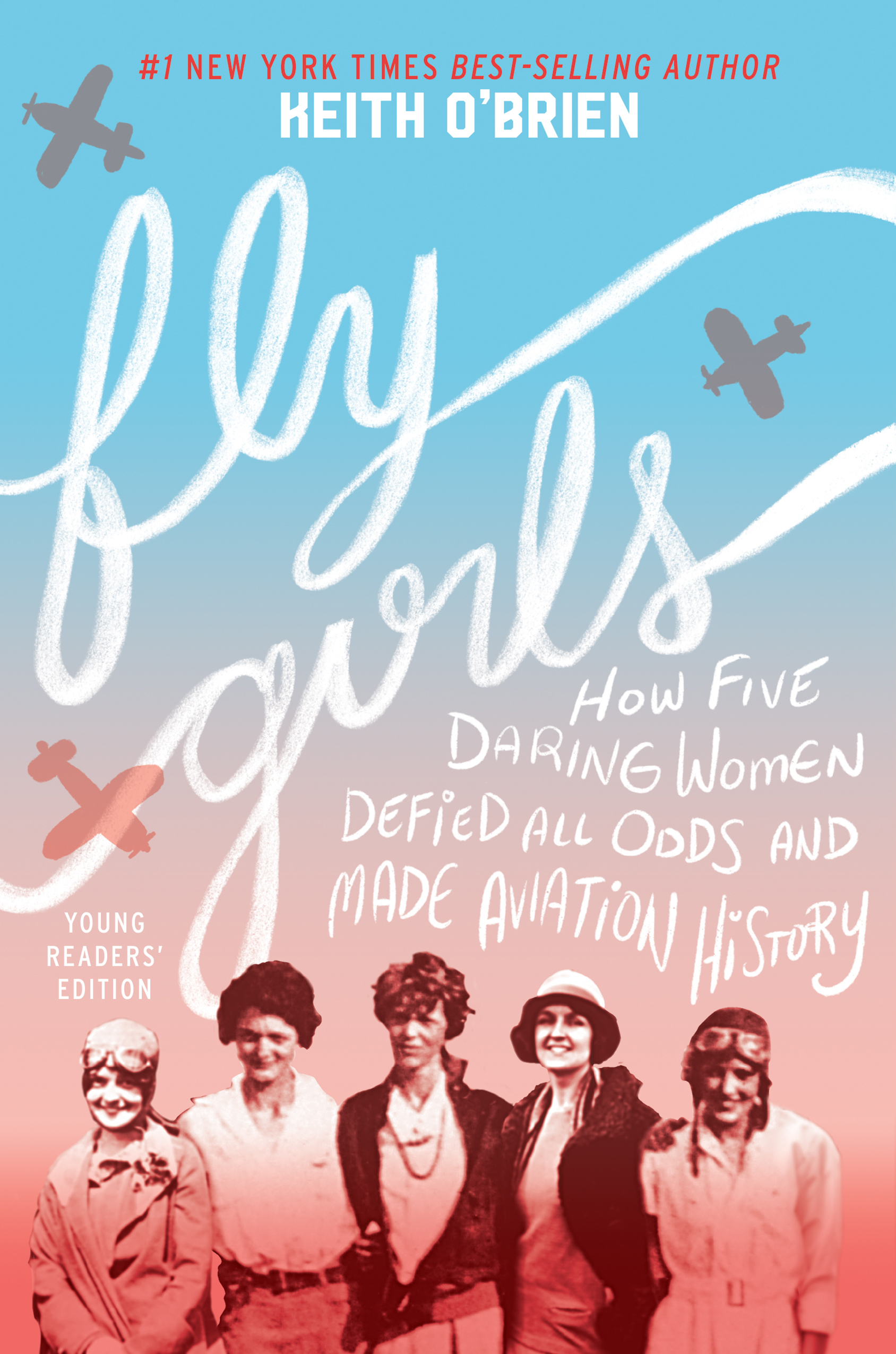