Finishing Becca: A Story about Peggy Shippen and Benedict Arnold

A fourteen-year-old maid witnesses the events that lead to General Benedict Arnold's betrayal of the American forces during the Revolutionary War.

An independent-minded young maid tells the story of social-climber Peggy Shippen and how she influenced Benedict Arnold’s betrayal of the Patriot forces. Revolutionary Philadelphia is brought to life as Becca seeks to find her “missing pieces” while exploring the complicated issues of the war between the impoverished independence men and the decadent British Tories. “This tale of treachery comes alive under [Rinaldi’s] pen.”--Kirkus Reviews

"This tale of treachery comes alive under [Rinaldi's] pen."--Kirkus Reviews 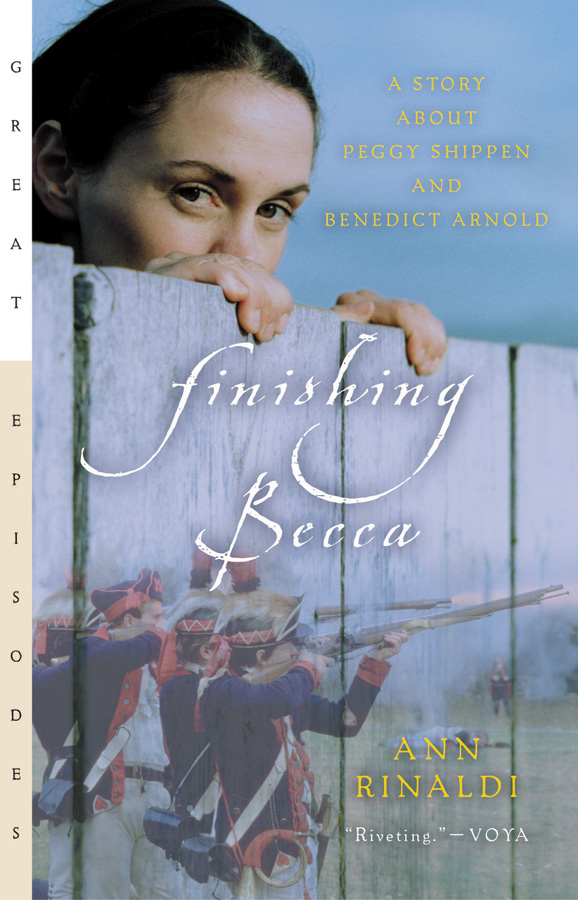