Figures in a Landscape: People and Places

A delectable collection of Theroux’s recent writing on great places, people, and prose.

A delectable collection of Theroux’s recent writing on great places, people, and prose

In the spirit of his much-loved Sunrise with Seamonsters and Fresh Air Fiend, Paul Theroux’s latest collection of essays leads the reader through a dazzling array of sights, characters, and experiences, as Theroux applies his signature searching curiosity to a life lived as much in reading as on the road. This writerly tour-de-force features a satisfyingly varied selection of topics that showcase Theroux’s sheer versatility as a writer. Travel essays take us to Ecuador, Zimbabwe, and Hawaii, to name a few. Gems of literary criticism reveal fascinating depth in the work of Henry David Thoreau, Graham Greene, Joseph Conrad, and Hunter Thompson. And in a series of breathtakingly personal profiles, we take a helicopter ride with Elizabeth Taylor, go surfing with Oliver Sacks, eavesdrop on the day-to-day life of a Manhattan dominatrix, and explore New York with Robin Williams.

An extended mediation on the craft of writing binds together this wide-ranging collection, along with Theroux’s constant quest for the authentic in a person or in a place.

About the author
Paul Theroux

PAUL THEROUX is the author of many highly acclaimed books. His novels include The Lower River and The Mosquito Coast, and his renowned travel books include Ghost Train to the Eastern Star and Dark Star Safari. He lives in Hawaii and Cape Cod.

My Drug Tour: Searching for Ayahuasca

When I first read The Yage Letters, William Burroughs’s cackling account of his drug search in Peru and down Colombia’s Río Putumayo to find what he referred to in Junky as the grail of psychotropics (“Yage may be the final fix”)—a trip in which he was rolled, robbed, starved, diverted, and endlessly bullshitted in his quest to find a high that towered way beyond your average stoner’s dreams of doobage—I closed the book and thought: I really must repeat his trip sometime.

This was in the 1960s, when the book first appeared, to cries of execration by the usual hypocrites. The book is an encouragement to any prospective quester, and very funny, too. “In all my experience as a homosexual I have never been the victim of such idiotic pilfering,” he writes of a flirtation with a boy in Peru, then quickly adds, “Trouble is I share with the late Father Flanagan—he of Boys Town?—?the deep conviction that there is no such thing as a bad boy.”

Yage is yajé, Banisteriopsis caapi: vine of the soul, secret nectar of the Amazon, the shaman’s holy drink, the ultimate poison, a miracle cure. More generally known as ayahuasca, a word I found bewitching, it was said to make its users prescient if not telepathic. Rocket fuel is another active ingredient: in an ayahuasca trance, many users have testified, you travel to distant planets, you meet extraterrestrials and moon goddesses. “Yage is space time travel,” Burroughs said. A singular proof of this is the collection of trance-state paintings by one of ayahuasca’s greatest proponents, the shaman and vegetalista Don Pablo Amaringo. Ayahuasca Visions, Don Pablo’s book (written with Luis Eduardo Luna), is a meticulous pictorial record of his many ayahuasca sessions. But there are risks in the drug, too, not least of which are convulsive fits and ghastly spells of vomiting. Many of Don Pablo’s paintings include an image of someone engaged in picturesque puking.

Even my closest friends have seldom succeeded in exerting a malign influence on me: I am by nature pitch-averse, resistant to the selling mechanism. A persuasive sales pitch is no pitch at all, but rather something like a tremor that causes in me a distinct throb of aversion. Praise a product or a person to me, boost something or someone in my estimation, urge me to care deeply about a cause or a campaign, and my shit detector emits a high-pitched negative squeal that blorts in my head and sends me in the opposite direction.

Yet for all my circumspection, I have been seriously led astray by books. Reading about Africa made me want to go there; I spent six years in Malawi and Uganda in the 1960s, enthralled. Under the spell of Conrad I went to Singapore, not for a visit but for three years on that tyrannized and humid island of sullen overachievers ?— ?though my lengthy sojourn was relieved by trips to north Borneo, upper Burma, and Indonesia. Books led me to Africa, to India, to Patagonia, to the ends of the earth. I travel to find obstacles, to discover my limits, to ease the passage of time, to reassure myself that innocence and antiquity exist, to search for links to the past, to flee from the nastiness of urban life and the paranoia, if not outright dementia, of the technological world. The Yage Letters possessed me. Burroughs had written simply: “I decided to go down to Colombia and score for yage.”

Years passed. Then I was in the middle of a novel and stuck for an idea, and in this period of Work in Stoppage I remembered “The Aleph,” the great story of visions by Borges, in which a man finds the inch-wide stone, the Aleph, that allows him to see to the heart of himself and the world. I realized the moment had arrived for me to find the insight and telepathy of ayahuasca, which would be my Aleph.

Some friends, former amigos of the old gringo and self-exiled writer Moritz Thomsen, told me they knew of ayahuasqueros among the river people in eastern Ecuador. I was given the name of an outfit that shepherded aliens into the tributaries of the upper Amazon where traditional healers abounded. I made arrangements and soon found myself in a cheap hotel in Quito, awaiting the arrival of the other travelers on this drug tour.

“Drug tour” was my name for it. “Ethnobotanical experience” was the prettified official name for it, and some others spoke of it as a quest, a chance to visit a colorful Indian village, a clearing in the selvage tropical where, just a few decades before, American missionaries sought early martyrdoms among the blowguns and poison-tipped arrows of indignant animists resisting forcible conversion to Christianity.

The people who organized this drug junket characterized it as a high-minded field trip, eight days in the rainforest, for eco-awareness and spiritual solidarity, to learn the names and uses of beneficial plants. One of those plants was ayahuasca. There was no promise of a ritual, yet heavy hints were dropped about a “healing.” We would be living in a traditional village of indigenous Secoya people, deep in Ecuador’s Oriente region, near the Colombian border, on a narrow branch of Burroughs’s Putumayo, where the ayahuasca vine clinging to the trunks of rainforest trees grows as thick as a baby’s arm.

But I had a bad feeling from the beginning. I am not used to traveling in groups, and this was a nervous and ill-assorted bunch, eight or ten people, a larger number than I had expected. The great attraction for me?—?it was the reason I had signed up—?was that Don Pablo Amaringo would be our vegetalista. But even Don Pablo, in his stirring lecture in Quito before we set out, spoke of the conflicting vibrations he felt among the people in our group.

Don Pablo’s gentle manner, shy Amazonian smile, and wide knowledge of jungle plants made him instantly persuasive. He was golden-skinned and slight of build, and his expressions were so animated and responsive it was impossible to tell his age. An experienced taker of ayahuasca, he had as a master painter been able to capture the experience in his pictures. He is a respected shaman, though he seldom used the word. “Shaman” is a term from the Siberian Evenki people that has gained wide acceptance. In Quechua, the word for shaman is pajé, “the man who embodies all experience.”

Don Pablo was also a teacher; he ran an art school in Pucallpa, Peru. In 1953 Burroughs had found ayahuasca in Pucallapa. I trusted Don Pablo from the moment I met him. He remains one of the most gifted, insightful, and charismatic people I have met in my life. Don Pablo correctly diagnosed that I had unfinished business back home?—my wife unwell, my affairs in a muddle; he seemed to know I was stuck in writing my book. His shrewdness reminded me that a substance named telepathine had been isolated from ayahuasca.

“Your mind is partly here and partly at home,” he told me.

The others disturbed me. Except for a psychiatrist-poet and a young man who was on the trip to add a chapter to his book about his drug experiences (not long before, he had been roistering at the Burning Man festival), these people were not travelers. Even in Quito they looked out of their depth, and later, as we penetrated the Ecuadorian interior, they seemed to wilt. One woman cried easily, one man proclaimed militant Judaism, another her spirit search; a man confided to me that he was on a quest for spiritual fulfillment, another sobbed, “I need a healing.” One lovely girl was beset by a chronic case of the squitters.

They thought of themselve...

"A portrait of an optimist with curiosity and affection for humanity in all its forms, as well as a ravenous appetite for the literary efforts of others…Theroux’s sweet spot happens to be spinning a convincing narrative through wandering conversations with any citizens who cross his path...emotionally affective."—The New York Times Book Review

"Novelist and travel writer Theroux is at the top of his game with his third collection of essays, a magisterial grouping of intimate remembrances, globe-trotting adventures, and incisive literary critiques...A highly versatile, appealing writer, Theroux casts a wide net with pleasing and entertaining results."—Publishers Weekly, **Starred Review**

“[Theroux’s] stories are less travelogues than well-curated meditations on some of the places, people, and moments he has experienced in a lifetime of rambles… His spare, unhurried prose style, which is rarely long-winded, betrays a novelist's relish for illuminating details and devastating turns of phrase… A masterfully simple and satisfying collection.”—Kirkus

"Those who’ve missed these 30 pieces where previously published will be impressed by the breadth of his interests, the depth of his research, and the scrupulousness of his prose. A profile of Elizabeth Taylor...works a miracle, allowing us to view the icon with unjaded eyes. A lengthy profile of a dominatrix...offers genuine insight into both spanker and spanked. Appreciations of Conrad, Greene, Maugham, and Simenon show how book introductions ought to be done. And the closing, more personal pieces...add emotional heft and shape to this wide-ranging, thought-provoking, and eminently browsable collection."—Booklist

Theroux's observations are so keen and writerly skills so sharp that he butter-slices narratives with a razor-thin surgeon's scalpel, masterfully serving up both the world's dark underbelly and its gloriously uplifting sustenance of love, longing and wonder-lust." —Forbes

In short, there is something for everyone. [...] His talky, big-hearted book will make a heavenly companion at the beach." —Honolulu Star Advertiser

His new collection of essays, like its illustrious author, is full of surprises."— Forbes.com
We’re sorry 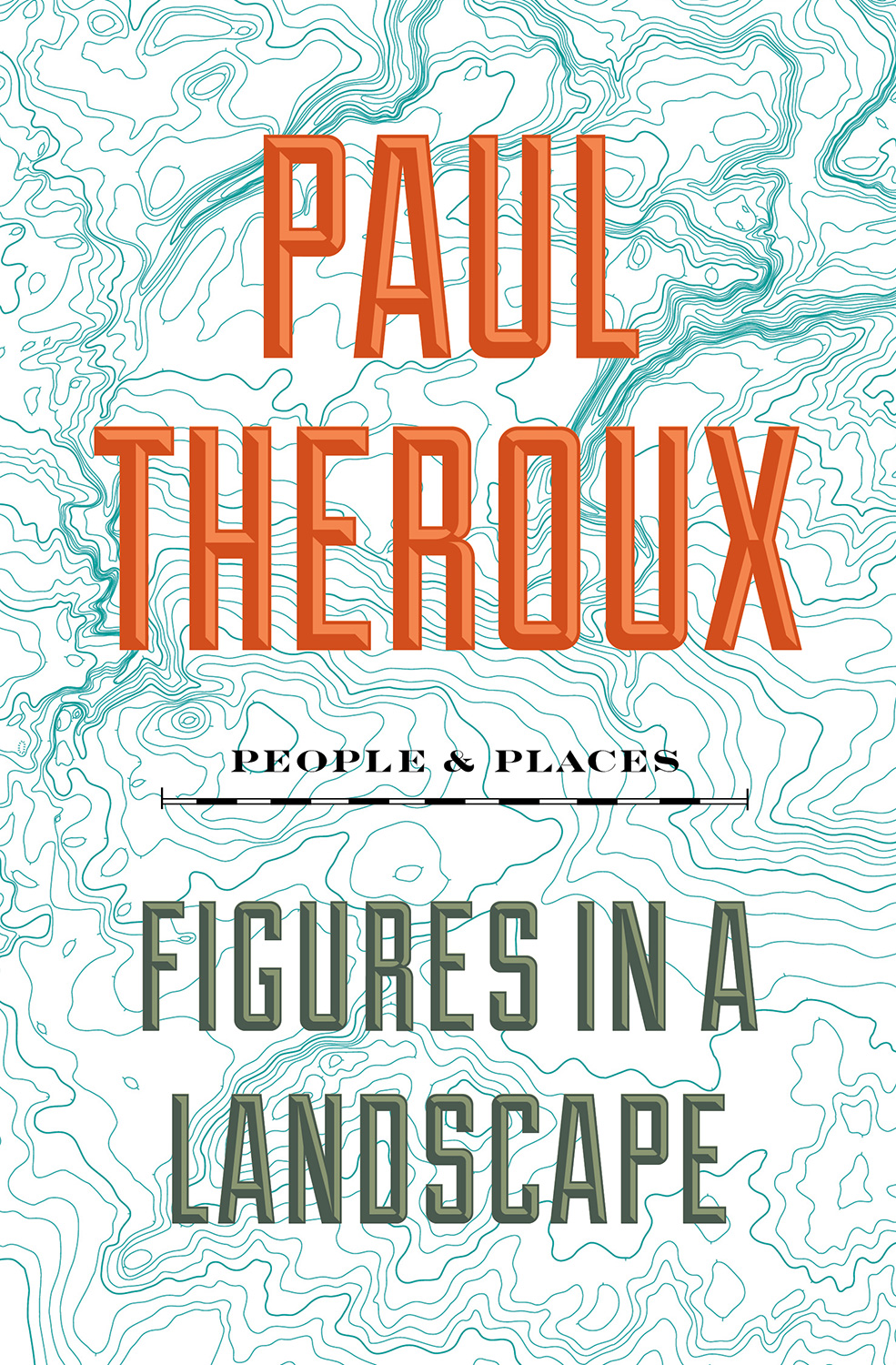