From hunting hurricanes, to scaling rocky caves, to climbing soaring redwoods, three "daredevil" scientists go to great extremes in their quests to save lives, preserve species, and better understand the way our planet works. This stunning addition to the Scientists in the Field paperback collection gives readers a close-up look at three extremely adventurous scientists as they pursue truly unique careers in meteorology, microbiology, and botany.

"Kids who need convincing that science isn't all white coats and test tubes will have their eyes opened here."  —The Bulletin

Scientists in the Field to the extreme! When Paul Flaherty goes to work, he climbs into a four-engine WP-3D Orion turboprop plane and heads directly into the eye of a hurricane. Miles below, Hazel Barton's job in microbiology takes her to the depths of the world's most treacherous caves. And on the other side of the topsoil, way, way above the forest floor, Stephen Sillett passes his days (and sometimes his nights) in the canopies of the tallest trees on earth. Welcome to the work—and worlds—of extreme scientists.

About the author
Donna M. Jackson

Donna M. Jackson is an award-winning author of nonfiction books for children and holds a master’s degree in journalism from the University of Colorado at Boulder. Her works include the critically acclaimed Elephant Scientists, Bone Detectives, Bug Scientists, and Wildlife Detectives—all honored by the NSTA/CBC’s Outstanding Science Trade Book for Children award; ER Vets, an Orbis Pictus and ASPCA Henry Bergh honor book; and Extreme Scientists, named a Smithsonian Notable Book for Children, 2009. When she’s not writing about scientists in the field, Donna enjoys reading, skiing, gardening, hiking in the mountains, and spending time with her family. She lives in Colorado. Learn more about Donna at her website: http://www.donnamjackson.net.

"While the clearly written text includes vivid passages about the dangers these scientists face, it goes on to discuss what drives them to pursue their subjects and what they have discovered along the way. Each of the three sections concludes with an interview. The many excellent, color photos portray these adventurers as scientists intently focused on their work, though sometimes in unusual or unusually beautiful surroundings . . . Fascinating."--Booklist, starred review

“Photos are key here, and they’re dramatic indeed . . . Kids who need convincing that science isn’t all white coats and test tubes will have their eyes opened here.”--The Bulletin

"Readers will encounter fascinating facts about weather forecasting, cave bacteria and fungi and life in the treetops. Each section ends with a series of quick questions to these courageous scientists."--Kirkus Reviews

"Jackson hits just the right balance between informative descriptions of the science and excitement surrounding the risks involved in the activities of the scientists. The numerous intriguing photos achieve this balance as well, showcasing all three scientists both in the lab and out in their elements."--The Horn Book Magazine

"This exemplary title is just the thing for those who think that all scientists are sedentary."--School Library Journal 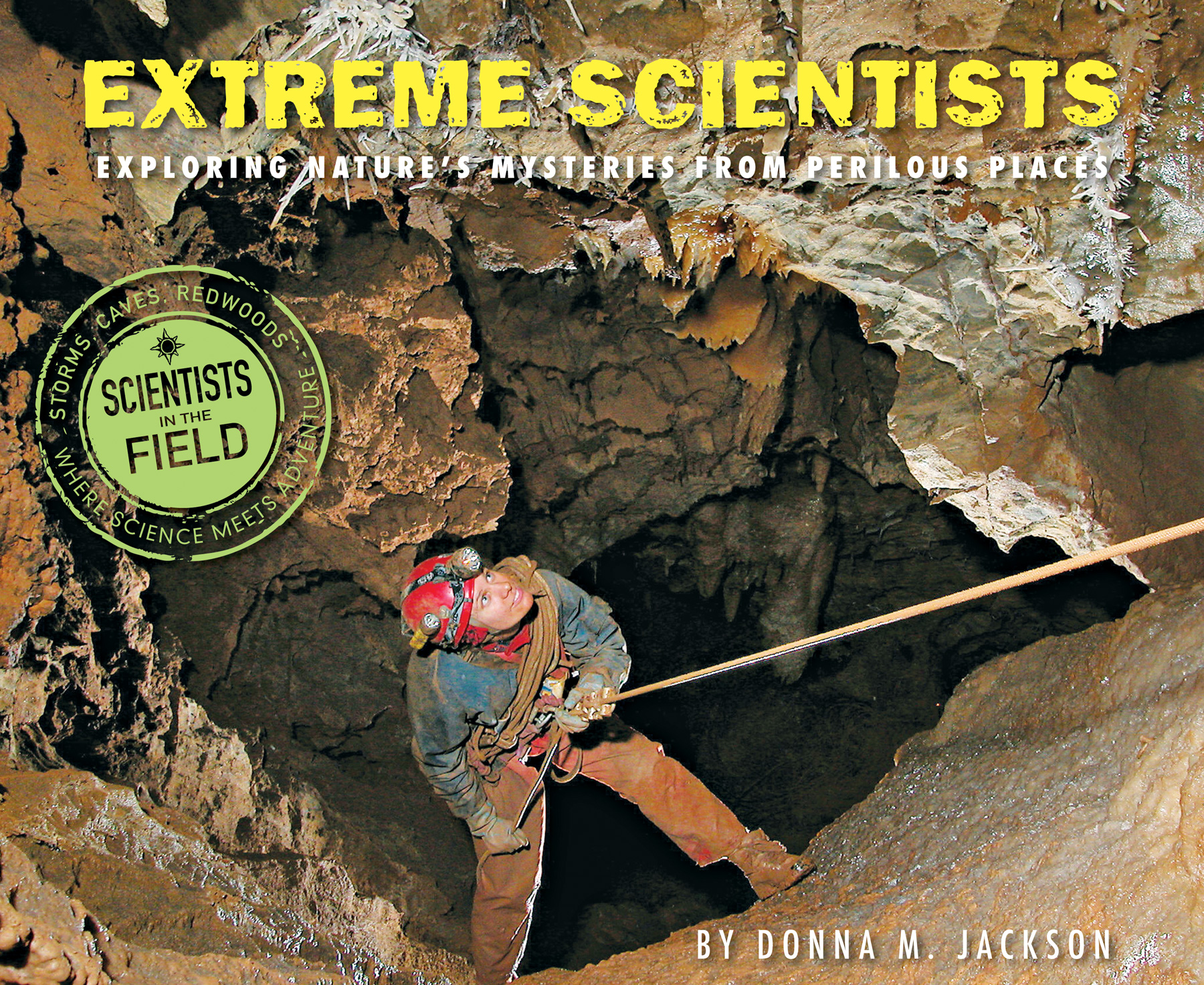