This companion to The Great American Dust Bowl combines lively drawings and authoritative memoir in graphic novel form to recount one of the most destructive and devastating natural disasters in our American history: Hurricane Katrina.

On August 29, 2005, Hurricane Katrina's monstrous winds and surging water overwhelmed the protective levees around low-lying New Orleans, Louisiana. Eighty percent of the city flooded, in some places under twenty feet of water. Property damages across the Gulf Coast topped $100 billion. One thousand eight hundred and thirty-three people lost their lives. The riveting tale of this historic storm and the drowning of an American city is one of selflessness, heroism, and courage—and also of incompetence, racism, and criminality.

Don Brown’s kinetic art and as-it-happens narrative capture both the tragedy and triumph of one of the worst natural disasters in American history. A portion of the proceeds from this book has been donated to Habitat for Humanity New Orleans.

About the author
Don Brown

Don Brown is the award-winning author and illustrator of many picture book biographies. He has been widely praised for his resonant storytelling and his delicate watercolor paintings that evoke the excitement, humor, pain, and joy of lives lived with passion. School Library Journal has called him "a current pacesetter who has put the finishing touches on the standards for storyographies." He lives in New York with his family.www.booksbybrown.comInstagram: @donsart

* "An excellent chronicle of the tragedy for a broad audience; children, teens, and adults will all be moved."

"Lively, dynamic sketching gives the artwork a sense of urgency and immediacy. It is as important to tell the story of a nation's failures as it is to record its triumphs, and this is a crucial contribution."

* "This astonishingly powerful look at one of America's worst disasters is a masterful blend of story and art."

* "If a book's power were measured like a storm's, this would be category five."

“This book could almost make its point on the powerful illustrations alone, but Brown’s precise language secures the historical details in an unforgettable way...‘Drowned City’ delivers a brave treatment of important and uncomfortable details.” 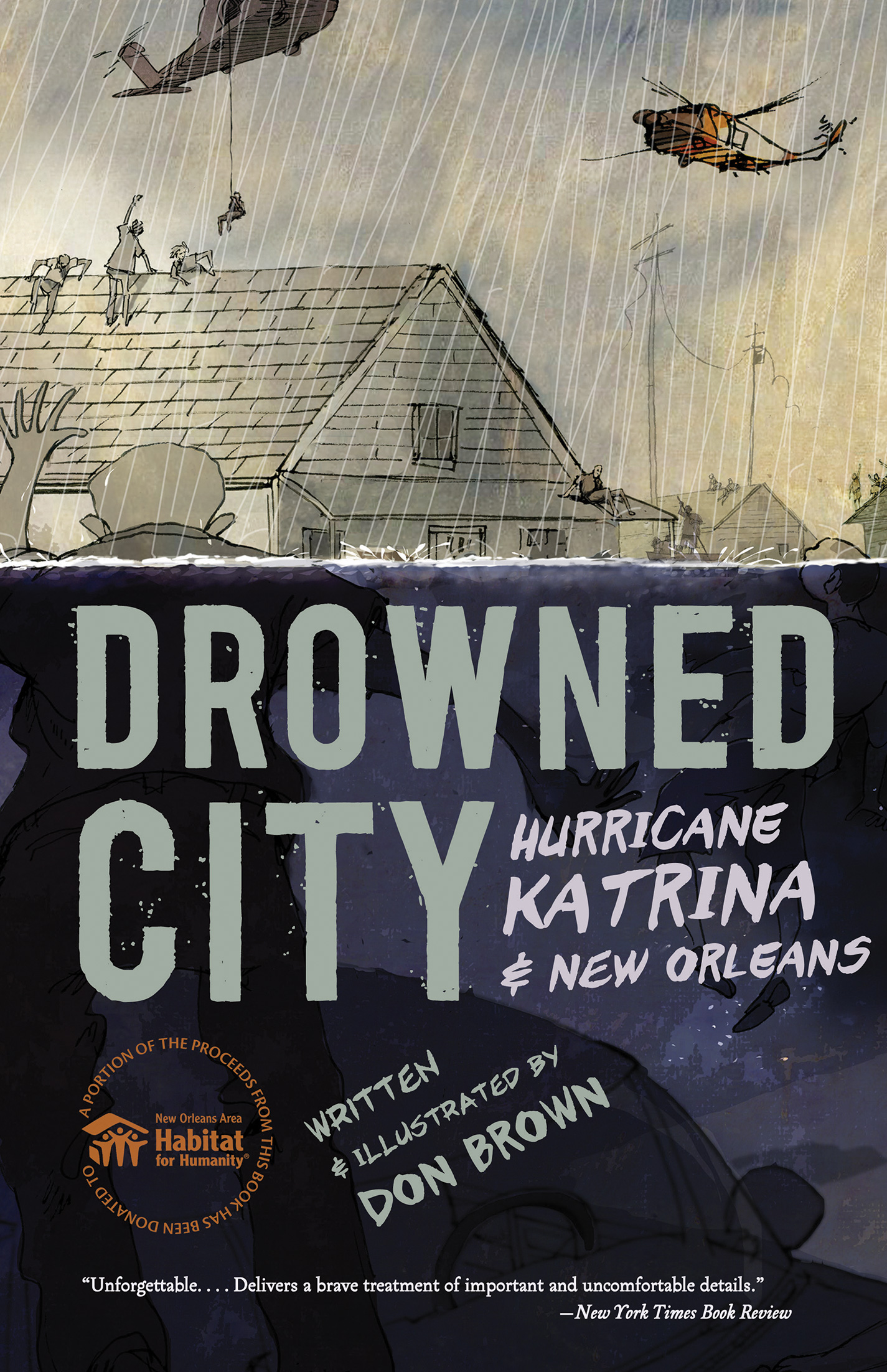