In the spring of 1844 the Wells family receives a letter from a distant relative, the wealthy landowner Nicholas Van Ryn. He has invited one of their daughters for an extended visit at his Hudson Valley estate Dragonwyck. Eighteen year-old Miranda, bored with her local suitors and commonplace life on the farm, leaps at the chance for escape. She immediately falls under the spell of the master and his mansion, mesmerized by the Gothic towers, flowering gardens, and luxurious lifestyle -unaware of the dark, terrible secrets that await.

About the book
“There was, on the Hudson, a way of life such as this, and there was a house not unlike Dragonwyck.”

In the spring of 1844 the Wells family receives a letter from a distant relative, the wealthy landowner Nicholas Van Ryn. He invites one of their daughters for an extended visit to his Hudson Valley estate, Dragonwyck. Eighteen-year-old Miranda, bored with the local suitors and her commonplace life on the farm, leaps at the chance for escape. She immediately falls under the spell of Nicholas and his mansion, mesmerized by its Gothic towers, flowering gardens, and luxurious lifestyle—unaware of the dark, terrible secrets that await.

Anya Seton masterfully tells the heart-stopping story of a remarkable woman, her extraordinary passions, and the mystery that resides in the magnificent hallways of Dragonwyck.
About the author
Anya Seton

ANYA SETON (1904–1990) was the author of many best-selling historical novels, including Katherine, Avalon, Dragonwyck, Devil Water, and Foxfire. She lived in Greenwich, Connecticut.

It was on an afternoon in May of 1844 that the letter came from Dragonwyck.

One of the Mead boys had seen it lying in the Horseneck post office, and had thoughtfully carried it with him three miles up the Stanwich road to deliver it at the Wells farmhouse.

When the letter came, Miranda was, most regrettably, doing not one of the tasks which should have occupied the hour from two to three.

She was not in the springhouse churning butter, she was not weeding the vegetable patch, nor even keeping more than half an absent-minded eye on Charity, the baby, who had kicked off her blanket and was chewing on a blade of sweet meadow grass, delighted with her freedom.

Miranda had hidden behind the stone wall in the quiet little family burying-ground on the north side of the apple orchard as far from the house as possible. It was her favorite retreat. The seven tombstones which marked graves of her father’s family were no more than seven peaceful friends. Even the tiny stone in the corner beneath the giant elm had no tragic significance though it was marked, “Daniel Wells, son of Ephraim and Abigail Wells, who departed this life April 7th, 1836, aged one year,” and covered the body of her baby brother. Miranda had been ten during little Danny’s short life, and he was now nothing but a gently poignant memory.

Miranda was curled up against the wall, her pink calico skirts bunched carelessly above her knees in uncharacteristic abandon. A green measuring worm inched himself unchecked across the smooth bodice of her dress. The May breeze, fragrant with appleblossoms and clover from the adjacent pasture, blew her loosened hair into her eyes. She pushed the strand back impatiently with one hand while the other clutched her book, as Miranda devoured the fascinating pages of “The Beautiful Adulteress.”

So compelling were the beautiful adulteress’s adventures, that even when Miranda’s sunbonnet slipped off and hot sunshine fell through the elm trees onto her skin, she did not pause to replace the bonnet. And yet the transparent whiteness of that skin was the envy of her friends and part product of many a tedious treatment with buttermilk and cucumber poultices.

“The Beautiful Adulteress” had been lent by Phoebe Mead, and it must be finished by nightfall so that Phoebe could return it to Deborah Wilson, who had purloined it from her brother’s saddlebag.

Despite Miranda’s eighteen years and elegant education at Philander Button’s Greenwich Academy, despite avid perusal of this and similar books, she had not the vaguest notion of the horrifying behavior that resulted in one’s becoming an adulteress. But that point was immaterial.

It was the glorious palpitating romance that mattered. The melancholy heroes, the languishing heroines, the clanking ghosts, dismal castles and supernatural lights; all entrancingly punctuated at intervals by a tender, a rapturous—but in any case a guilty—kiss.

Her mother’s first call went unheard. It was not until the cry “Ranny—” changed to a louder and sharper “Miranda-a-a! Where in tunket are you?” that the girl jumped. She shoved the book between two stones in the wall, and called hastily, “Coming, Ma!”

She brushed bits of grass and drifted appleblossom off her dress and apron, straightened the black mesh net which confined her masses of soft curling hair during the work day, hair that in the sunlight shone nearly as golden as the buttercups in the pasture behind her.

Then she picked up Charity.

The baby at once set up an anguished yell; even at a year she resented criticism.

Miranda laughed and kissed the soft neck. “Never mind, pet. Sister isn’t really cross.” But she sighed, rapidly checking the chores which must be done before dusk.

There was a big batch of the baby’s never-ending diapers to be washed and sunned, the butter to be churned, and, worst of all, a fowl to be slaughtered, plucked, and drawn for the Sabbath dinner tomorrow. Miranda loathed this particular task above all others. The sight of blood sickened her. And whereas her brothers and sister found the antics of the staggering, decapitated chicken funny, Miranda always felt a little spasm of nausea. Equally unpleasant was the later necessity for plunging one’s hand into the chicken’s slimy entrails.

She usually spent quite ten minutes scrubbing her slender white fingers afterward. A process which Ephraim, her father, viewed with disapproval when he caught her at it.

“Quite die finicking young lady, aren’t we, Ranny!” he growled, frowning at her beneath his bushy eyebrows. “The Lord has mercifully provided us with food, and He has no patience with those who think themselves too fine to prepare it.”

Ephraim always knew what the Lord was thinking or feeling quite as well as the Reverend Coe did.

Miranda assumed that her mother’s summons had to do with the chicken and she walked slowly, shifting the heavy baby from arm to arm and avoiding the barnyard where the destined victim clucked in happy ignorance.

As she walked, she noted absently that the north potato field was deserted and that therefore her father and three brothers must have finished the spraying and moved on ahead of schedule to the great field by Strickland brook. She also noted that the distant blue of the Sound was unusually clear and that she could even see the wooded purplish strip of Long Island on the horizon. That meant rain. But otherwise she saw nothing of the beauty of the rolling Connecticut countryside, the flowering meadows, the rustling wineglass elms and hemlocks greenish-black against the sky. The farm and the sturdy six-room farmhouse were simply home, and she had never been farther than ten miles away from them in her life.

As she entered the dark kitchen, she saw with relief that her mother’s gaunt though still handsome face showed neither annoyance at Miranda’s tardiness, nor even the habitual pucker of admonition with which she urged her children on to the next inevitable chore.

Abigail, who seldom rested from morning till night, was sitting on a reed-bottomed chair and staring at a paper which lay unfolded on the kitchen table.

She looked up as her daughter came in. ‘Here’s a strange thing, Ranny. I don’t know what to make of it. Can’t tell till I’ve talked with your pa.”

Miranda followed her mother’s puzzled gaze to the paper on the table. “Why, it’s a letter, isn’t it!” she cried with lively interest. Not three letters a year came to the Wells farm. “Can I read it?”

“I guess so,” said Abigail. “But change the baby first, then knead down the bread dough while I nurse her. Time’s wasting.”

The girl cast a longing glance at the mysterious letter, but she did as she was told. Abigail flew around the kitchen, cutting bacon with quick, decisive stabs, poking at the embers beneath the oven where the bread would soon be baked. Finally she unbuttoned her bodice, snatched up the hungry baby, and settled on the low nursing chair.

When the dough was set to rise again, Miranda seized 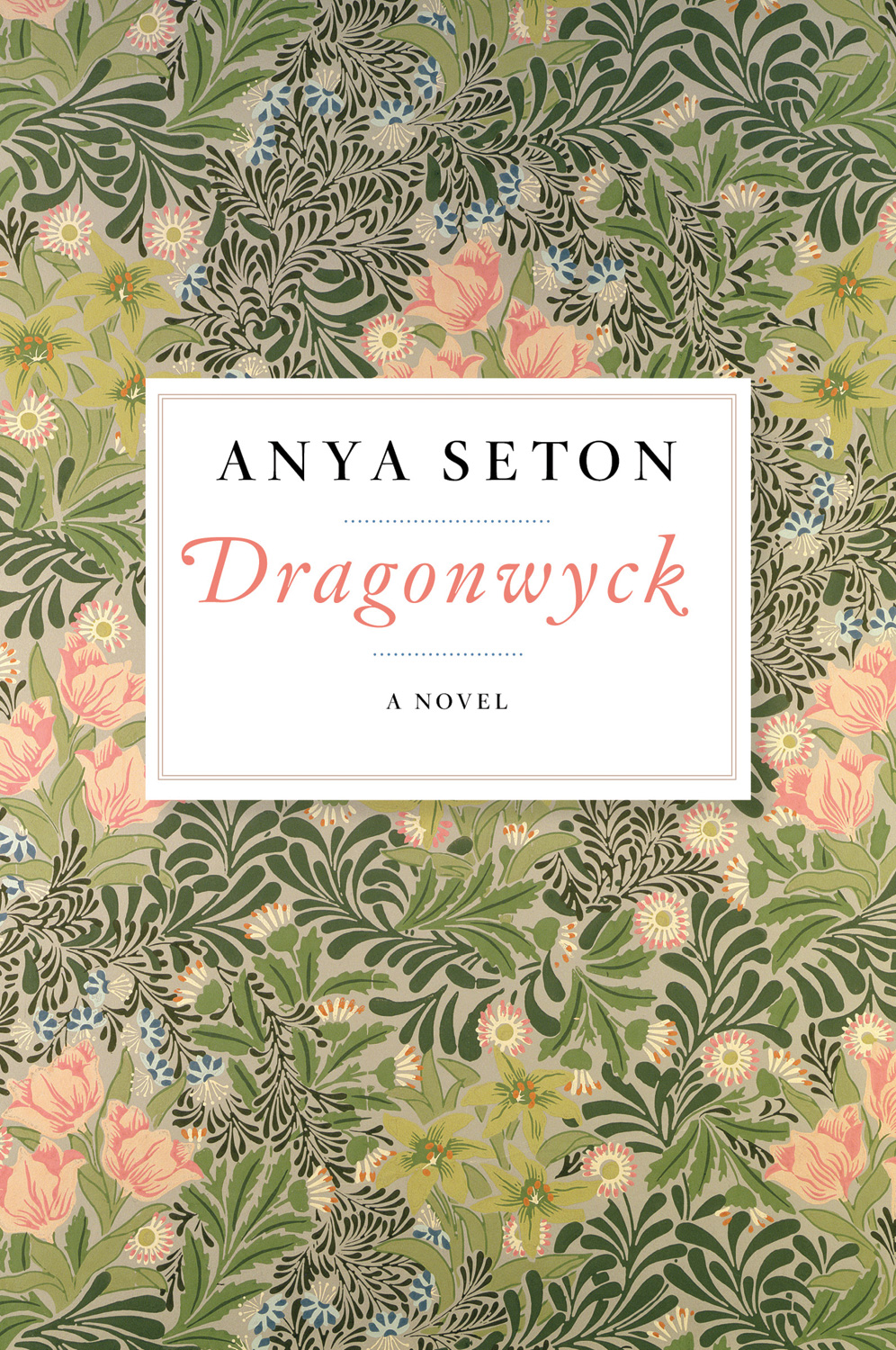