The pun-slinging, crime-solving Chet Gecko is at it again in this new mystery of fire and stink!

Chet Gecko’s investigations often show him the seamy underbelly of school life, but this case throws him for a loop. A deadly stink bomb is unleashed, a school building falls to rubble, money goes missing from the principal’s office, and that’s just a start. Chet’s endurance for trouble is tested, but so is his loyalty: Someone is trying to get his mongoose janitor pal Maureen DeBree fired. A true-blue P.I. doesn’t take that kind of monkey business lying down. Standing up, maybe.

And stand up he will—to some very shifty school bullies. Chet keeps digging for the truth like a mole after an earthworm sandwich. Oh, foolish detective.

Excerpts
School-wide sabotage . . . Jerry Dooty extended his cupped paws. "I found these on the floor in Maureen’s office." We leaned closer. He held a bunch of little-bitty pieces of wood. Headless matchsticks. "I thought they seemed a little . . . I don’t know, suspicious?" he whined. "Figured I’d take them to Principal Zero, see what he thought." Natalie frowned. "You think he’ll think she’s suspicious?"" I think he’ll think she’s not thinking," said Mr. Dooty. "Maybe he’ll think she made the stink." "The stink?" I snapped. "You think?" "I think." Jerry Dooty gave an elaborate shrug. "But who cares what I think? I’m just the assistant janitor." Could he be right? Could my mongoose pal have sunk so low? I shook my head. Never in a million lunchtimes. Mr. Dooty shuffled past us, droning, "But I’ll tell you one thing—" Before he could finish his one thing, three things happened. First, Natalie sneezed. "Ha-CHOO!" Second, an eerie creaking, like the front doors to a thousand haunted houses, filled the air. And third, with a loud FOOMPF! the one-story building next to us collapsed.
Reviews

Praise for the Chet Gecko series:

"Those who haven't read a 'Chet Gecko' mystery don't know what they're missing."--School Library Journal

"Hold onto your fedoras; this gecko's going places."--Kirkus Reviews

"A choice series for reluctant readers."--Booklist

"The sleuth with the smart mouth shows no signs of slowing down . . . and should continue to draw fans like fleas to a dog show."--Kirkus Reviews 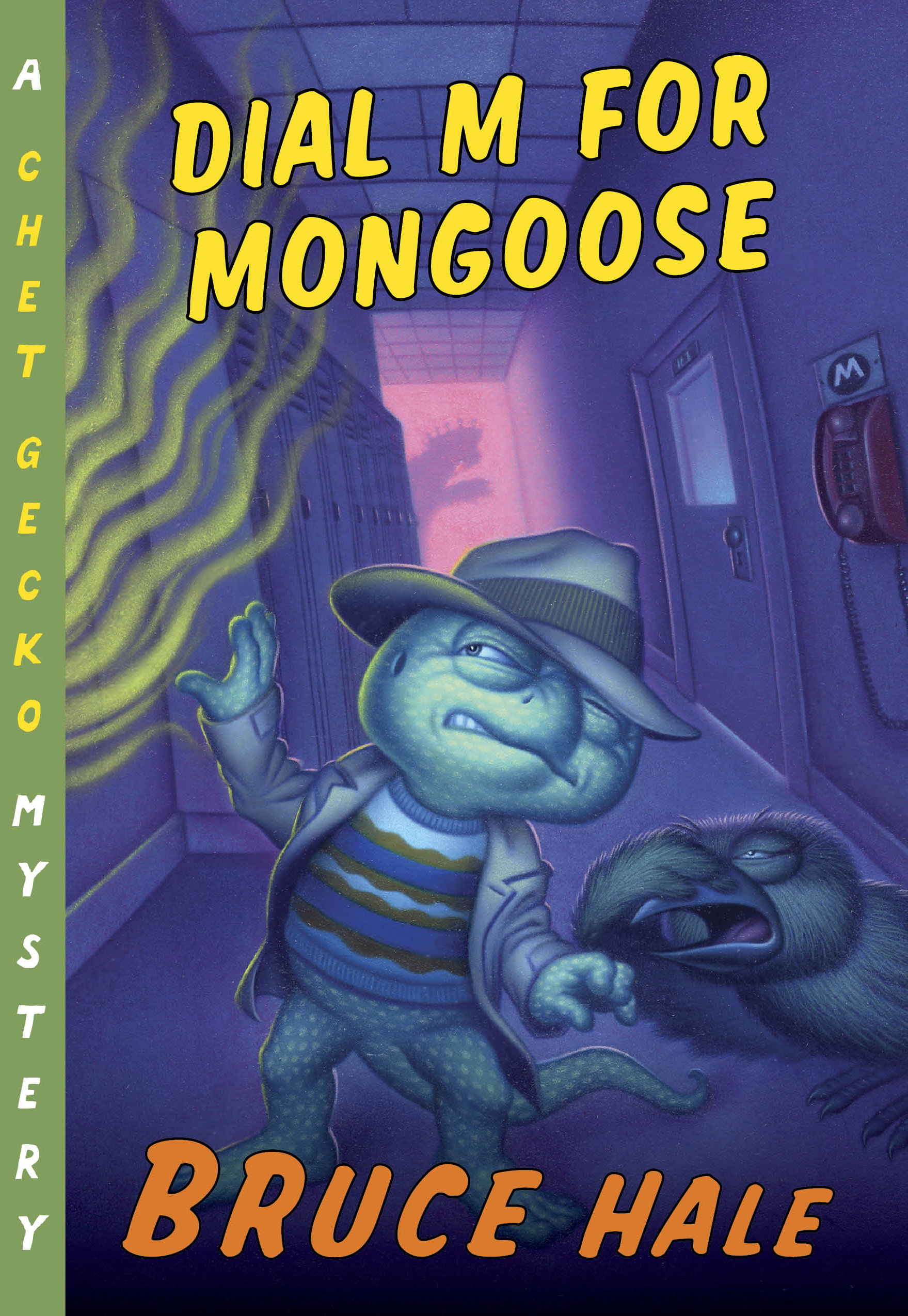