A new novel by the author of The Loney, which was praised by Stephen King as "an amazing piece of fiction."

A new novel by the author of The Loney, which was praised by Stephen King as "an amazing piece of fiction."

In the wink of an eye, as quick as a flea,

The Devil he jumped from me to thee.

And only when the Devil had gone,

Every autumn, John Pentecost returns to the farm where he grew up, to help gather the sheep down from the moors for the winter. Very little changes in the Endlands, but this year, his grandfather—the Gaffer—has died and John's new wife, Katherine, is accompanying him for the first time.

Each year, the Gaffer would redraw the boundary lines of the village, with pen and paper but also through the remembrance of tales and timeless communal rituals, which keep the sheep safe from the Devil. But as the farmers of the Endlands bury the Gaffer and prepare to gather the sheep, they begin to wonder whether they've let the Devil in after all.

About the author
Andrew Michael Hurley

ANDREW MICHAEL HURLEY lives in Lancashire, where he teaches English literature and creative writing. He has published two short story collections. His first novel, The Loney, won the Costa First Book Award, was short-listed for the James Herbert Award, and was published in twenty territories.

CO-WINNER OF THE ROYAL SOCIETY OF LITERATURE'S ENCORE AWARD

“Hurley is a writer’s writer, his descriptions of landscape and character precise and evocative…Hurley’s ability to create unease, combined with his unquestionable talent, make ‘Devil’s Day’ a standout horror novel as well as a piece of literary art…as spooky as it gets. When you’ve finished, you will feel that the Devil is out there, waiting for the inhabitants of the Endlands. Maybe even for you.” –New York TimesBook Review

"This atmospheric, eerie novel is perfect for a rainy night in."—BookPage

"Masterly thriller...an intensely suspenseful tale memorable for what it says about unshakable traditions that are bred in the bone."—Publishers Weekly, STARRED

“Like Hurley's celebrated debut, this beautifully told gothic story of love, obligation, and legacy blends genres superbly. Hurley is considered one of the leading figures in what is called the British folk-horror revival.”—Booklist, STARRED

"Hurley explores the mysteries of human behavior and how they might explain strange events—not to mention the evil that men do—better than demonic influence. He delivers all this with consistently strong scenes, a few fine surprises, and good writing that often sparkles...a complex and highly satisfying work."—Kirkus Reviews, STARRED

“The power of belief, the tyranny of tradition and the unsettling nature of a landscape that changes in a flicker from welcome to menace add up to a gorgeously written novel that leaves the reader wondering and perturbed.” — Metro

“What Wuthering Heights did with Yorkshire moors, Devil’s Day does with Lancashire moors. The writing is evocative and the bleak atmosphere is just as much part of the story as the characters. Hurley combines an insidious, otherworldly story with folklore and mythology.” — Book Riot

“The new master of menace. This chilling follow-up to The Loney confirms its author as a writer to watch . . . Hurley doesn’t need the Devil’s help to grip you. His taut writing does that for him. Nature’s routine cruelties are caught with a fierce accuracy that Ted Hughes would have admired.” — Sunday Times

“This impeccably written novel tightens like a clammy hand around your throat.” — Daily Mail

“Devil’s Day is an assured follow-up to The Loney that considers the themes of exile, mythology and rural traditions . . . In the same way that Emily Brontë allowed the Yorkshire moors to become a character unto itself in Wuthering Heights, Hurley’s depiction of the hills and grasslands of Lancashire takes on an anthropomorphic quality, representing a place removed from the outside world, a timeless land with its own rules and laws . . . Hurley has a good ear for mystery, turning the woods into a magical but dangerous place . . . Hurley is a fine writer, with concerns that place him a little to the left of the literary mainstream, a remove that makes him extremely interesting.” — John Boyne, Irish Times

“This is a story with pull. Its lively, building sense of evil is thoroughly entangled with the assumptions of the way of life depicted, that apparently timeless relationship of the smallholder and the moor. As the young Adam soaks up his father’s tales of the Devil, he’s also learning how to manage the local landscape, how to live in, identify with and take responsibility for the Endlands. These two types of knowledge, the symbolic and the practical, are presented as distinct but interdependent . . . The devil flickers and dances in the woods, and John Pentecost’s self-deceptions are bared for the reader in a horrific climax.” — Guardian

“This vivid tale of demonic high jinks in an isolated rural community is not for the lily-livered . . . Hurley is a superb storyteller. He leads you up onto the moors, into the eye of a snowstorm, dropping little clues, sinister hints at devilment and demonic possession. Then he changes course, scuffs over the prints in the snow, springs new villainies on you, abandons you overnight in the hills” -- Times

“The nebulous presence of the Devil . . . is evoked so palpably in this novel that at times I hardly dared look up when reading for fear of seeing him grinning at me from the chair next to mine . . . Hurley’s riveting, disturbing novel is about the ways in which both communities and families create myths to make sense of their pasts, and about how the comforting embrace of these myths can turn, if they are allowed to become too powerful, into a stranglehold.” — Literary Review

“[Hurley] beautifully captures a bleak landscape and the feeling of something evil and unknowable in the moors, the hills and the byways . . . Hurley’s nature descriptions are lithe and lyrical.” — Sunday Express

"Like his debut, it is a work of gooseflesh eeriness … [Hurley’s] prose is precise and his eye gimlet."—The Spectator

"The successor to Hurley’s much-acclaimed 2016 debut novel, The Loney, reinforces his reputation as a master of flesh-creeping menace … Hidden horrors surface. Eerie malevolence flickers. Nature’s routine cruelties are caught with a fierce accuracy that Ted Hughes would have admired."—The Sunday Times

"His haunted Lancashire is unlike any other location in English fiction."—The Daily Telegraph

"Chilling and captivating; read at your peril."—Stylist

"Every word counts in his story-telling."—nudge-books

"[Hurley] certainly has a big future ahead of him."—On: Yorkshire Magazine

Praise for The Loney

“The terrors of this novel feel timeless, almost biblical: There are abominations here, and miracles.”— New York Times Book Review

"Fans of Shirley Jackson are sure to savor Andrew Michael Hurley’s Gothic horr... 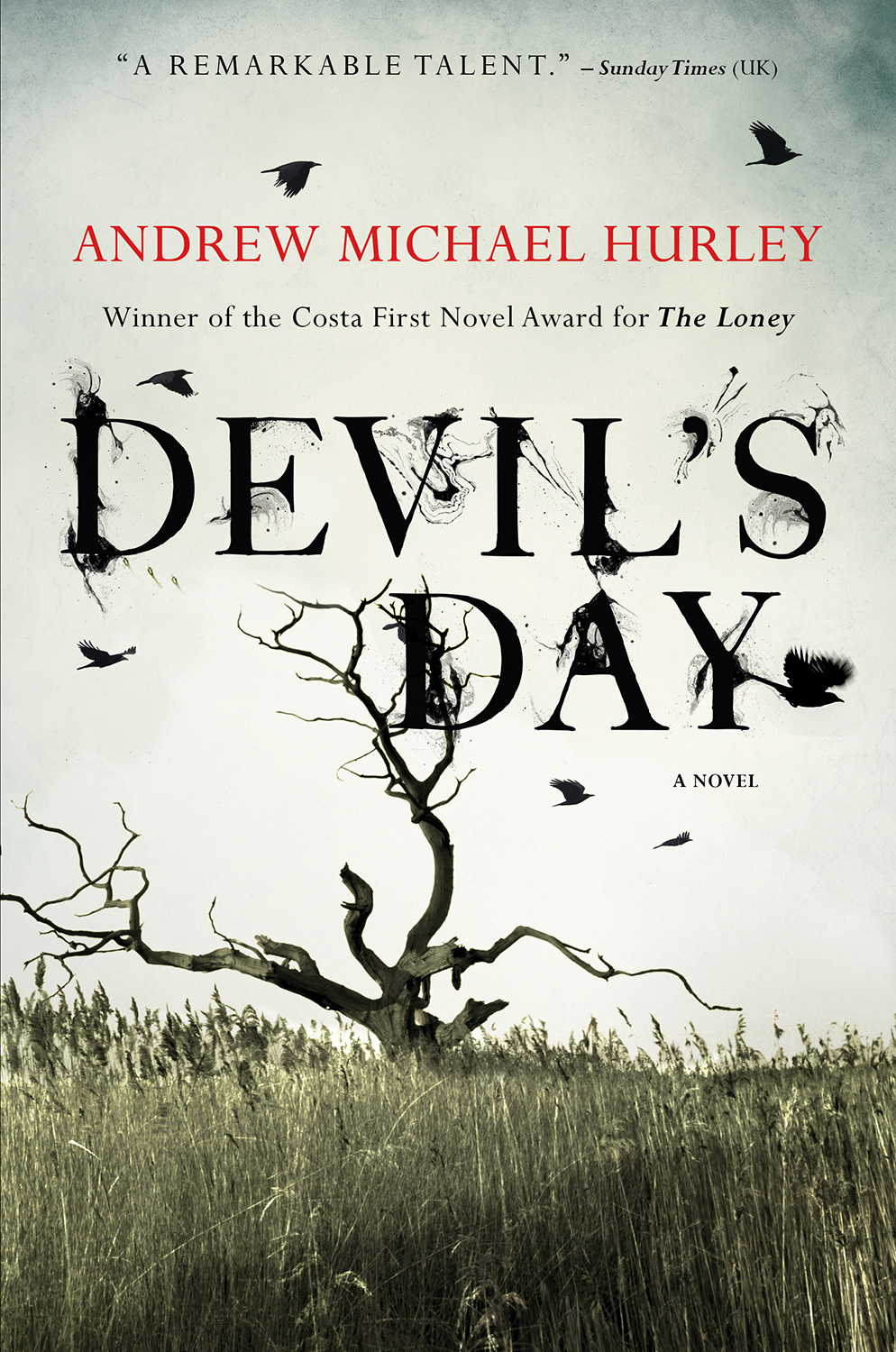