Deep and Dark and Dangerous: A Ghost Story

Mary Downing Hahn is at her chilling best in this supernatural tale. The long-buried secret of a young girl's death in a canoe accident relentlessly makes its way to the surface when a mysterious girl sabotages Ali's idyllic vacation in Maine.

A family secret is at the root of Mary Downing Hahn's story of supernatural events in Maine. Ali, 13, is eager to spend her vacation with Aunt Dulcie, helping to care for her little niece, Emma, in the lake house where Dulcie and Claire, Ali's mother, spent summers. Claire, who is phobic about water, is dead set against her going but is forced to agree. The vacation by the lake turns unpleasant when Ali and Emma meet a mean, spiteful kid named Sissy. Emma idolizes and imitates Sissy, becoming bratty and hostile and accepting Sissy's dangerous dares.

Sissy keeps talking about Teresa, a girl who drowned under mysterious circumstances when Claire and Dulcie were kids. At first Ali thinks Sissy is just trying to scare her with a ghost story, but soon she discovers the real reason why Sissy is so angry: she is the ghost of Teresa and blames Claire and Dulcie for her death.

One rainy Saturday in March, I opened a box of books Mom had brought home from Grandmother’s house. Although Grandmother had been dead for five years, no one had unpacked any of the boxes. They’d been sitting in the attic collecting dust, their contents a mystery. Hoping to find something to read, I started pulling out books—Charlie and the Chocolate Factory, Misty of Chincoteague, and at least a dozen Nancy Drew mysteries. At thirteen, I’d long since outgrown Carolyn Keene’s plots, but I opened one at random, The Bungalow Mystery, and began flipping the pages, laughing at the corny descriptions: “Nancy, blue eyed, and with reddish glints in her blonde hair,” “Helen Corning, dark-haired and petite.” The two girls were in a small motorboat on a lake, a storm was coming, and soon they were in big trouble. Just as I was actually getting interested in the plot, I turned a page and found a real-life mystery: a torn photograph.

In faded shades of yellow and green, Mom’s older sister, Dulcie, grinned into the camera, her teeth big in her narrow face, her hair a tangled mop of tawny curls. Next to her, Mom looked off to the side, her long straight hair drawn back in a ponytail, eyes downcast, unsmiling, clearly unhappy. Dulcie was about eleven, I guessed, and Mom nine or ten. Behind the girls was water—a lake, I assumed. Pressed against Dulcie’s other side, I could make out an arm, a shoulder, and a few strands of long hair, just enough for me to know it was a girl. The rest of her had been torn away. I turned the photo over, hoping to find the girl’s name written on the back.

There was Grandmother’s neat, schoolteacherly handwriting: “Gull Cottage, 1977. Dulcie, Claire, and T—.” Like her face, the rest of the girl’s name was missing.

Alone in the attic, I stared at the arm and shoulder. T . . . Tanya, Tonia, Traci, Terri. So many T names to choose from. Which was hers?

Putting the photo back in the book, I ran downstairs to ask Mom about Gull Cottage, the lake, and the girl. I found her in the kitchen chopping onions for the vegetable casserole she was fixing for dinner. Standing there, head down, she wore the same expression caught in the photograph. Not surprising. She always looked sad, even when she wasn’t.

I waved the photograph. “Look what I found—a picture of you and Dulcie at a lake somewhere. And another girl—” Mom snatched the photograph, her face suddenly flushed. “Where did you get this?” She acted as if I’d been rummaging through her purse, her bureau drawers, the medicine cabinet, looking for secrets.

I backed away, startled by her reaction. “It fell out of your old book.” I held up The Bungalow Mystery.

“It was in one of those boxes you brought back from Grandmother’s house.

Look, here’s your name.” I pointed to “Claire Thornton, 1977,” written in a childish scrawl on the inside cover. Mom stared at the photograph as if I hadn’t spoken. “I was sure I’d thrown this away.” “Who’s the girl sitting beside Dulcie?” I asked, unable to restrain my curiosity.

“Me,” Mom said without raising her eyes. “No, I mean on the other side, where it’s ripped.” I pointed. “See her arm and her shoulder? On the back Grandmother wrote T, but the rest of her name was on the torn part.” “I don’t remember another girl.” Mom gripped the photo and shook her head.

“At the lake, it was always Dulcie and me, just Dulcie and me. Nobody else.” At that moment, Dad came through the kitchen door and set a grocery bag on the counter. “Salad stuff,” he said.

“They didn’t have field greens, so I got baby spinach.” “Fine,” Mom said.

“What are you looking at?” Reaching over Mom’s shoulder, he took the photo.

“Little Claire and little Dulcie,” he said with a smile. “What a cute pair you were. Too bad the picture’s torn—and the color’s so awful.” Mom reached for the photo, but Dad wasn’t finished with it. “This must have been taken in Maine,” he said. “At your cottage.” “Yes.” She reached for the picture again.

“Hey, look at this.” Dad handed her the photo. “There’s another girl sitting next to Dulcie. See her arm? Who was she?” “This picture was taken thirty years ago,” she said sharply. “I have no idea who that girl was.” Slipping the photo into her pocket, Mom went to the kitchen window and gazed at the backyard, which was just beginning to show green after the winter. With her back to us, she said, “Soon it’ll be time to mulch the garden.” It was her way of ending the conversation, but Dad chose to ignore the hint. “Your mom and aunt spent their vacations at Sycamore Lake when they were little,” he told mee. “They still own Gull Cottage, but neither one of them has gone there since they were kids.” “Why not?” I asked. “A cottage on a lake . . . I’d love to see it.” “Don’t be ridiculous,” Mom said, her back still turned. “The place has probably fallen to pieces by now.” “Why not drive up and take a look this summer?” Dad asked her. “Ali would love Maine—great hiking, swimming, canoeing, and fishing. Lobster, clams, blueberries. We haven’t had a real vacation for years.” Mom spun around to face us, her body tense, her voice shrill. “I hated going there when I was little. The lake was cold and deep and scary, and the shore was so stony, it hurt my feet. It rained for weeks straight. Thunder, lightning, wind, fog. The gnats and mosquitoes were vicious. Dulcie and I fought all the time. I never want to see Gull Cottage again. And neither does Dulcie.” “Oh, come on, Claire,” Dad said, laughing, “it couldn’t have been that bad.” “You don’t know anything about it.” Pressing her fingers to her temples, a sure sign of a headache, she left the room and ran upstairs. A second later, the bedroom door slammed shut.

I turned to Dad, frustrated. “What’s the matter with Mom now?” “Go easy on her, Ali. You know how easily she gets upset.” He sighed and headed toward the stairs. “Don’t you have a math test tomorrow?” Alone in the kitchen, I opened my textbook and stared at a page of algebra problems. Go easy on your mother, don’t upset her, she can’t handle it. How often had I heard that? My mother was fragile. She worried, she cried easily, sometimes she stayed in bed for days with migraine headaches. From the room overhead I could hear the drone of my parents’ voices. Mom’s voice rose sharp and tearful. “I’ve told you before, I don’t want to talk about it.” Dad mumbled something. I closed my algebra book and retreated to the family room. With the TV on, I couldn’t hear them arguing, but even a rerun of Law and Order couldn’t keep me from thinking about the photo. I certainly hadn’t meant to start a scene—I just wanted to know who “T” was.

I never saw the photo again. No one mentioned Sycamore Lake or Gull Cottage.

"Classic mystery elements . . . add to the suspense and keep the well-plotted story moving along to a satisfying conclusion."

"A compact and approachable shiveriness . . . an easygoing vacation read." 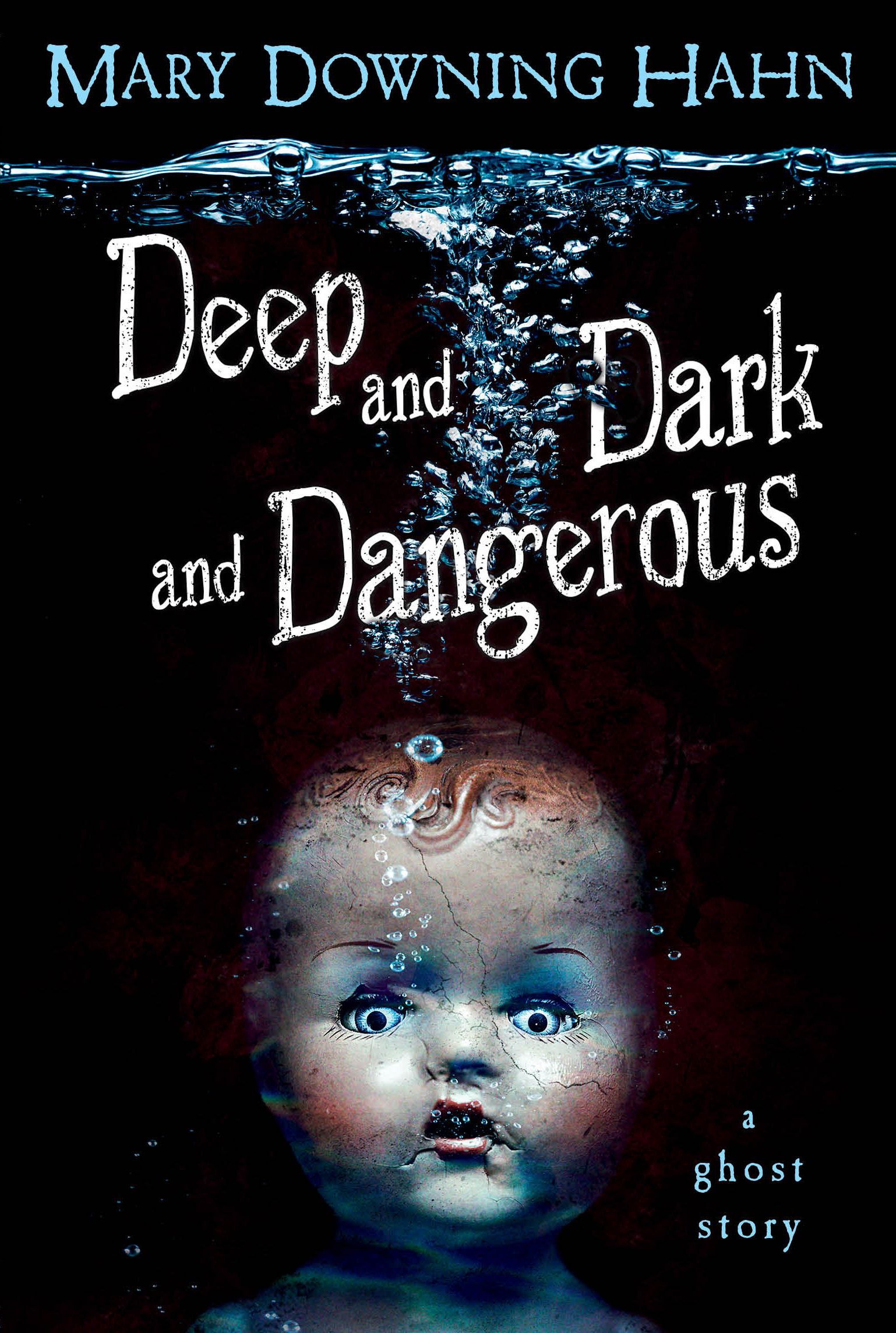