A young boy learns the meaning of fear when the Blitz strikes London in this powerful book by Newbery Award winner Susan Cooper.

Derek and his friends, living outside of London during World War II, regard the frequent air raids with more fascination than fear--after all, they can barely remember a time without them. The boys are thrilled when school is canceled for a few days due to a raid, giving them time to work on their secret camp. But when their camp is savagely attacked by a rival gang from the neighborhood, the harsh reality of the violence surrouding them suddenly crashes down upon Derek and his friends--and a long night of bombing changes his feelings about the war forever.
Includes a reader's guide.

About the author
Susan Cooper

SUSAN COOPER is the Newbery Award-winning author of dozens of books, including The Boggart and the acclaimed The Dark Is Rising series.

The air-raid siren went at the beginning of the afternoon, in an English lesson, while Mrs. Wilson was reading them Children of the New Forest. At first they couldn’t hear the siren at all for the school whistles: a chorus of alarm, their own indoor warning, shrilling down all the corridors at once.

Mrs. Wilson closed the book with a deliberate snap and stood up. “All right now, children, quickly and quietly. Books in your desks, take out your gas masks, all stand up. Anybody not got his gas mask? Very good. Now I want a nice neat line to the shelter, and no running.”

A hand was waving wildly at the front of the class. “Ma’am, is it a real raid, ma’am?”

“It’s the wrong time for a drill.”

Mrs. Wilson scowled, and they knew the scowl and were quiet. “We don’t know yet. Door monitor?”

Little Albert Russell was already stiff at attention by the open door, the strap of his gas-mask case neat across his chest. Out they went into the corridor, from one row of desks at a time, their double file jostling the filing classes from the other rooms, out to the air-raid shelters in the playground.

Derek and Peter had desks near the classroom window. Geoffrey was behind them.

“Can you see anything?”

The head-splitting school whistles had stopped, and Derek listened as he walked, and heard the distant wail of the siren rise and fall until they were down the corridor and going out of the big double door. He and Peter and Geoff were nearly at the end of the line; Mrs. Wilson was counting heads just in front of them. He shivered; the sun was shining through broken clouds, but there was a chill wind. Most of the other classes, the younger ones, were made to take their overcoats into the shelters, but his group, the farthest from the cloakrooms, had no time ever to fetch theirs.

He became conscious suddenly of the drone of engines somewhere high up.

The three couples behind them fell over their feet as he stopped, and then skirted him and went nervously, disapprovingly on. Only Geoffrey paused. The girl who had been walking with him called over her shoulder, “Come on,” but she was Susan Simmons, who was always bossy, and the boys took no notice, but stood where they were and stared up.

Where Peter was pointing, there was a pattern of slow-moving dots in the sky. The deep hum of the engines grew as he watched, and developed a kind of throbbing sound. The clouds were very high, and the planes were flying below them; they seemed light-colored and were not easy to see unless the sun went behind a cloud. Their noise seemed so loud now that Derek looked all around the rest of the sky for more, but saw nothing except the familiar floating shapes of the seven barrage balloons, three near, four far off, fat silver ovals hanging up there with bulbous fins at their tails, like great friendly bloated fish. The balloons were filled with hydrogen, he knew, and tethered by thick cables; they were there to get in the way of any Nazi pilot coming in low to drop his bombs.

What with his own excitement and the height of the formation, Derek could not really make out the silhouette of any individual plane; but by the same token he knew that Geoff couldn’t, either. “No, no,” he said. “Dorniers.”

And then in the second that they still paused on the black asphalt playground, with the grubby concrete boxes that were the air-raid shelters looming ahead of them, they saw the unbelievable happen. Suddenly the rigid, steadily advancing formation of enemy planes broke its pattern, lost its head as plane after plane broke away and dived; and they heard a new higher noise and glimpsed, diving through a broad gap in the clouds out of the sun, a gaggle of other smaller planes scattering the bombers as a dog scatters sheep. It was a furious sky now, full of coughing gunfire.

They heard other guns open up, deeper, closer, on the ground.

“Gosh!” Derek said. He had forgotten entirely where he was; he hopped in delight. His gas-mask case banged at his back. “Gosh!”

“Fighters, our fighters!” Peter waved madly at the sky. “Look!”

And they were lost in breathless looking and in the growing scream of engines and the thumping of gunfire, as an urgent hand came down and Mrs. Wilson dragged them off toward the shelter.

“You stupid boys, come under cover at once!” Her voice was a squeak of anxious rage, and it was only the realization that she was angrier than they had ever seen her that brought them skidding into the entrance to the shelter. But even then Peter was still staring back over his shoulder, and all at once he let out a yell of such joyful surprise that all four of them, even Mrs. Wilson, paused, hypnotized, for a last glimpse of the sky.

“He’s got him, he’s got him, he’s got him!”           It was a Hurricane—Derek could see the blunt nose now—and it had dived after one of the weaving bombers, with its guns making bright flashes on its wings. And the bomber had been hit: it was trailing a ragged path of black smoke behind it and lurching erratically across the sky and down. It wasstill firing its guns; you could hear them and see them among the puffs of smoke in the sky that were the bursts of shells fired from the ground. Nearer and nearer the ground the plane came, a long way away from them but still visible, and as it dived, it veered close to one of the motionless silver barrage balloons, and suddenly there was a sound like a soft “whoomph” and a great burst of flame.

The plane dropped and vanished, with the victorious Hurricane above it swooping off to join the battle that they could still hear but no longer see; the sound of the crash was no more than a faraway thump, like the firing of one of the anti-aircraft guns, but enough to galvanize Mrs. Wilson into thrusting them ahead of her around the right-angle bend of the entrance into the shelter itself. But still Derek had one moment’s last quick sight over his shoulder of the burning barrage balloon, hanging there in the sky as it always had but beginning strangely to droop, with it...

"Remarkable . . . A moving chronicle of despair and of courage."--Publisher's Weekly 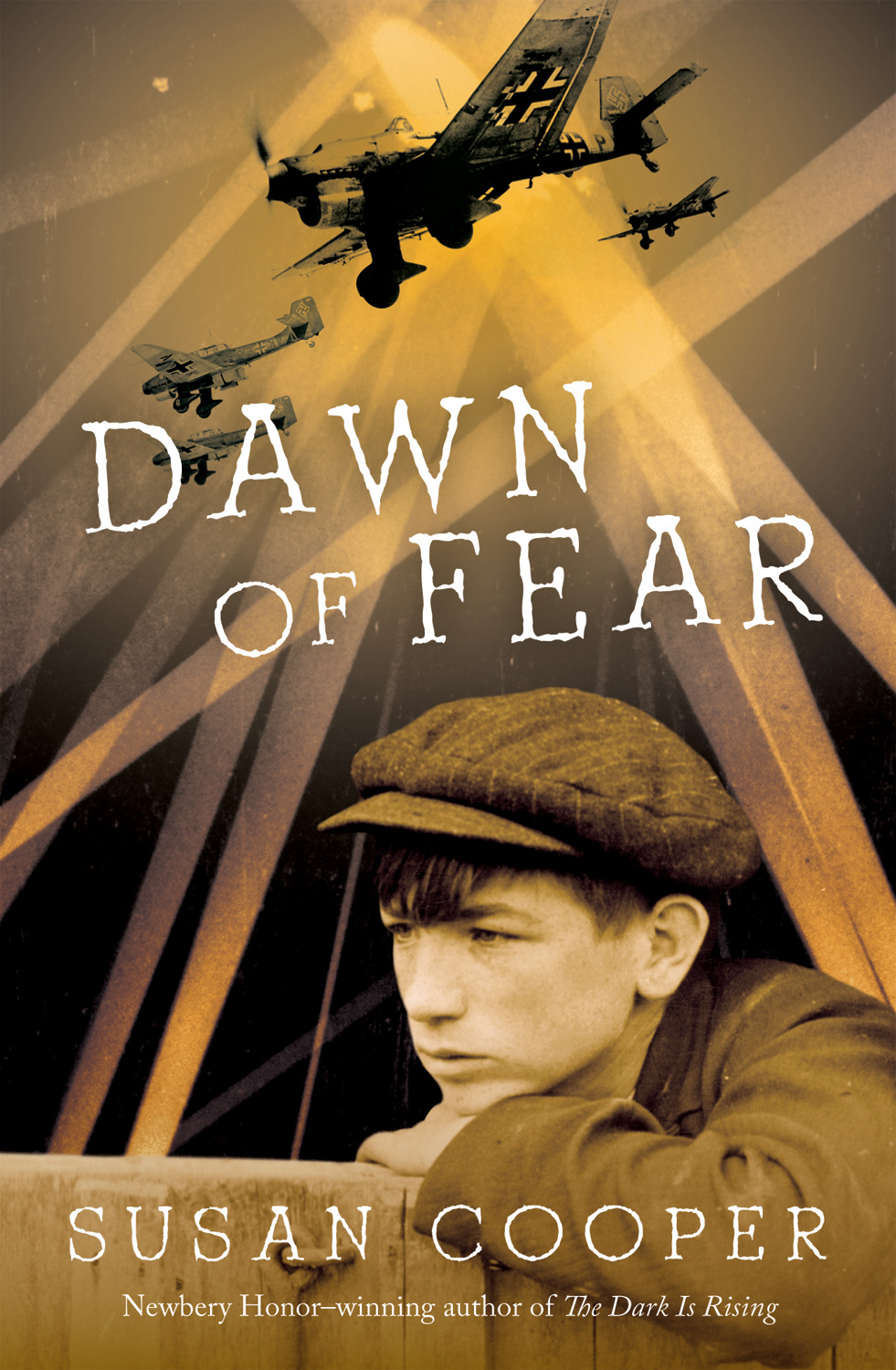