Dark of the Moon

“This retelling of the myth of the Minotaur is deft, dark, and enthralling.” –School Library Journal

Fifteen-year-old Ariadne of Krete is the daughter of the high priestess of the moon. Isolated and lonely, she finds companionship only with her beloved handicapped brother, Asterion, who is held captive below the palace for his own safety. When a ship arrives from Athens, Ariadne meets Theseus, the handsome son of the king. Ariadne is drawn to him, and they form a friendship. But Theseus is doomed to die as an offering to the Minotaur, the monster beneath the palace—unless he can kill the beast first. That monster? Ariadne’s brother. A wonderfully rich coming-of-age story.

About the author
Tracy Barrett

Tracy Barrett teaches Italian language and civilization at Vanderbilt University. Her books include King of Ithaka, On Etruscan Time, Cold in Summer, Anna of Byzantium, and the Sherlock Files series. Tracy lives with her family in Nashville, Tennessee.Visit her website at www.tracybarrett.com.

The ships arrived in the spring, shortly before the Planting Festival. I should not have been out watching them, of course. A few years earlier, I would have gone to the harbor with a group of other children, and together we would have played in the black sand, gawked at the foreigners, admired the goods that were unloaded from their ships. Then, two summers ago, I had become a woman, and my world had changed, had at once constricted and expanded.

Unlike other girls, I had not found the womanhood ceremony joyful. My mother was happy: that day, I joined her in her sphere, now a sphere encompassing two, where she had been alone since her own mother had died and she became ­She-­Who-­Is-­Goddess in her place. But as I stood in the palace that day, listening to the chants of the priestesses, responding where appropriate, sweating in the heavy robes that my mother had worn years before when she became She-­Who-­Will-­Be-­Goddess, as had her mother and her mother’s mother, for as long as time was time, I knew that I was losing almost everything I loved. No more friends, no more playing in the courtyard of the Minos along with his children and my mother’s other children. All that was left to me were my mother and my brother Asterion, and although he loved me and I him, he was not good company.

The day of the ships’ arrival, when everything began to change, a sweet breeze blew into the palace, announcing that spring was about to arrive. The walls of my home, beautiful as they were with their painted decorations below lofty ceilings, closed in on me. I had overheard one servant telling another that the tribute had arrived from Athens, the principal city of the region of Attika across the sea to the north, and I managed to slip out in the late afternoon, when my mother was sleeping.

I watched from my favorite hiding place, a thick bush halfway up the slope. The ships approached, black and narrow, and pulled into the harbor. People climbed into rowboats that brought them to shore and then disgorged them, some wobbling on unsteady legs, others striding forward as though glad to unkink themselves after the long voyage. I envied those travelers who had come so far, stopping at islands, seeing other lands and other cities, learning what foods other people ate, how they worshiped their goddesses and gods, what clothes they wore.

I would never know what they had seen and what life was like where they had come from. If I crossed the sea, I would cease to be ­She-­Who-­Will-­Be-­Goddess and would become merely Ariadne, priestess and daughter of She-­Who-­Is-­Goddess, but not a deity in training. So I turned my eyes to the newly arrived foreigners and burned with hopeless yearning.

Every nine years, the people of many lands took turns sending tribute to Krete. One year we would receive tin from Tartessos, in another, copper from Kypros, or wheat and ostrich eggs from Aegyptos, or ivory from Aethiopia, or precious amber from the frozen countries to the north. These last lay so far away that sometimes the tall, ­yellow-­haired travelers were delayed a year or even two, and we would have one year with no tribute and then one with double riches.

Eighteen years before, the Minos’s oldest and dearest son, Androgeos, had been murdered at the Athenian games. In his rage, the Minos ordered that children of Athens, seven boys and seven girls, must be added to the tribute. Before, the Athenian ships had arrived filled only with luscious green olive oil and the delicate Athenian wine that the Minos particularly liked.

My mother had not interfered. It was her role to order tribute, as well as to direct anything else that affected Krete and its trade, but the right of a father to avenge his son is an ancient and powerful one. She knew how much her brother had loved Androgeos, and further, the people of Athens were led by a king, a warlord who ruled by his might. She knew that they believed, wrongly, that the Minos was her husband and the ruler of Krete. They would not dare to oppose an enraged father who was also a powerful leader.

In the first shipment, the Athenians had sent sweet, pretty children who would become household slaves and live easy lives, or so the king of Athens evidently hoped. That way, his subjects would not rebel at being forced to pay this precious tribute. Instead, they were sent to work in the mines, where they died quickly. The second time, when I was six years old, the children were made to play with my brother. I don’t remember their arrival, although I must have been taken to the harbor as a treat, not yet being She-­Who-­Will-­Be-­Goddess. All I remember is their dead bodies. The Minos had been horrified and had relented. The king of Athens was informed that if he included his own son in the next shipment, the Minos would halt the human tribute.

This time I arrived too late to see them disembark, but still I quickly identified the Athenians in the crowd. They were handsome children, well dressed and obviously ­well ­fed. The little girls and boys stayed together in a group, some holding hands, some weeping, some laughing and pelting one another with black pebbles. An older boy stood somewhat apart, and I wondered if this was the king’s son. A tall girl tried to comfort a wailing boy, who clung to her. I inched forward; they might say something about Athens.

A voice behind me said, “Mistress?” As almost always happened, I had been discovered by a palace servant. It was Iaera, the sister of a girl I used to play with, and she covered her face with her cloak as she spoke. “­She-­Who-­Is-­Goddess is looking for you, mistress.” I straightened and sighed. It was unthinkable to make my mother wait.

“A woman is in labor,” Iaera went on as we hurried up the hill. Before a turn in the road hid the harbor, I cast a look behind me and saw the sun dipping its edge into the sea and the Athenians being led to the palace by the longer but easier road that curved around the slope.

My mother was the only woman on the island of Krete who was unafraid to be outside after dark. Now that I was ­She-­Who-­Will-­Be-­Goddess and any man who touched me would be put to death with unspeakable agony, I, too, could walk under the stars without an escort. This was good, because babies frequently come in the nighttime, and everyone wanted ­She-­Who-­Is-­Goddess to bless a birth by attending it. My mother and I would often be called in the middle of the night to walk or ride in someone’s donkey cart to where a woman was laboring.

Even after I had accompanied her on many of these errands, I was always transfixed by the change when my mother appeared. The laboring woman might be screaming, her damp hair in a tangle over her face as her red eyes glared wildly around the room. Her large belly would convulse as she lay or sat or squatted in a peasant’s tiny hut filled with animal smells or a prosperous merchant’s house, the thick darkness lightened only by a smoky torch. But when my mother entered, even before her hands moved in a comforting charm, the woman’s face would smooth, and then I would recognize her as a fisherman’s wife or the woman who sold sandals in the marketplace or the mother of an acquaintance.

Sometimes the laboring woman died, sometimes the baby, but if my mother was there, both usually lived and were well. Even one girl who came out with her skinny bottom first survived. I remember watching as my mother flicked the soles of the baby’s narrow feet with her fingertip and vigorously rubbed the chest of the small, slippery thing until she wheezed and then wailed, turning pink in my mother’s strong hands. T...

"Ariadne weaves a new tale in a historically rich reworking of Theseus and the Minotaur... A world and story both excitingly alien and pleasingly familiar."—Kirkus Reviews, starred review

"Fans of historical fiction and Greek myths should be pleased."—Booklist 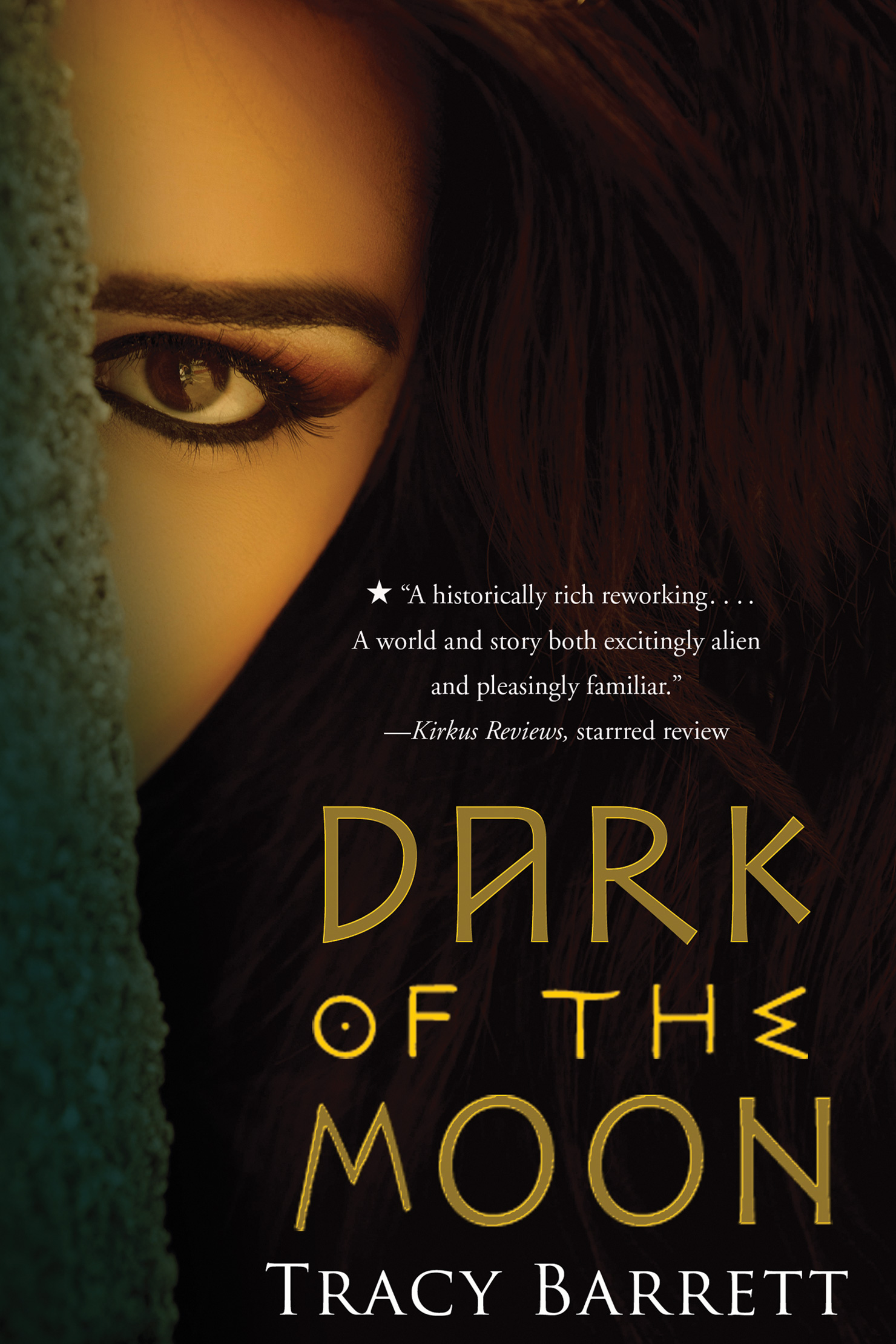