In the vein of the teen suspense classics I Know What You Did Last Summer and The Face on the Milk Carton, Cold Calls is a chilling thriller, an unsettling mystery, and a provocative exploration of bullying, culpability, and the cost of keeping secrets.

Three high school students—Eric, Shelly, and Fatima—have one thing in common: “I know your secret.”

Each one is blackmailed into bullying specifically targeted schoolmates by a mysterious caller who whispers from their cell phones and holds carefully guarded secrets over their heads. But how could anyone have obtained that photo, read those hidden pages, uncovered this buried past? Thrown together, the three teens join forces to find the stranger who threatens them—before time runs out and their shattering secrets are revealed . . .

About the author
Charles Benoit

Charles Benoit'steen novels include Cold Calls, Snow Job,Fall from Grace and You, an American Library Association Quick Pick for Reluctant Young Adult Readers. A former high school teacher, Charles is also the Edgar-nominated author of three adult mysteries. He lives in Rochester, New York. Visit him on the web at www.charlesbenoit.com or follow him on Twitter (@BenoitTheWriter).

The phone rang and he answered it.

Later, when it looked like it was over, he’d think back on that moment and what he could have done different.

But that was weeks away, and it was just a phone call.

No number came up on caller ID. It was weird, but it happened now and then, somebody calling from a pay phone or using a cheap throwaway. If he had recognized the number—Nick or Duane or Andrew or Yousef or one of the guys from the team—he would have said something that sounded like “’Zup.” If it had been Kate or Tabitha or Felicia or Emma or any girl—even April—he would have said, “Hey.”

It wouldn’t have been April, though. It was still too early to say if they’d even get back to being just friends.

With no number to recognize, he went with “’Zup?”

There was a pause on the other end and the sound of air being sucked through a straw, then two quick clicks, and then a voice, computer generated and pitched low like distant thunder. “Eric Hamilton.”

At first he thought it was the library. They had an automated system that called when a book went overdue, and the calls would come around that time in the evening, not so early that it disturbed dinner, not so late that it was rude. But he hadn’t been in any library since June. Besides, their message started friendly before getting into the details. There was nothing friendly in this voice.

Somebody screwing around. The stupid kind of thing you did in sixth grade, or the first time you got high. And it wasn’t even funny then. He pressed end, tossed the phone onto his bed, and went back to Gears of War.

Ten minutes later, the phone buzzed and he answered without thinking.

If he was outside or home alone, he would have rattled off some f-bombs and hung up, but he could hear his mother outside his door, shifting things around in the hall closet, and he didn’t talk like that when she could hear him. And maybe it wasn’t a prank. Maybe it was some new computerized program telling him there’d be no school tomorrow.

Probably not, but it was worth checking.

“Yeah, this is Eric,” he said, then heard himself saying it, a faint echo that swirled out into the airy static.

There was a pause and something that sounded like a breath.

Then a single whispered sentence that made his stomach drop.

He held the phone tight to his ear, waiting for more, holding it there until three quick beeps told him the call was over.

He sat at the edge of his bed, the phone in his lap, his thumb hovering above the keypad, the caller’s whispered words still in his head.

After a minute, he swiped the phone back on and went to the list of recent calls. It showed only one that day—a missed call from his mother around noon. So either he imagined the whole thing or whoever it was knew a few clever phone tricks.

He knew he hadn’t imagined the call, but maybe he had imagined what he heard. Or maybe he was just read- ing too much into the static, making words out of the ran- dom sounds, putting them together into that sentence.

Besides, even if he did hear it right, it was the kind of thing you can say to anybody and it would make them ner- vous.

Eric put the phone on his desk, then pulled a sweat- shirt out of the bottom drawer of his dresser. It was a warm night, but still he shivered. He went back to the game, and after a dozen stupid mistakes and restarts in a row, he closed out, set his alarm for six, turned off the light, and stared at the ceiling for an hour until he fell asleep.

One eye open, he lifted his head enough to see the red 2:47 on the clock. He reached for the phone, knocking it off the desk. It fell onto the carpet and under the bed. He listened through his pillow as it buzzed seven more times. It stopped and he waited, picturing the call going to voice mail, then the hang-up and the redial.

It started again, and on the ninth buzz he leaned over the side and fumbled until he found it. The blue light from the screen lit up the dark room, the swoosh of the static roaring in the silence. He was squinting to see the keypad, trying to remember what buttons to push to activate call blocking, when the voice said, “Check your inbox.” Then the line went dead and the blue light faded down to a soft glow.

Eric dropped the phone back on the floor and rolled over, wrapping the pillow around his head. He lay like that for fifteen, twenty minutes, not moving, telling himself he was just about to fall asleep, when he gave in, sat up, and tapped on his iPad.

He had opened a Gmail account a couple of years back but never used it. Everybody was on Facebook or they just sent a text. He needed an email address to put on college applications, and he checked it now and then, but all he got were generic ads and personalized invitations from the army and marines.

It took him three tries to get the password right.

He had a dozen unopened messages—the first several were weeks old, the last one had come in at midnight.

There was nothing in the subject line, and the return email address was a bunch of question marks from an EarthLink account. He clicked it open, and when it loaded, a pasted-in picture filled the screen.

A black rectangle at the top, a rough white area in the middle, a dark brown bar along the bottom.

No people, no words, nothing else in the shot. Eric rubbed his eyes and leaned in to the screen.

It was obviously a zoomed-in part of a bigger picture, with the squared-off edges and boxy patches of computer pixels. But a picture of what?

The brown part could be leather or wood or paint or dirt.

The black part looked shiny, so maybe it was metal. But then, it could’ve been the way the camera flashed.

The white space was too rough to be paper and too smooth to be concrete, and not  white  like  milk—more like vanilla ice cream.

Whatever it was, the voice had assumed he would recognize it and would know what it meant.

Eric studied it until his eyes went heavy, then turned off the screen and crawled back into bed.

Eight hours later, he was sitting in history class, suppos- edly watching a video on the Electoral College, when it hit him.

He knew the parts in the photo.

He could see how it fit in place, see the other parts the photo didn’t show.

The black rectangle was the bottom left corner of a Maxim swimsuit-model poster.

The brown bar was the top of a wooden headboard. The white area was a bedroom wall.

His bedroom wall. His headboard.

It took a minute for it to click, but it came, rolling like a bead of cold swea...

"Bullying, blackmail, and bad choices are interwoven through this cautionary tale in a manner that's relatable and engaging."

"With a quick pace, this psychological thriller takes readers for a ride, providing clues to the secrets the characters are trying to hide but without disclosing all of the information until later chapters. The coldness of the caller in relation to the damage he/she is doing to the bullying victims as well as the blackmail victims is particularly chilling." 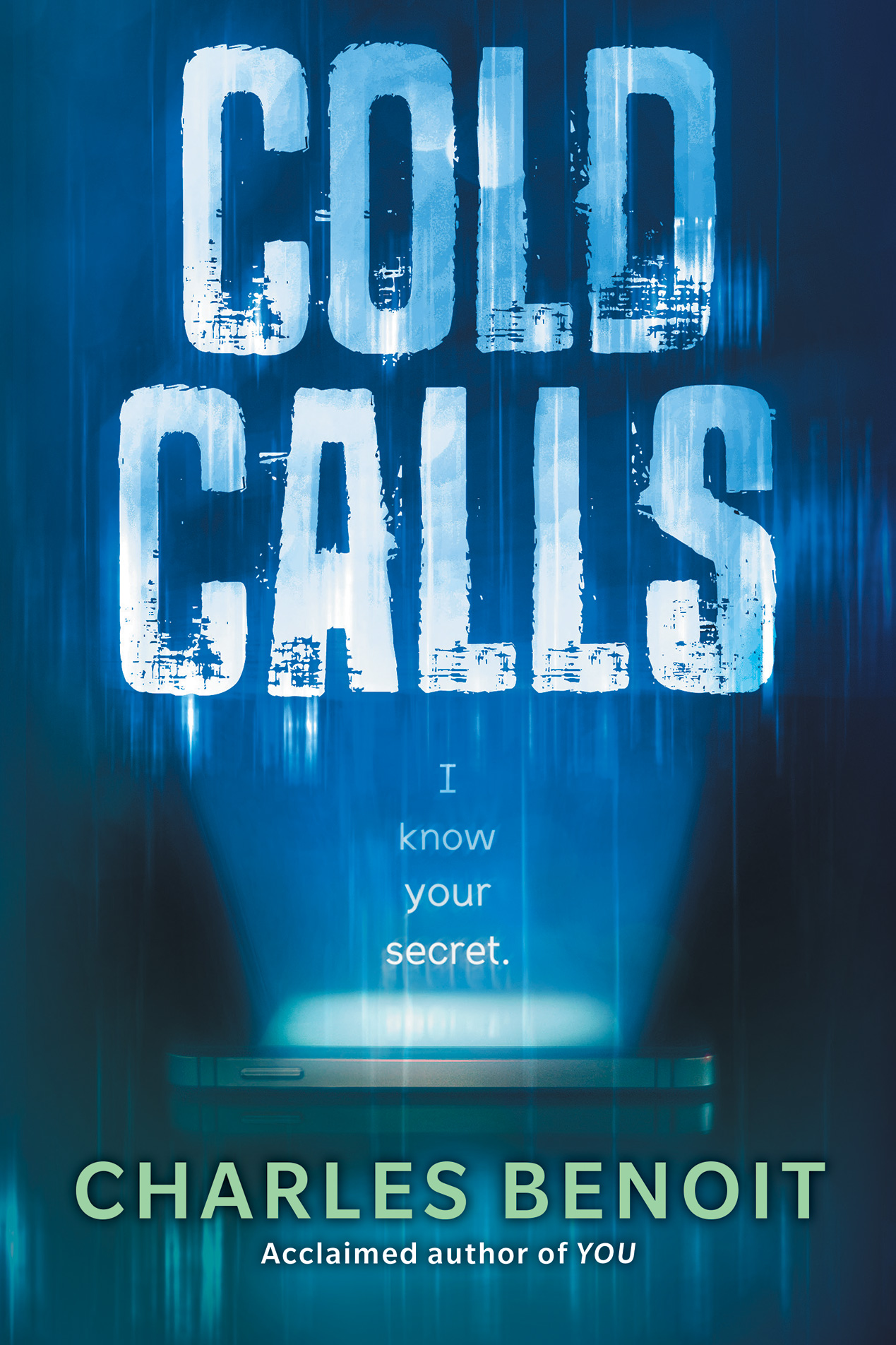