Chumps to Champs: How the Worst Teams in Yankees History Led to the '90s Dynasty

The untold story of the time when the New York Yankees were a laughingstock—and how out of that abyss emerged the modern Yankees dynasty, one of the greatest in all of sports

The untold story of the time when the New York Yankees were a laughingstock—and how out of that abyss emerged the modern Yankees dynasty, one of the greatest in all of sports

The New York Yankees have won 27 world championships and 40 American League pennants, both world records. They have 26 members in the Hall of Fame. Their pinstripe swag is a symbol of “making it” worn across the globe. Yet some 25 years ago, from 1989 to 1992, the Yankees were a pitiful team at the bottom of the standings, sitting on a 14-year World Series drought and a 35 percent drop in attendance. To make the statistics worse, their mercurial, bombastic owner was banned from baseball.

But out of these ashes emerged a modern Yankees dynasty, a juggernaut built on the sly, a brilliant mix of personalities, talent, and ambition. In Chumps to Champs, Pennington reveals a grand tale of revival. Readers encounter larger than life characters like George Steinbrenner and unexplored figures like Buck Showalter, three-time manager of the year, Don Mattingly, and the crafty architect of it all—general manager, Gene Michael, who assembled the team’s future stars—Rivera, Jeter, Williams, O’Neill, and Pettitte.

About the author
Bill Pennington

BILL PENNINGTON is an award-winning sportswriter for the New York Times and the author of Billy Martin, On Par, and The Heisman. A former syndicated columnist, Pennington was also a beat writer for the New York Yankees. A fifteen-time finalist and seven-time winner of the Associated Press Sports Editors' annual writing award, Pennington lives with his family in Warwick, New York.

"In Chumps to Champs, Bill Pennington delivers one of the greatest modern baseball stories never told by taking the reader into the boiler room of the Yankee machine that churned out four titles in five years. Pennington combines his relentless reporting skills and poetic writing with his experience on the beat to profile the imperfect men who built a perfect dynasty in a book that—much like those Yankees—will be talked about for decades."

“Bill Pennington spins a richly detailed narrative of the fall and rise of the Yankees. From the comedically bad Yankees of the early '90s to the quiet genius of Gene Michael, the pages sparkle with forgotten and previously untold nuggets.”

"I lived this era as both a newspaper man and a Yankee broadcaster and it all comes rushing back to me off these pages. Bill Pennington has researched this time with such artful thoroughness that he has uncovered gems that the deepest Yankeeologist will look at as illuminating and surprising. A superb book, and a step-by-step, move-by-move blueprint on how the Yankees got from 'Chumps to Champs.'"

—Michael Kay, voice of the Yankees on YES Network and host of The Michael Kay Show on ESPN Radio in New York

"Joining the Fox broadcast team in 1996, I watched a new era of Yankees World Series champions unfold but knew less about the struggling teams that preceded them. Pennington’s entertaining, well-researched account pulls back the curtain on the tumultuous times that laid the foundation for greatness."

“Pennington’s deeply perceptive analysis . . . is the result of interviews (with Stump Merrill, Buck Showalter, and many others) conducted over a long period and a deep understanding of the sport and the business of baseball. Many baseball books cover similar reversals, but few reach Pennington’s level in explaining the dynamics . . . His attention to the critical details of the lives of both the players (from their teenage roots) and the front-office personnel is unusually penetrating . . . The book is intelligent and memorable.”

"Pennington draws on his decades of reporting to offer a fast-paced, insider history of the 1990s New York Yankees . . . Pennington’s work is a must for Yankees fans, but also an exciting history for any baseball aficionados."

"Pennington writes a mixture of interviews, biographies, on-the-field action, and fierce front-office politics that will not put off Yankee haters but will also entertain their fans who know that the story has a happy ending."

“This well-written account of the building of a new Yankee dynasty in the 1990s is deeply informed by the author's extensive interviews and will be enjoyed by all baseball fans.” 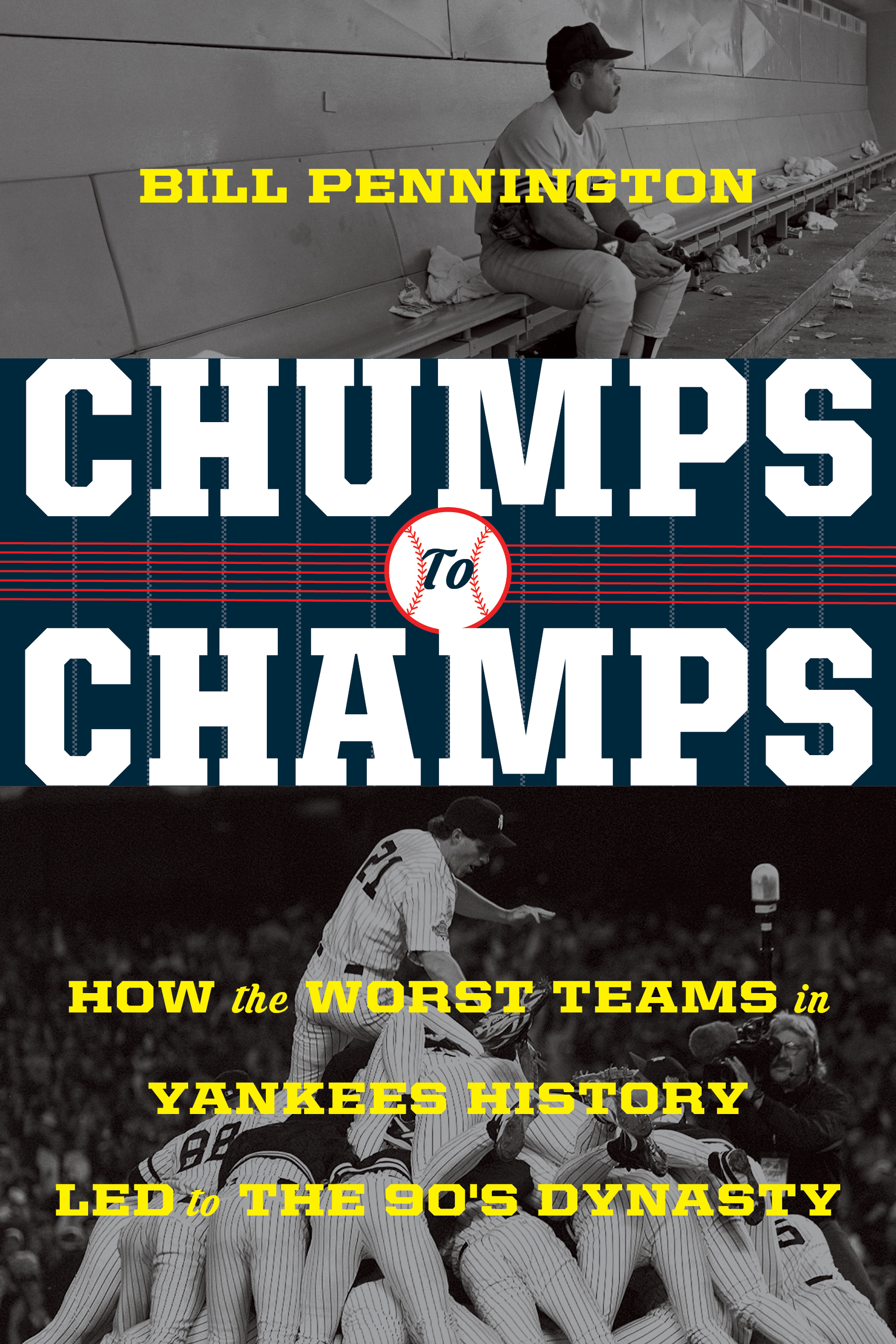