This uniquely illustrated, middle grade time-travel adventure has siblings Max, Kyle, and Emma travelling back in time to the Cretaceous era. A mix of Manga and American comics by artist Blake Henry give this action-packed tale a distinctive look.

About the book
When Max, Kyle, and Emma are sent to live with their grandfather, they think their summer is ruined. But after Emma is kidnapped at the exact time that her grandfather predicted, Max and Kyle are forced to believe his story about the time machine in the basement.
To save Emma, Max, Kyle, and their new friend Petra must take the trip of a lifetime — to the Cretaceous period. Soon they find themselves dodging killer insects, velociraptors, and the terrifying T. rex. Can these three contemporary teens hunt down a kidnapper, forage for food, and survive long enough to return home?
About the author
Greg Leitich Smith

Blake Henry is an animator and comics artists in New York City. He graduated from The School of Visual Arts.

Just how much of a creepy old hermit man is he, again?" my sister, Emma, asked as Mom drove us up the hill to my grandfather’s ranch house. 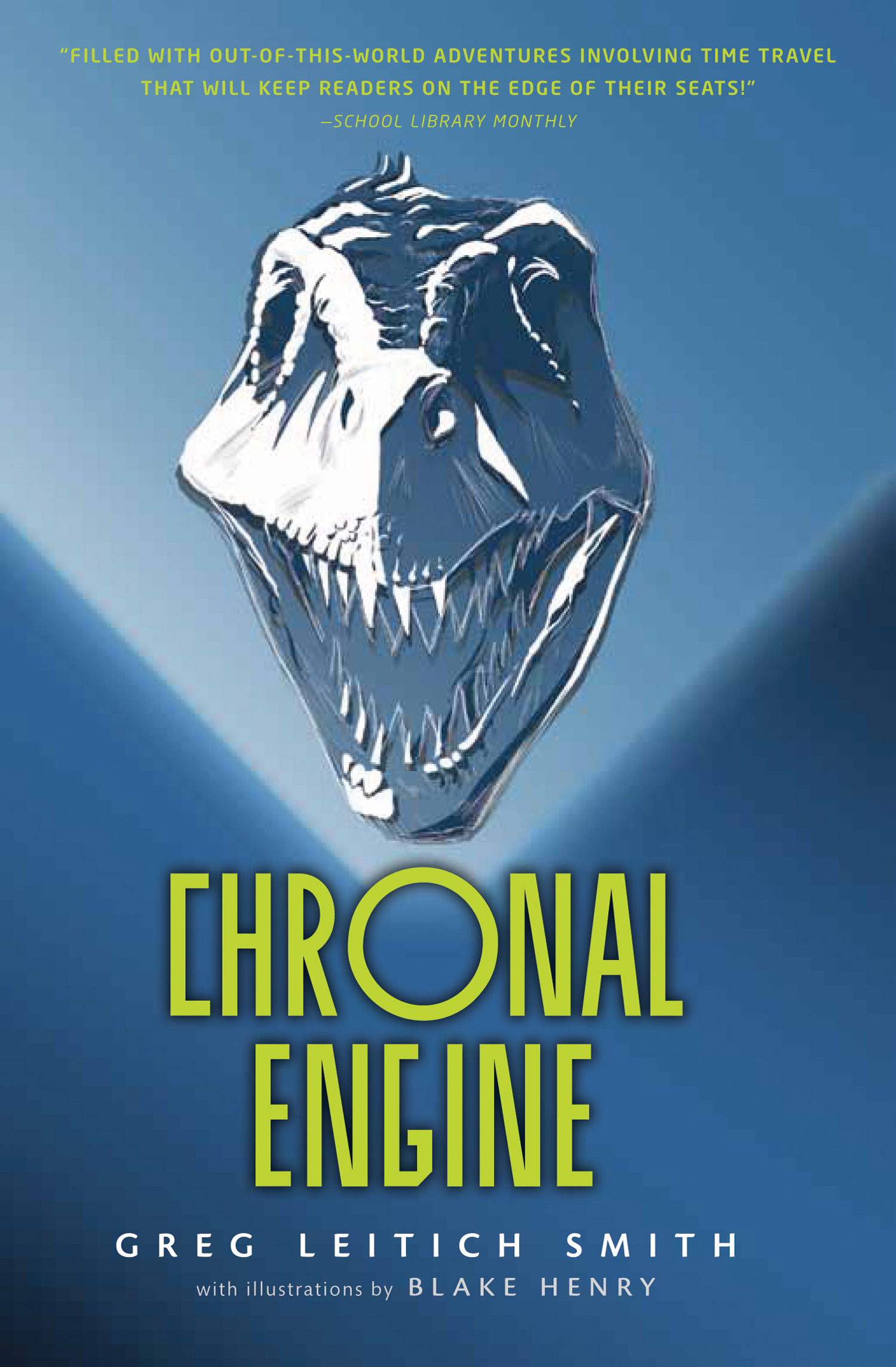