A stunning inside look at how and why the foundations upon which China has built the world’s second largest economy, have started to crumble.

Over the course of a decade spent reporting on the ground in China as a financial journalist, Dinny McMahon gradually came to the conclusion that the widely held belief in China’s inevitable economic ascent is dangerously wrong.

In this unprecedented deep dive, McMahon shows how, lurking behind the illusion of prosperity, China’s economic growth has been built on a staggering mountain of debt. While stories of newly built but empty cities, white elephant state projects, and a byzantine shadow banking system, have all become a regular fixture in the press in recent years, McMahon goes beyond the headlines to explain how such waste has been allowed to flourish, and why one of the most powerful governments in the world has been at a loss to stop it.

Through the stories of ordinary Chinese citizens, McMahon tries to make sense of the unique—and often bizarre—mechanics of the Chinese economy, whether it be the  state’s addiction to appropriating land from poor farmers; or why a Chinese entrepreneur decided it was cheaper to move his yarn factory to South Carolina; or why ambitious Chinese mayors build ghost cities; or why the Chinese bureaucracy was able to stare down Beijing’s attempts to break up the state’s pointless monopoly over the distribution of table salt.

Debt, entrenched vested interests, a frenzy of speculation, and an aging population are all pushing China toward an economic reckoning. China’s Great Wall of Debt unravels an incredibly complex and opaque economy, one whose fortunes—for better or worse—will shape the globe like never before.

About the author
Dinny McMahon

DINNY MCMAHON spent more than a decade in China as a journalist covering the Chinese economy and financial systems for the Wall Street Journal and for the Dow Jones News Service. A native Australian, he is fluent in Mandarin. McMahon wrote China's Great Wall of Debt while a fellow at the Woodrow Wilson International Center for Scholars in Washington DC.

“Of the many books that have observed the fragility and contradictions of China’s economic model, CHINA’S GREAT WALL OF DEBT is the best. McMahon writes well, has a fine eye for detail and finds original stories to illustrate his argument.” –Reuters BreakingViews

“Dinny McMahon is one of the finest chroniclers of China's economic rise and this book – with its mixture of personal observation and sharp economic analysis – is a timely warning of the pitfalls that lie ahead for the world's most populous nation. A most provocative read.” –Jamil Anderlini, Asia Editor for the Financial Times

“A superb, grassroots tour through the underworld of Chinese finance, an issue which – much more than top-level power struggles or conflict with the United States – could determine whether China becomes a true superpower or grinds to a halt under the weight of tons of bad debts.”  –Richard McGregor, award-winning journalist and author of Asia's Reckoning: China, Japan, and the Fate of U.S. Power in the Pacific Century

“China’s Great Wall of Debt puts red meat on the dry bones of standard economic analysis about China. From fake Moutai and Bobbie bears to how the government plays with its ‘great ball of money,’ his 10 years on the ground during a critical period enable McMahon to provide unique insight into China’s precarious financial condition today and how it is likely to evolve tomorrow. A must read for those grappling with an increasingly closed China.” –Carl E. Walter, former CEO JPMorgan Chase Bank China, and co-author of Red Capitalism: The Fragile Financial Foundation of China's Extraordinary Rise

“In the world of non-fiction, three books promise bracing insights into 21st-century China . . . China’s Great Wall of Debt . . . argues against the prevailing belief that China is experiencing an economic boom. Focusing on the nation’s debt, financial journalist McMahon examines the stories of ordinary citizens (an entrepreneur moving his yarn factory to America; why mayors authorise the construction of ghost cities) to wonder if the bubble may be about to burst.” –South China Morning Post, “Must-Read Books to Come in 2018”

“China is poised to overtake the United States, and the rest of the developed world, economically by the year 2030. Or is it? To gauge by this account, Western capitalists can breathe a little easier.Business journalist McMahon, a longtime China reporter for the Wall Street Journal and current fellow at the Paulson Institute, contends that for all the anti-corruption rhetoric of the Xi Jinping government, corruption is still rampant, adding burdens to an economy already bound by strains of command-economy socialism, free-market capitalism, crony capitalism, and state capitalism, all designations that fail 'to sufficiently describe the nature of the Chinese economy.' Suffice it to say that nothing is as it seems: the data are fudged, the numbers untrustworthy and incomplete, and while the government presence is inescapable, there is evidently little coordination among the sectors. One thing that all seem to agree on is that growth is of paramount importance, even if demand does not always approach considerations of supply. For that reason, China has too many industrial facilities, for instance, and too many 'shadow cities' and empty housing developments. Even so, McMahon writes, the Chinese government is planning to grow its way out of current problems, including massive, underreported debt, whether through supply-side reforms and expansion into new areas of economic activity or falling by old standbys. The old ones certainly seem not to be working. By the author's account, consumer dissatisfaction is high, and all the more so the dissatisfaction of investors in failed sectors. If China fails to build its economy and become truly wealthy, he notes, then demographic pressures caused by an aging population will mean that the 'nation's ambitions of national rejuvenation will be postponed for at least another generation.' The specter of Chinese dominance, McMahon writes, is less daunting than the likelihood of the Chinese economy's failure. Of considerable interest, especially to investors in the Chinese market.” –Kirkus Reviews 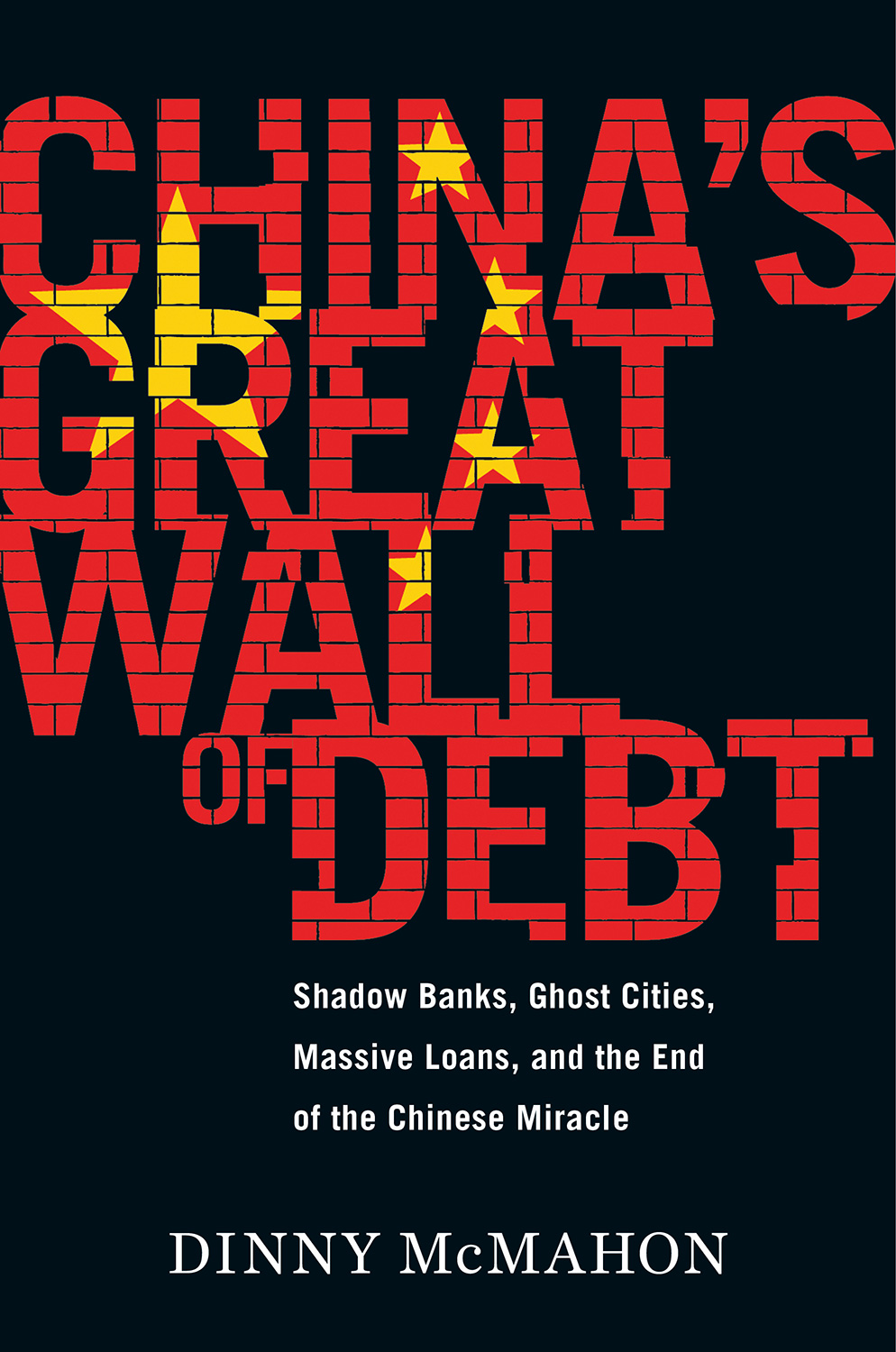