A time-travel thrill ride through the dinosaur-filled Cretaceous Era and a fast-paced companion to Chronal Engine.

“Think Survivor and Robinson Crusoe, with a helping of Jurassic Park and a seasoning of The Time Machine.” —School Library Journal

“This is exactly the book young dino fans would write themselves.” —Booklist

In this time-travel dinosaur adventure, Max Pierson-Takahashi and his friend Petra return to the days of the dinosaurs, where they must survive attacks from mosasaurs, tyrannosaurs, and other deadly creatures, including a vengeful, pistol-toting girl from the 1920s. The fast pace, mind-bending time twists, and Greg Leitich Smith’s light, humorous touch make this an exciting, fun choice for readers looking for adventure and nonstop action.

About the author
Greg Leitich Smith

The pair had just finished their heat in double sculls in the Labor Day Regatta on the Colorado River in Bastrop, Texas. Their boat, the Velociraptor, rested upside down on stands in front of the boathouse. The pair was hurriedly wiping it down to clear it out of the way of the high school crews.

The race itself had gone well, and the brothers had made it through to finals tomorrow. They didn’t make it as the lead boat, though, and as far as Nate was concerned, that was because Brady had slacked off at about the three-quarter mark.

“The point is to win,” Brady answered, gesturing with his rag. “The heats don’t matter.”

Nate made a choking sound and resisted the urge to strangle his brother. Not for the first time. The two were fraternal twins, and people said they saw the family resemblance only after they were told this. In contrast to everyone else in the family except their mother, Brady was blond and gray eyed. He was also the only one of the family who didn’t need corrective eyewear. And he was good at almost everything, which only sometimes bothered Nate. Strangely enough, most people who met Brady liked him.

But to Nate, the bigger issue was that this was going to be their last regatta together. Brady had announced last night that he was giving up rowing to join the football team. “The hours are better,” he’d said. “And so are the girls.”

Nate tossed his rag into its bucket. “And what’s wrong with winning the heats?”

“Nate,” his brother said, with not quite a sigh, “I knew we were going to make it, so why burn ourselves out ahead of finals tomorrow, when it actually matters?”

Nate didn’t answer as they loaded Velociraptor onto its rack and looked out at the frenzy on the docks, where teams were lining up to put their boats in the water.

Just to the north of the boathouse, along the river, a temporary grandstand had been erected in City Park for the event. It was filled to capacity with fans and spectators. More well-wishers were pressing at the barricades to yell congratulations and watch the crews come off the water.

“I didn’t see him—did you?” Nate finally asked, scanning the mass of people. Their father had said he was going to come to the regatta, then celebrate with them afterward. They were supposed to be going into Austin for dinner at Threadgill’s and to hear the Lofty Pigs play live. “Was he in the stands?”

“I was concentrating on rowing,” Brady replied. “You know, because it was a race.”

Nate didn’t reply. Neither of them said a word as they headed into the locker room to shower and clean up.

It was supposed to have been only the second time in about seven years that their father emerged from the family ranch. The first time was two months ago, just after the Fourth of July. He’d taken Brady, Nate, and their sister, Ernie, into downtown Bastrop to see Back to the Future. To Nate’s embarrassment, halfway through, he got them kicked out of the Pegasus Theatre when he started talking loudly and at length about how Dr. Emmett Brown had gotten it all wrong and was a menace. He’d even recited differential equations.

Nate figured he would still be hearing about this from everyone in town five years from now, when he graduated from Bastrop High West and left the state of Texas entirely, for anyplace that hadn’t heard of the Chronal Engine, the family time machine.

Their father spent most of his days and nights working on it and obsessing over it.

According to family lore, Nate’s Great-Grandpa Pierson, nicknamed “Mad Jack,” had invented the Chronal Engine and had used it to defeat the Nazis. Nate wasn’t clear on the details of exactly how the time machine had won the war, since history books tell the story differently, but the Chronal Engine itself was about the size of a minivan, took up much of the basement, and had lights and dials that sometimes lit up randomly for no reason he could see.

Despite himself, Nate was a little surprised his father wasn’t at the regatta. He’d gone out of his way to say he’d come, even though he thought sports were for fools and the people who watched them were ninnies. So on top of being angry at Brady for his performance, Nate was mad at their dad. He was also kind of mad at himself for hoping his father might be starting to let go of the craziness.

Their sister, Ernie, also wasn’t there, though, and that was unusual. The three had established a kind of solidarity, supporting one another even if their father didn’t, especially since losing their mom in a car accident three years ago. She went to the boys’ regattas and recitals and Brady’s science fairs, and the twins went to her academic decathlons and track meets. It worked out, mostly, although slightly less regularly now that she’d started dating that idiot Jacob Takahashi. He was on the football team, and Nate really wanted to bludgeon him with an oar.

But apart from the fact that their father had promised he’d be here and wasn’t, the boys didn’t have a way home.

Nate tried calling their dad using the pay phone in the boathouse, but all he got was the answering machine.

“Right,” Nate answered, slamming the receiver down. It was possible. In the same way it was possible he could win the lottery while getting struck by lightning. Twice.

“He’s working,” Brady said, as if working on a time machine was perfectly normal.

The pair spent the next couple of hours helping the organizers clean up the boathouse and grounds and prepare for tomorrow. As always, Brady stayed calm while Nate stewed. By sunset, their father still wasn’t there and there still wasn’t an answer on the home phone.

As Nate hung up, swearing loudly and expressively, Brady reprimanded him for cursing, and the rowing-team coach approached.

“Next time,” Coach Halverson said, “maybe your dad can use that time machine of his to pick you up on time.” He laughed that hearty and annoying laugh he used to make people think he was joking. “Can I give you kids a lift?”

Brady shrugged. Nate nodded because they didn’t really have much of a choice.

The twins were silent most of the way home—Brady didn’t really like the coach, and Coach Halverson jabbered enough for three people, anyway. This time, he talked about how in high school the boys’ dad used to be normal. Back then, it was their dad’s father, Samuel Pierson, who had been the eccentric. Nate grunted in the right places and, every now and then, wiped imaginary dust off his glasses with the end of his T-shirt. 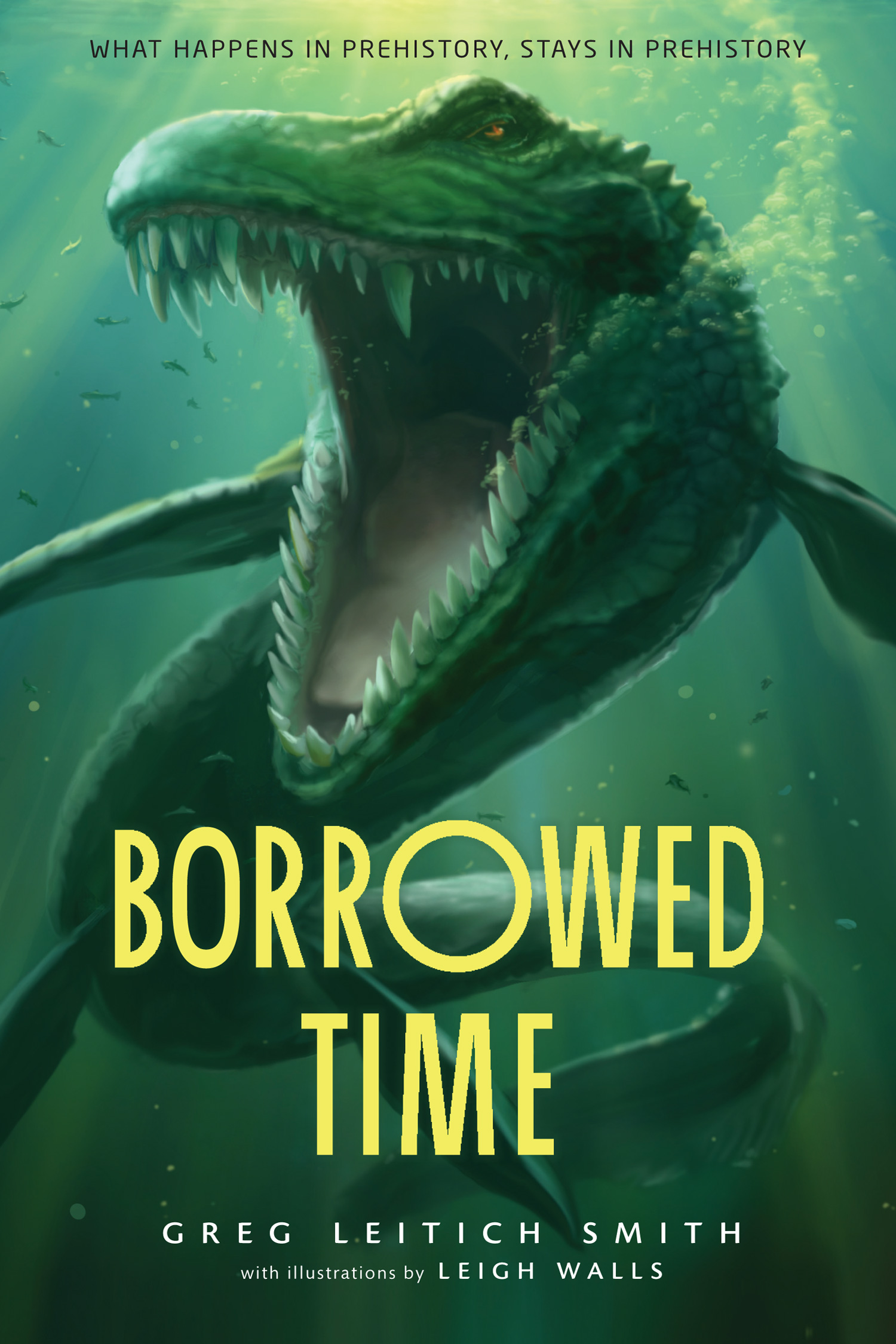