Begin this adventurous and suspenseful series with the inaugural Bloody Jack novels. This starter pack contains three books: Bloody Jack, The Curse of the Blue Tattoo, and Under the Jolly Roger.

Embark on a swashbuckling adventure with the highly entertaining and endlessly cunning Jacky Faber, aka Bloody Jack. Once a dastardly London street urchin, Jacky alters her fate forever by sneaking on board a British warship and disguising herself as a ship’s boy. Jacky climbs ships’ rigging better than the rough-and-tumble boys of the navy, flirts her way out of the trouble she inevitably finds herself in, and ultimately lands herself at an elite school for girls in Boston. Jacky flits in and out of adventure and danger with pirates, real-life historical figures, and riotously funny fictitious friends.

L. A. Meyer takes you on adrenaline-filled historical adventures through the eyes of a witty, brave, and lovable young woman determined to change her fate.

Begin this adventurous and suspenseful series with the inaugural Bloody Jack novels. This starter pack contains three books: Bloody Jack, The Curse of the Blue Tattoo, and Under the Jolly Roger. 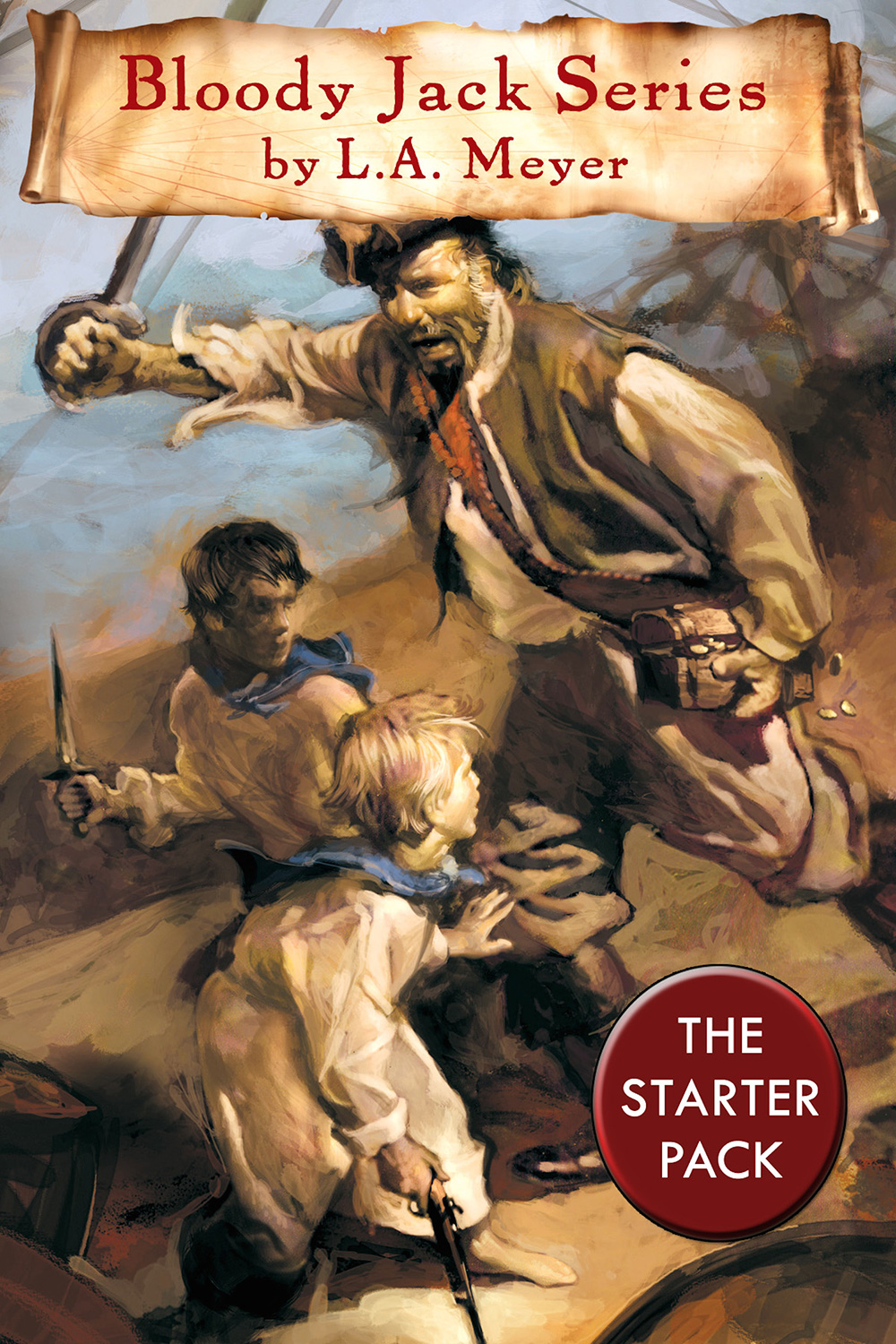