It's the last inning of a high school baseball game between arch-rivals Oak Grove and Compton. Center fielder Luke "Wizard" Wallace steps up to the plate--and is hit by a beanball, a wild pitch that shatters his skull, destroys the vision in his left eye, and changes his life forever.
In this riveting novel, the events surrounding this pivotal moment are recounted through free-verse monologues by 28 different voices, including those of Luke and his Oak Grove teammates; the pitcher, Kyle Dawkins, and other Compton players; the two coaches; Luke's family members and teachers; and Sarah Edgerton, a new classmate who seems more affected by Luke's injury than his girlfriend is.
With its unusual format, gripping subject matter, and economy of language, Beanball is a thought-provoking, fast-paced read.

It’s the worst sound I’ve ever heard in all my years of umping.
Oh, I’ve heard plenty of pitches hit a helmet.
But this . . . this fastball, up and in.
This one hit bone, right in the face.
Not even a scream or grunt from the kid.
He went down like he was shot.

In the bottom of the last inning against their biggest rival, Oak Grove High has two men on base and the score is tied. Luke “Wizard” Wallace is at bat, and he knows what he needs to do: drive in the winning run, save the game, and be a hero.

Luke has everything under control, except the pitch.
About the author
Gene Fehler

Gene Fehler is a widely-published and anthologized poet whose work has appeared in children's books, poetry collections, and college textbooks. He is also the author of five books, including two adult nonfiction titles about baseball's golden age. He lives in Seneca, South Carolina.

A ballfield’s the best medicine I know.

I’ve been sick as a dog since last night.

I had to run out of class third period.

I didn’t even stop to get the teacher’s permission, because I thought I was going to throw up right there at my desk.

Anyway, the minute I stepped onto the field this afternoon, I felt a lot better.

And now this. This is what I live for: bottom of the seventh, our last at-bats.

Hitting against Kyle Dawkins, the hardest thrower in our conference.

Last year as a sophomore, I swung against him, and I couldn’t touch his heat.

I might as well have been batting with a toothpick.

The Compton coach just came out to talk to Dawkins.

I can guess what he told him.

They don’t want to risk walking me.

Dawkins’s control is shaky; the last thing they want is to have the bases loaded. I’ve already pulled an inside pitch for a double, so the smart play is for him to curve me outside.

I’ll be ready for it.

I’ll poke it to right, and the game will be ours.

Last week we won a game with defense in the final inning.

Today we’ve got a chance to win with our bats.

The Wizard’s the guy you want up in a situation like this.

Gordie’s on deck. He’s our best hitter, both for average and power.

But in a clutch situation, Luke’s the guy I want up there.

For some reason—I can’t explain it— the pressure never seems to bother him.

You might think I’m biased, since Luke’s my best friend.

But I could fill a book with all the times he’s come through in the clutch.

In fact, I can hardly remember a time he’s failed.

Sure, Dawkins might get him out; he’s got the stuff to do it.

But if I were going to bet, I’d put my money on the Wizard.

This is one hell of a situation to be in.

Their best hitter’s on deck, so we can’t walk Wallace.

Wallace has already hammered Dawkins’s fastball, so the best bet is to bust him inside one time.

That’ll move him off the plate.

Then we’ll curve him away.

Dawkins’s wildness doesn’t give us much margin for error.

I wish I could bring somebody else in, but he’s still the best I’ve got.

We can’t afford another walk.

Coach wants us to waste a pitch?

I just hope Kyle has enough sense to ignore anything Bradington says.

I’m going to give him a target in the middle of the plate.

I hope he tries to hit it. Even right down the gut, Kyle’s got good enough stuff to get anybody out.

It’s the worst sound I’ve ever heard in all my years of umping. Oh, I’ve heard plenty of pitches hit a helmet. But this . . . this fastball, up and in.

This one hit bone, right in the face.

Not even a scream or grunt from the kid.

I’ve umped and reffed maybe a dozen of his games.

Not just baseball— football and basketball, too.

The kid’s a great athlete, a natural.

That’s why it was such a shock to see him go down like that.

The story is well paced, quite satisfying, and will appeal to the reluctant reader.

In his debut novel, Fehler succeeds at every level.

Poet and baseball enthusiast Fehler should attract a crowd with his first YA novel, narrated by 28 narrators in free-verse monlogues. . . . Fehler does an excellent job in pacing his shifts of perspective, and the central story, of Luke's friendships and eventual recovery, comes through with drama and clarity.

The short, terse narrative will attract reluctant readers, and Luke's nightmarish ordeal will keep them turning the pages. 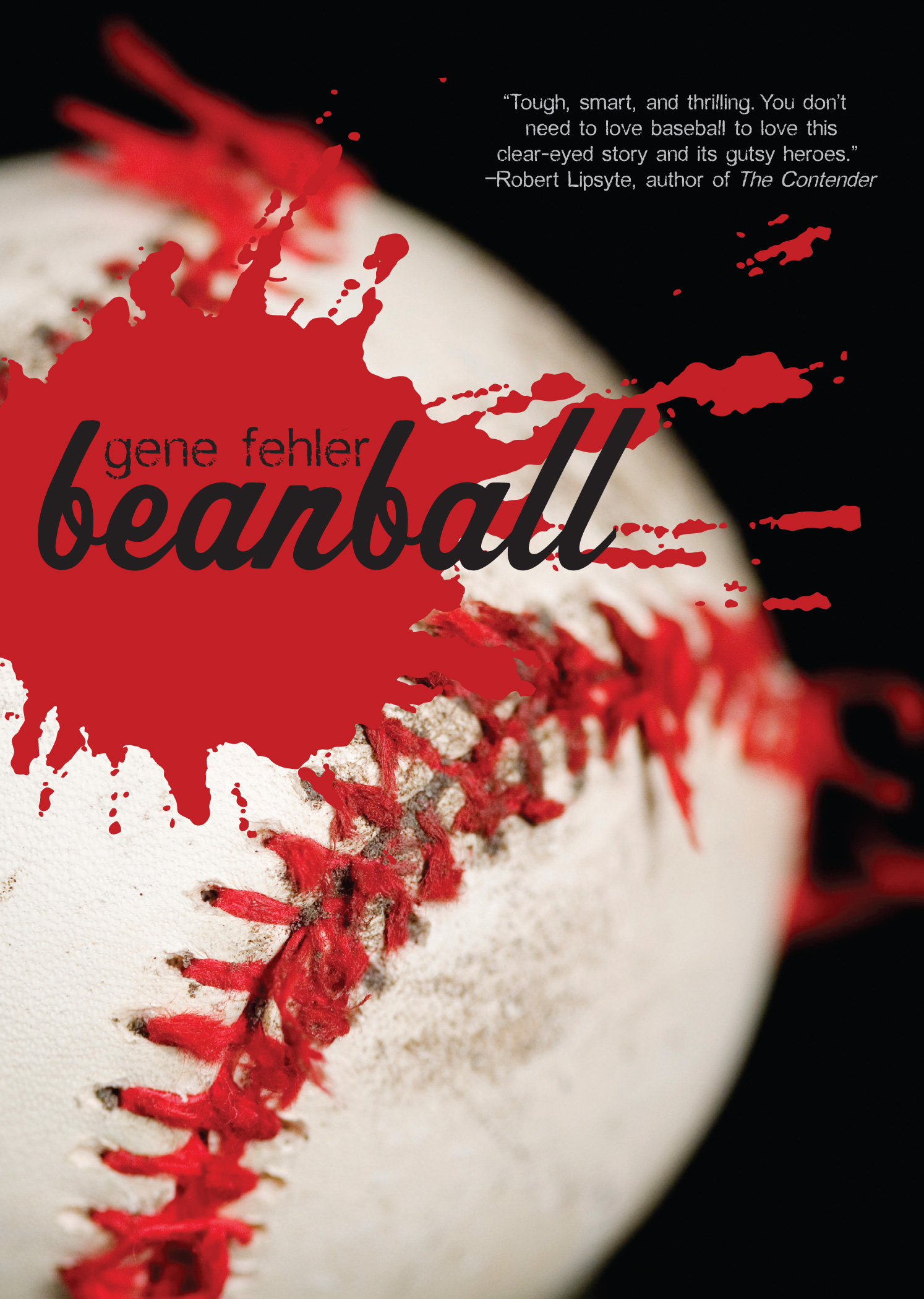