Antarctica: An Intimate Portrait of a Mysterious Continent

Journeying to the most alien place on the planet, science writer Gabrielle Walker presents a biography of Antarctica, weaving its history of exploration with the science currently being conducted there. Walker gives us glimpses at the marvelous creatures clinging to life above and below the ice, the international community drawn to an existence of extremes, the desolate stretches of surface that yield surprising information about life beyond our planet, and the crumbling ice shelves acting as global climate bellwethers.

Antarctica is the most alien place on the planet, the only part of the earth where humans could never survive unaided. Out of our fascination with it have come many books, most of which focus on only one aspect of its unique strangeness. None has managed to capture the whole story—until now.

Drawing on her broad travels across the continent, in Antarctica Gabrielle Walker weaves all the significant threads of life on the vast ice sheet into an intricate tapestry, illuminating what it really feels like to be there and why it draws so many different kinds of people. With her we witness cutting-edge science experiments, visit the South Pole, lodge with American, Italian, and French researchers, drive snowdozers, drill ice cores, and listen for the message Antarctica is sending us about our future in an age of global warming.

This is a thrilling trip to the farthest reaches of earth by one of the best science writers working today.

About the author
Gabrielle Walker

GABRIELLE WALKER has a PhD in chemistry from Cambridge University and has taught at both Cambridge and Princeton universities. She is a consultant to New Scientist, contributes frequently to BBC Radio, and writes for many newspapers and magazines. She is also the author of four books, including An Ocean of Air and Antarctica. She lives in London.

Antarctica is like nowhere else on Earth. While there are other wild places or ones that seem extreme, this is the only continent in the world where people have never permanently lived. In the interior of the continent there is nothing to make a living from – no food, no shelter, no clothing, no fuel, no liquid water. Nothing but ice.

People have long suspected there may be some kind of land at the bottom of the world. The Greeks believed in Antarctica saying, with the peculiar logic of philosophy, that there must be a far southern continent to balance out the land in the north. Poets and novelists dreamed up new races of humans inhabiting tropical southern lands, or a hole at the South Pole that gave access to a hollow Earth beneath.

They were free to dream. The great sailing expeditions of discovery, which showed European powers the new worlds of the west and the ancient ones of the east, were always forced to turn back if they travelled too far south; they were blocked by the great ring of impenetrable pack ice that circles the southern seas.

The first sighting of the continent’s outermost islands in 1819 did little to stop the speculation of what might lie beyond, and the first serious attempts to penetrate its interior took place barely a hundred years ago, in the heroic age of exploration by Scott, Amundsen, Shackleton and the rest.

Even now, although this land is bigger than Europe or the continental US, it has only forty-nine temporary bases, most of them on the relatively accessible coast.1 In summers there are perhaps three thousand scientists on the ice, plus another 30,000 tourists who come in on short visits, usually by ship to the western Peninsula. In winters, there can be just a thousand people on the entire continent.

The scale of the place is hard to grasp. You see a mountain or an island that seems a few hours’ walk away and decide to wander over and explore; five days later you’re still walking. The early explorers did this a lot. The problem is not just the size of the features – glaciers that make Alaska look small, mountains that dwarf the Alps – but also the absence of anything against which to judge them. There are no trees, or indeed plants of any kind; no land animals; nothing but glaciers, snowfields and sepia-toned rocks.

In spite of its size, Antarctica officially belongs to nobody. An international treaty, signed now by the forty-nine countries with a declared interest, forbids commercial exploitation and dedicates the entire place to ‘peace and science’. Thus, the continent is a science playground. Dozens of countries have gained themselves a placeholder for any future exploitation by building bases whose presence is justified by the noble pursuit of science. But whatever the true reasons that governments pump money into Antarctic science, the results extend far beyond the continent itself. Discoveries made there have dramatically changed the way we see our world.

For these reasons and many more I have been fascinated by Antarctica for more than two decades. I have visited five times, mainly as a guest of the huge American programme, run by the US Government’s National Science Foundation, through whom I spent several stints at the South Pole, stayed for four months at McMurdo – the main American base on the coast and the unofficial capital of Antarctica – and visited many of the US field camps scattered around the continent. I’ve also been a guest of the Italian, French, British and New Zealand governments. I’ve sailed to Antarctica at various times on a tourist ship, a British Royal Navy icebreaker and a science research vessel. I’ve driven on the ice in tractors, snow dozers, skidoos and strange tracked vehicles with triangular wheels, and flown over it in helicopters, Hercules transport planes and small ski-equipped Twin Otters.

And in all these experiences I have encountered some astonishing stories. Antarctica has much, much more than just ice and penguins. It is like walking on Mars; it is a unique window into space; it has valleys that time has forgotten; mysterious hidden lakes; under-ice waterfalls that flow uphill; and archives of our planet’s history that are unrivalled anywhere else on Earth. It is also a place of romance, adventure, humour and terrible cost. Since there is no prior culture or indigenous population, modern humans can write themselves afresh. For the people who go there, Antarctica is a carte blanche.

Even its apparent barrenness is a large part of its power. People are drawn to Antarctica precisely because so much has been stripped away. The support staff I met there told me that they had come not to find themselves so much as to lose the outside world. The continent lacks most of the normal ways that we interact in human societies. There is no need for money; everyone wears the same clothes and has the same kind of lodging – whether a tent, a hut, a dorm room or, in the bigger bases, an ensuite room that wouldn’t be out of place in a Travelodge; you eat the same food as everyone else; you forget about the existence of mobile phones, bank accounts, driving licences, keys, even children. (Almost none of the bases will allow anyone under the age of eighteen.) And with this simplicity of life comes a clarity that’s intoxicating.

That doesn’t just apply to your time on the ice. A sojourn in Antarctica brings with it a new way of seeing back in the real world. Christchurch, in New Zealand, is the main point of return for the American mega-base, McMurdo. The locals are used to the oddities of Antarcticans arriving after long months on the ice. Nobody is surprised if, while checking into your hotel, you ask for a glass of fresh milk along with your room key (there are no cows on the continent), or if you wander out of a restaurant forgetting to pay. And in the botanical gardens at the end of the season you can often find people sitting for hours, staring in wonder, as if they were seeing flowers for the first time.

With this book I have attempted to weave together all the different aspects of Antarctica in a way that has never been done before: what it feels like to be there; why people of all kinds are drawn to it; Antarctica as place of science, political football, holder of secrets about the Earth’s past, and ice crystal ball that will ultimately predict all of our futures. It is only when you see all those different aspects and how they interconnect that you can begin to understand this extraordinary place.

I have tried, in short, to write a natural history of the only continent on Earth that has virtually no human history.

Antarctica is made up of two giant ice sheets. Part One of the book is based around coastal stations on the East Antarctic ice sheet, the larger of the two. This is home to a bleakly beautiful frozen lake district, which is so like the Red Planet that it has been dubbed ‘Mars on Earth’. It’s also here that you can meet the ‘aliens’ of Antarctica, creatures that live on the coast there year round and have been forced into bizarre adaptations to cope with the extremes. There are fish with antifreeze in their blood, seals that live out the winter swimming non-stop beneath the sea ice, snow petrels that look angelic on the wing but are spitting maniacs close up, and penguins that put themselves through extremes of starvation and privation to rear each new generation.

For Part Two we move to the high plateau in the interior of the eastern ice sheet. This is where the astronomy happens, gia...

"Gabrielle Walker describes very well current activities on the vast ice sheet, from the constant discovery of new undersea life to the ongoing hunt for meteorites, which are relatively easy to track down on the white ice. For anyone who has ever wondered what it’s like to winter at 70 degrees below zero, her account will be telling...Absorbing."—Bill McKibben, New York Review of Books

"A dazzling array of narratives throngs Antarctica...Antarctica is still the 'world’s most mysterious continent,' as it remains the only one on which humans have never lived permanently. Walker captures that mystique through interviews with people who have made Antarctica part of their lives." —Nature

"Walker's a clear explainer and engaging guide, her descriptions evocative...The true protagonist here is Antarctica itself, and in Walker's rendering it easily carries that leading role."

"Walker tells in rich detail what it’s like to survive and do science on the only continent never inhabited by human beings. She spends time with dozens of investigators, revealing both their work and the inner workings of their minds...Walker offers a diverse sampling of the seventh continent and the science done there." —American Scientist

"A vivid portrait...We are all anxious Antarctic watchers now, and Walker's book is the essential primer." —The Guardian

"Walker gained access to a variety of fascinating places and projects. There are fresh and informative sections on the fauna and microflora of this harshest of all habitats, on the use of Antarctica as a terrestrial and cosmic observatory...Walker is also good at sketching the oddly beguiling world of the scientists and support workers who return year after year to Antarctic research stations." —The Telegraph

"Hugely informative...Walker uses direct speech to render the material digestible, allowing her protagonists to speak for themselves. She has a gift for lay analogy, as a popular science writer must." —The Spectator

"The fascinating story of Antarctica, from the hardships of exploration to its future survival." —The Ecologist

"Walker’s account affords a vibrant vicarious experience of traveling around the place on earth most like an alien planet." —Booklist 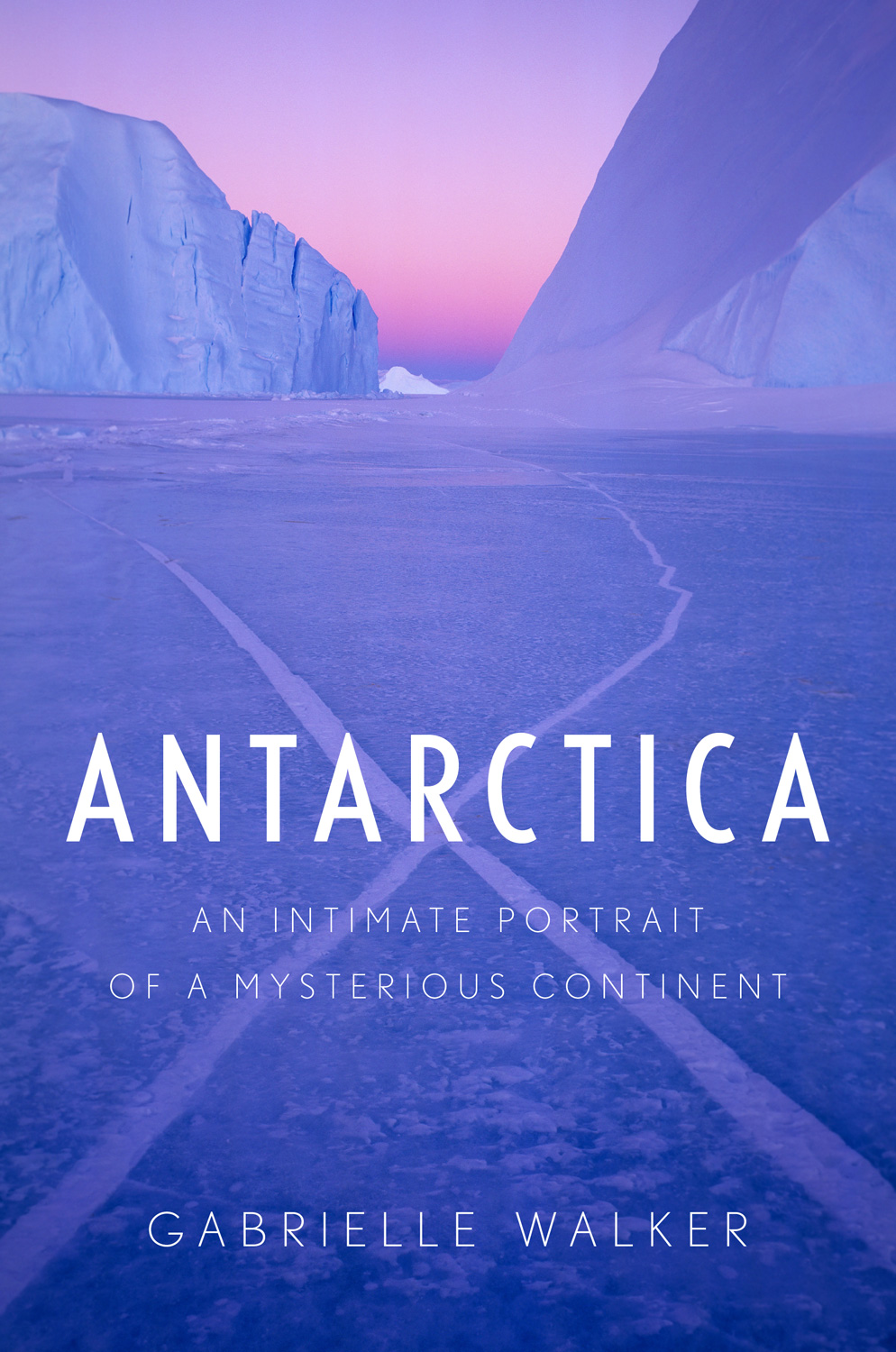