Among the Janeites: A Journey Through the World of Jane Austen Fandom

With warmth and humor, lifelong Janeite Deborah Yaffe opens the door on the quirky, thriving subculture of Jane Austen fandom.

For anyone who has ever loved a Jane Austen novel, a warm and witty look at the passionate, thriving world of Austen fandom

They walk among us in their bonnets and Empire-waist gowns, clutching their souvenir tote bags and battered paperbacks: the Janeites, Jane Austen’s legion of devoted fans. Who are these obsessed admirers, whose passion has transformed Austen from classic novelist to pop-culture phenomenon? Deborah Yaffe, journalist and Janeite, sets out to answer this question, exploring the remarkable endurance of Austen’s stories, the unusual zeal that their author inspires, and the striking cross-section of lives she has touched.

Along the way, Yaffe meets a Florida lawyer with a byzantine theory about hidden subtexts in the novels, a writer of Austen fan fiction who found her own Mr. Darcy while reimagining Pride and Prejudice, and a lit professor whose roller-derby nom de skate is Stone Cold Jane Austen. Yaffe goes where Janeites gather, joining a pilgrimage to historic sites in Britain, chatting online with fellow fans, and attending the annual ball of the Jane Austen Society of North America—in period costume. Part chronicle of a vibrant literary community, part memoir of a lifelong love, Among the Janeites is a funny, touching meditation on the nature of fandom.

About the author
Deborah Yaffe

DEBORAH YAFFE worked as a newspaper reporter in New Jersey and California for more than thirteen years covering education, the law and state government. She lives in central New Jersey with her husband, her two children, and her Jane Austen Action Figure.

The bottom drawers of Baronda Bradley’s dresser are filled to overflowing with kid gloves, ballet slippers, stockings, feathers, lace collars, nineteenth-century coins, smelling salts, period playing cards, drawstring reticules, a vintage sewing kit—all the accessories with which she augments the breathtaking Regency outfits she wears to each year’s Annual General Meeting of the Jane Austen Society of North America. A walk-in closet holds her thirty size 6 gowns—the green-and-orange with striped silk overlay, which premiered in Seattle in 2001; the flowered silk brocade day dress, from Los Angeles in 2004; the square-necked, pale-pink georgette with hand-embroidered bodice; the dark red with cutout sleeves and matching long velvet coat; the lace-and-silk confection so daringly low-cut that, at the Vancouver ball in 2007, she armed her friends with a code word (“Shakespeare!”) to deploy if they noticed a hint of areola peeking out.

By mid-2011, when I visited Baronda at the ranch house in Fort Worth, Texas, that she shares with three children, two cats, and a large boa constrictor named Honeybun, she had become a near-icon of the JASNA AGM—“Baronda of the two thousand dresses,” as she had been dubbed at Milwaukee in 2005. She was hardly the only person to attend the AGM in period attire—many dressed up for the Saturday night ball, and some also wore bonnets or morning dresses to the daytime lectures and discussions—but Baronda took JASNA costuming to a completely different level. In 2004, seven years after her first AGM, she had begun wearing Regency outfits not only throughout every moment of the conference but even en route, from the minute she left home until the minute she returned several days later. Wearing her bonnet onto the airplane was easier than finding space for it in a suitcase, and besides, she liked the stir she caused strolling through the airport in a floor-length, Empire-waist day dress. In her elegant gowns and headdresses, she felt different. “I’m no longer the usual mom, out there playing soccer or being graceless,” she says. “I know that as soon as I step out the door, I’m on display, and people are watching.” For JASNA conference regulars, anticipating Baronda’s new outfit had become part of the familiar yearly ritual.

It hadn’t always been this way. Back in 1983, when I attended my first JASNA conference, the Saturday night program featured a sober lecture on Emma delivered by a distinguished Jane Austen scholar. No one cleared away the tables after the banquet so we could promenade through English country dances in high-waisted gowns, feathered turbans, and opera-length gloves. Not until the early-twenty-first century did a Regency ball, period costumes optional, become a regular feature of JASNA’s AGM. But over the years, perhaps influenced by the visions of silk and lace in all those Austen movies, more and more people began dressing the part. Even the men, rare birds at a JASNA AGM, were squiring their be-gowned wives and girlfriends in cutaway coats, knee breeches, and brocade waistcoats. These days, a costume parade through the streets surrounding the conference hotel, with bystanders snapping cell-phone pictures of dressed-up Janeites, often preceded the dancing.

My reaction to these developments could be summed up in a single sentence: I will not be caught dead wearing a period costume to a Jane Austen ball.

I have always had a vexed relationship with clothes. I find shopping at best dull, at worst depressing—a recurrent reminder of how far my real-life body diverges from the ideal. I buy off-the-rack separates in dependable solid colors, own as few shoes as possible, and accessorize so rarely that when I had my ears pierced for the first time on my fortieth birthday, my brother dubbed this uncharacteristic fit of eccentricity my “midlife crisis.” Playing dress-up in costume is just as unappealing to me. As a child, I never much liked Halloween; the sugar rush couldn’t fully redeem the weeks of angst over what to wear. As for the adults who attended the JASNA ball in Regency attire—well, I was quite sure I was Not That Kind of Jane Austen fan. Yes, Baronda looked stunning in her many gowns, but to me dressing up seemed the province of the goofy, nostalgic types who were ready to trade modern life, with its antibiotics and feminism, for some imagined ideal of elegant living.

And yet, one spring day, there I was on eBay, searching for Jane Austen–style Regency gowns. How did I get here? I wondered helplessly, as I rejected the “1960s—VELVET—brown—BABYDOLL—Jane AUSTEN—Hippie—Dress,” which appeared to be so short that even Elizabeth Bennet’s wild sister, Lydia, would have hesitated to wear it in public.

The answer, of course, was research for that book the Jane Austen tarot cards had urged me to write. If I was going to discover what made my fellow Janeites tick, if I was going to experience the Janeite world in all its glorious diversity, I would have to immerse myself in aspects of the fandom that had never appealed to me. Interviewing Baronda of the two thousand dresses wouldn’t be enough. I would have to overcome a lifetime of resistance to dress-up and wear a Regency gown to the JASNA ball. And with that ball less than six months away, I couldn’t dither much longer.

Baronda Bradley wasn’t used to being admired for her appearance. Growing up in a lower-middle-class family in a small town near Fort Worth, she often felt invisible, or out of place. Her parents, who had blended their first names, Ron and Barbara, to create hers, exacted harsh discipline at the end of a belt. “They were very much ‘spare the rod, spoil the child’ people,” Baronda says. Saddled young with adult responsibilities for her two younger brothers and for the children who used her mother’s in-home babysitting service, Baronda felt more comfortable with adults than with her peers. She sang, played the piano, excelled in school, and developed consuming interests that she stoked with intensive research. She read everything in the house—her father’s car books, her mother’s dog books, whatever was stacked on the top shelf of her closet. One summer, she checked out every one of the public library’s books on cats. She was the smart girl, and the smart girl doesn’t get to be the pretty girl.

With no college-going tradition in her family and no money for tuition, Baronda knew she would have to make her own way. When she earned scholarships that would help pay her costs at the University of Texas, the congregants in the conservative Southern Baptist church her family attended were torn: some feared she would lose her way in the den of iniquity that was Austin, Texas, but others envisioned their bright girl, with her gift for languages, making a wonderful missionary’s wife. At college, Baronda studied psychology and French and played percussion in the band. Gradually, she drifted away from the no-drinking, no-dancing, submit-to-your-husband values she had grown up with. And she worked, paying the costs her scholarships didn’t cover with earnings from an array of different jobs. Eventually, she was working twenty to thirty hours a week.

It was all too much—the long hours at work, the academic course load, the depression that began to creep over her as she confronted the emotional fallout from her childhood. In more than one course, she squandered good grades when she fell into a funk and ski... 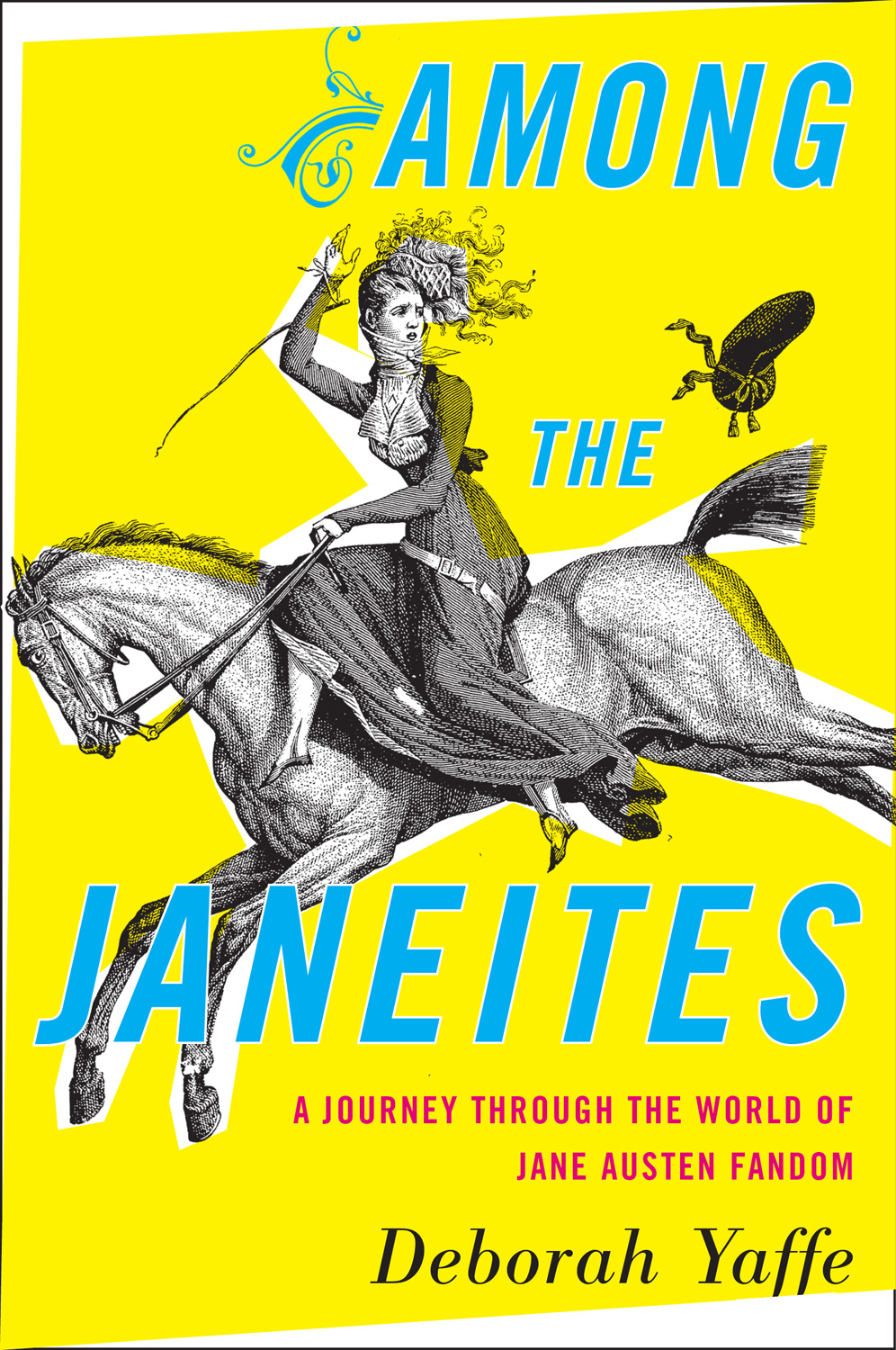